After years of states passing their own rules concerning cannabidiol – more commonly known as CBD – the federal government is now quietly taking the first steps to regulate it. 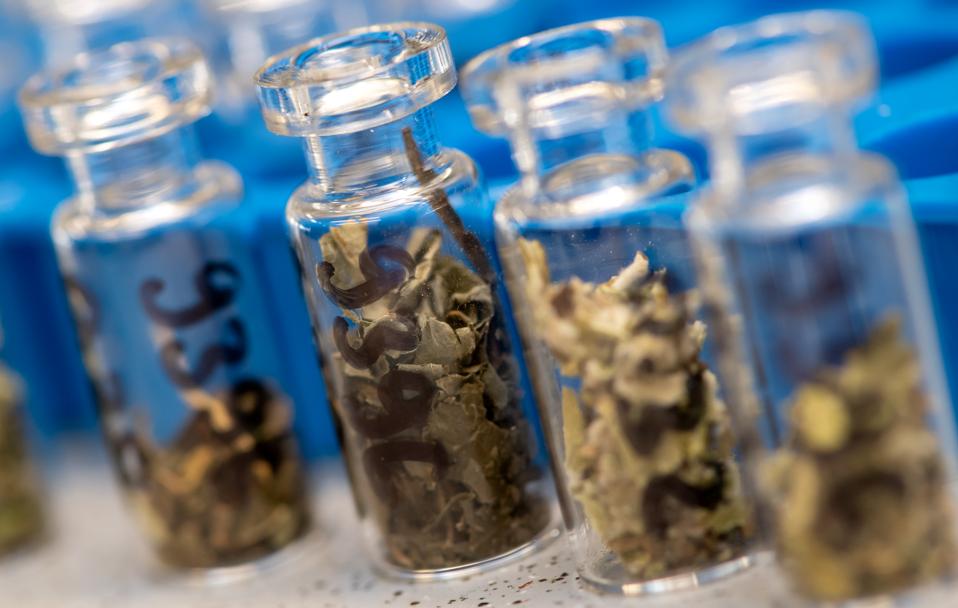 The F&B industry is ahead of them: You can already get CBD in gummies, oils, lotions and juices, and Arizona Iced Tea and Ben and Jerry’s have been testing it. But as states moved to regulate, the federal government sat on the sidelines, leaving CBD in legal limbo.  That began to change a couple of weeks ago in what could be the beginning of the biggest change for the CBD market since the Farm Bill of 2018 ended classifying hemp and products derived from it as controlled substances.

The United States Department of Agriculture (USDA) in late October published its interim final rules for domestic hemp production in the Federal Register, including rules regarding CBD, a product of hemp. How big a deal could this be? Think about the end of Prohibition. The federal government is finally creating standards that could help create a national marketplace. That could help move CBD from the margins to the mainstream, adding security, safety and consistency to manufacturing.

The proposed rules come as sales of CBD are expected to reach $13 billion this year, even as federal law tries to catch up with demand. CBD is getting too big to be ignored, and lack of reliable information and uniform regulation adds to confusion. The feds are finally arriving on the scene (let’s not call it a party) with the structure that’s needed.

The new rules would include federal aid for hemp farmers and could help ease access to insurance and loans, leading to bigger supply and more financing. There are also tough provisions, which could be good for consumers and companies, but will add costs for manufacturers and others in the supply chain. Hemp samples, for instance, would have to be delivered to DEA-certified labs 15 days before harvest and certified.

The USDA, however, is only the first federal agency to lay its hands on hemp and CBD. The Food & Drug Administration (FDA), which approved seizure drug Epidolex containing CBD, classifies it as an active ingredient in medications – which it regulates. The agency in late October said it’s continuing “to explore potential pathways for various types of CBD products to be lawfully marketed.” Manufacturing isn’t currently subject to FDA review. The USDA’s actions could help change that. The Grocery Manufacturers Association, for instance, is pushing for the FDA to issue final CBD rules instead of allowing “a maze of inconsistent, and often contradictory, state and local regulations” that can lead to a “regulatory mess.”

The USDA has also begun to regulate THC, the psychoactive ingredient in hemp sometimes included with CBD. The USDA indicates that, potentially, hemp could contain up to 0.3 percent THC or tetrahydrocannabinol, the limit in Canada and many other countries. The FDA is likely to fall in line with that as CBD becomes more common.

CBD’s popularity comes with often-exaggerated claims; some people look at it as a cure-all. That also could change with regulation. The FDA already issued warnings to companies making medical claims. As the feds begin to regulate CBD, some misinformation may vanish from marketing, which could lower sales, as the market sorts itself out, “weeding out” certain companies as others grow.

Money is already flowing into companies working with CBD. Altria, parent of cigarette giant Philip Morris, poured $1.8 billion into cannabis company Cronos Group. Beer distributors and Arizona Iced Tea are infusing drinks with CBD, hoping to experience (puns are just too easy here) higher sales. As the market for CBD continues to expand, it’s only a matter of time before CBD gets what the Grocery Manufacturers Association wished for: federal regulation.

While most industries dread regulation, it could prove essential for CBD to truly take off in food and beverage, providing safety to consumers and security for producers. The USDA has stepped off the sidelines, and the FDA is talking about stepping in. It looks like federal rules may finally be arriving, bringing standards and — get ready — red tape (which means compliance costs)  in a trade-off for quality control, consumer protection, and growth prospects. It’s starting to look like a national marketplace for CBD may no longer be a pipe dream.