Members of a long-running cannabis buyers club rallied in Victoria, B.C., Thursday while the club was raided and shut down by the province’s Community Safety Unit.

The Victoria Cannabis Buyers Club, a non-profit compassion club, was started in 1996 as a way to provide medicinal cannabis. It has operated a store on Johnson Street since 2001 and is currently unlicensed.

Angela Weeks, a member at the club for almost 20 years, called the raid „unjust.”

„These people are in heavy need,” he said.

Ted Smith, the founder and president of the club, says officers confiscated most of the retail product and shut down the store Thursday.

He says, however, he was fully expecting the raid to take place.

„Getting raided was no surprise because we’re not going to comply with the law if it’s not in the best interests of our patients,” Smith told host Robyn Burns with CBC’s All Points West. 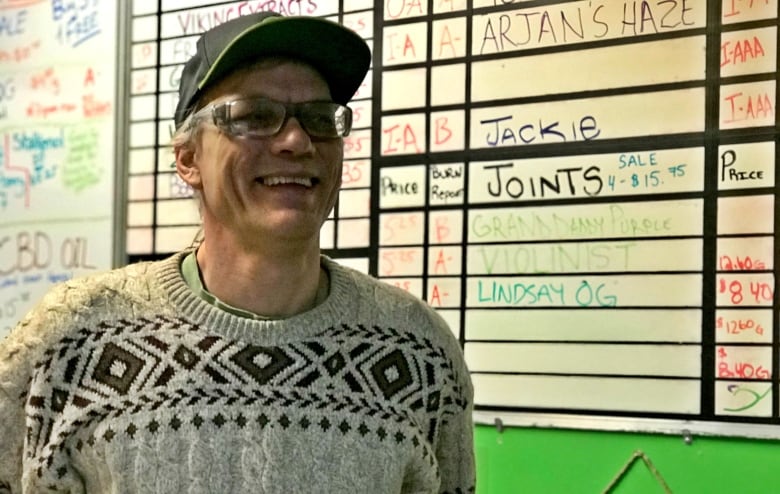 The Ministry of Public Safety provided a statement on behalf of the Community Safety Unit. It said storefront sales of medical cannabis are not permitted by the federal government and officers have visited approximately 200 unlicensed retailers to raise awareness about cannabis laws.

It added that CSU officers are now increasing enforcement action against those who continue to sell cannabis without a provincial license.

Smith said that although the club had considered applying for a dispensary license — even saving up part of the required deposit for the application — there are still several rules governing legal operations that they don’t want to follow.

This includes not being able to give cancer patients a discount and not allowing members to eat or smoke cannabis in the store.

Smith also says the potency in cannabis edibles for sale in government-approved stores is far too low for some of the club members.

„We obviously don’t want to be considered criminals. We want to be part of the legal system and make things work for people,” he said.

„But at this point, you know, we have a lot of cancer patients and arthritis patients and other seriously ill people that rely on our medicines.”

Smith said many of the club members are planning a demonstration at the legislature Friday to protest the raid.

„People have been misled to think legalization is moving along just fine,” he said. „But the fact is that this corporate takeover has not only just, you know, virtually destroyed the culture and economy that the illegal cannabis industry had generated, but is really harming patients and their options.”

Listen to the segment on CBC’s All Points West:

Ted Smith, the founder and president of the Victoria Cannabis Buyers Club, says he was fully expecting the raid to take place. 12:14