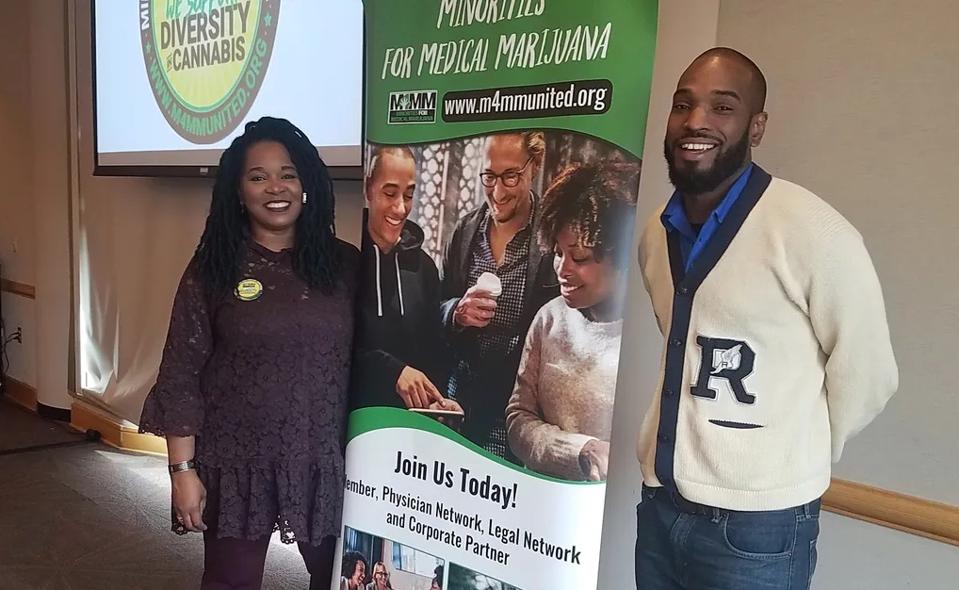 As US states continue opening their doors to cannabis businesses, a series of licensing boot camps aims to ensure diverse applicants are no longer shut out.

The two-day event, held in Chicago November 23 and 24, is designed “to provide education for minority, women, veteran and small-business owners seeking the resources needed to participate and thrive in Illinois.” Tickets for the Chicago event are $250, and include both days of training, breakfast and lunch, and course materials for a team of up to four people (discounts are also available by request).

After launching the series in Missouri earlier this year, M4MM has since offered pre-license training to minority entrepreneurs in New Jersey, and scheduled further events this weekend in Chicago and in Michigan on January 25 – in short, bringing support for equity applicants into those states on the verge of a cannabis boom.

In a phone interview, M4MM founder and CBLB coordinator Roz McCarthy noted that Illinois, like other states, is moving quickly to get its legal cannabis industry off the ground. “People there have been reaching out to us with a lot of questions,” she said. At the same time, “A lot of other people – investors, big out-of-state cannabis companies – have been hovering around Chicago.”

While Illinois has a strong equity component built into its licensing program, McCarthy said, minority entrepreneurs and people who’ve been hurt most by the drug war still have a steep climb toward actually getting licensed and making their businesses a reality. Pointing to industry issues in California and Massachusetts, for example, “A conditional permit [to operate] doesn’t necessarily turn into a successful business,” she said.

And the fact remains that, while Black and Brown folks and other minorities have borne most of the work and repercussions in US cannabis to date, they continue to be shut out of a booming, if not always immediately profitable, legal cannabis industry.

Congressman Rep. Hank Johnson (D-GA) commented during a House markup of the MORE Act this week that only one in five cannabis business owners today identify as minorities, and only 4% identify as Black. Johnson also pointed out that just starting a cannabis business often costs around $700,000, and involves a complicated, competitive, and potentially very pricey application process. All things considered, he said, “It’s obvious that we’re shut out of this business.”

In addition to giving people of color, women, and veterans an intensive introduction to their states’ particular business licensing procedures, the boot camps preview the nuts and bolts of dispensary operations and financing, and provide resources and support – both during the event, and in the weeks and months that follow – to make sure that successful businesses actually happen.

To that end, M4MM has partnered with California-based Oaksterdam University, which offers education and training on all aspects of the plant, and Florida-based national cannabis company Trulieve, the events’ presenting sponsor. The group has also booked top cannabis operators, willing investors, and leaders of Black-owned businesses to give participants a comprehensive but “not sugar-coated” introduction to the rewards and challenges of legal cannabis, McCarthy said.

“This is a highly regulated, compliance-led industry,” she said. “Whether they’re equity applicants or not, we want people to understand what will be required of them.” 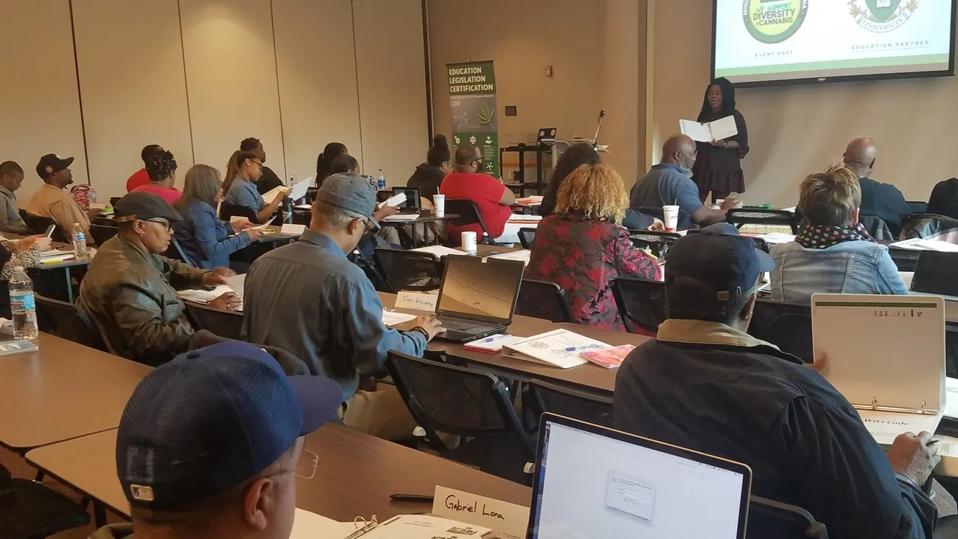 In Chicago, regulators will also be offering “a nice-sized chunk of licenses” to businesses, letting license holders operate up to 10 dispensaries – and because the state opted to allow adult-use sales (a.k.a. recreational), there won’t be a medical-card barrier for consumers.

“The MedMens of the world are looking at markets like these, and my concern is they may come in and [dictate] what’s good for their companies and shareholders, but not look at their footprint in the community,” McCarthy said.“I don’t want [smaller operators] to get lost in the fold.”

After getting positive responses from the first two CBLB classes, McCarthy’s team is working to map out states and communities across the country where people will need help getting started soon, as well as connecting with community members and potential local sponsors who can help the program to grow.

McCarthy also hopes that the training series can serve as “a call to action” for national cannabis brands, too, many of whom have shown little-to-no support for building equity into the industry.

As she and her small (but “strong”) team of industry members and volunteers try to work out, in real time, how to best support minority businesses and equity in cannabis, other companies are more than welcome to lend a hand: whether by offering monetary support, or simply donating their expertise, McCarthy said.

For example, licensing applications may include questions about security plans for dispensaries or other aspects of operations which McCarthy and other organizers may not be best positioned to answer – but companies who work in those areas could be, she said. Supporting M4MM’s work can be that simple, McCarthy said: “You do what you do, and we’ll do what we do.”

Trulieve CEO Kim Rivers echoed this call to action in a phone interview, and said she “immediately said yes” when M4MM first reached out to request the multi-state company’s support for CBLBs. “A commitment to diversity is part of who we are, and one of our core values,” Rivers said. “We think the world of the work that M4MM is doing across the country.”

Rivers also said that, for the cannabis industry as a whole to be successful, it needs diverse ownership, and not just talking points around that.

For example, she said, “We’ve made a commitment within our company to make sure we’re not only focused on it, both externally and internally — measured across the company, from our hiring process and retention to contractor relationships — but working to assure a diversity mix.”

“We still have work to do, but I believe our company is successful and profitable because of that work, not in spite of it, and I hope our success can be a testament to the value of having a diverse, inclusive organization.”

Regarding the pro-equity methods being pioneered by M4MM at present, Rivers added, “We’re very happy supporters.”