While speaking with the driver, a North Texas Sheriff’s Criminal Interdiction Unit deputy suspected that criminal activity was afoot.  The driver of the recreational vehicle consented to a search, which resulted in the discovery of the drugs. 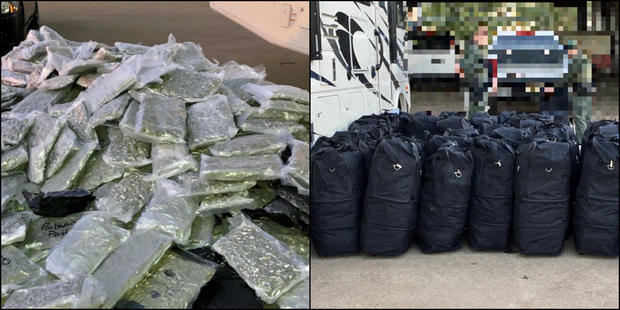 Sheriffs said the drugs and cartridges were from California and were headed to Georgia. One person was arrested.

In recent days, officials have seized drugs in other spots of the country, including Sunday near the U.S. border where a teen was accused of trying to smuggle in meth using a radio-controlled car. In October, Connecticut troopers said they stopped a truck carrying 420 pounds of marijuana.