Stress, anxiety, and depression are very prevalent in today’s youth, specifically among young adults in their early to late 20s. This accounts for a large amount of Oxford’s residents. Hempville CBD—located on Jackson Avenue between U.S. Nails and Great American Cookie—has turned some heads because recent studies have shown CBD oil and other hemp-related products have a positive effect on those suffering from ailments such as anxiety and stress.

Owner of Hempville CBD, Tony Barragan, discussed some of the positives CBD has to offer and why it has been gaining such popularity as of late. He said there are two receptors in our bodies—CB1 and CB2—that react well to CBD, which creates a reaction that causes homeostasis in our bodies, which creates relief. 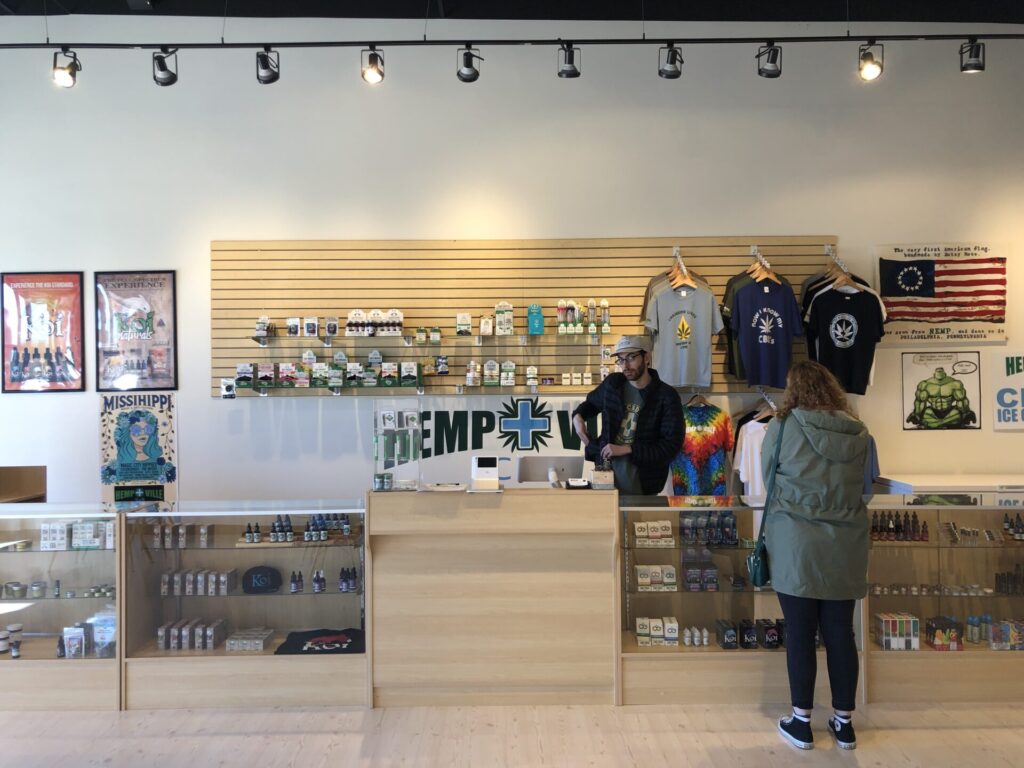 “Whether it’s working with inflammation, pain or anxiety, it’s all about how it balances out our endocannabinoid system. It helps certain receptors in our body react which causes balance,” he said.

According to an article from Harvard Medical School, CBD creates a relaxing, calming effect that does not make the user “high” and “has no effects indicative of any abuse or dependence potential.”

Barragan is a proud supporter of CBD and its positive effects on stress, anxiety, pain. So much so that he even gave up his previous business venture as the owner of Bim Bam Burgers to start Hempville. He said he personally knows a father and son who are reaping the healing benefits of CBD. The father was diagnosed with crippling arthritis at the age of 8 and had hip replacements at the age of 16.

“He took his money to get his prescription filled in Little Rock and bought CBD and he stopped taking opiates,” Barragan said.

Recently, the father’s 8-year-old son was behavioral issues at school. He had just transferred from Little Rock to Batesville when the father started giving him doses of CBD.

“It calmed him down. He didn’t want to go to school without a dose of CBD,” Barragan said.

The testimonials continue. Hempville’s Facebook page is littered with comments from people who claim CBD has had a positive impact with their pain management. Hempville even sells CBD in “treat form” for pets that suffer from seizures or separation anxiety.

The Hempville store isn’t very big but contains a vast array of products that best fit any customer’s CBD needs. The layout might remind customers of a dispensary or smaller head shop, but with completely legal products.

Barragan said he likes to take an educational approach with his customers and is willing to discuss each person’s best option for ingestion.

“Sublingual oil is the most popular way. You put a certain number of drops under your tongue and hold it there for 60 seconds,” he said. “We have a gland under our tongue that does well with absorbing. It works its way into the bloodstream and nervous system, and it takes its course.”

Barragan said the oil can often be more effective than vaping, another popular method of CBD ingestion. Options include vape oils, Juul compatible pods, and turpen (turpentine) which is 99% pure CBD.

“This is put in a mechanism, like a pen. That’s one of the most instantaneous ways to take CBD. Whether it’s for a panic attack or anxiety attack, migraines, chronic pain, you will feel it instantly,” he said.