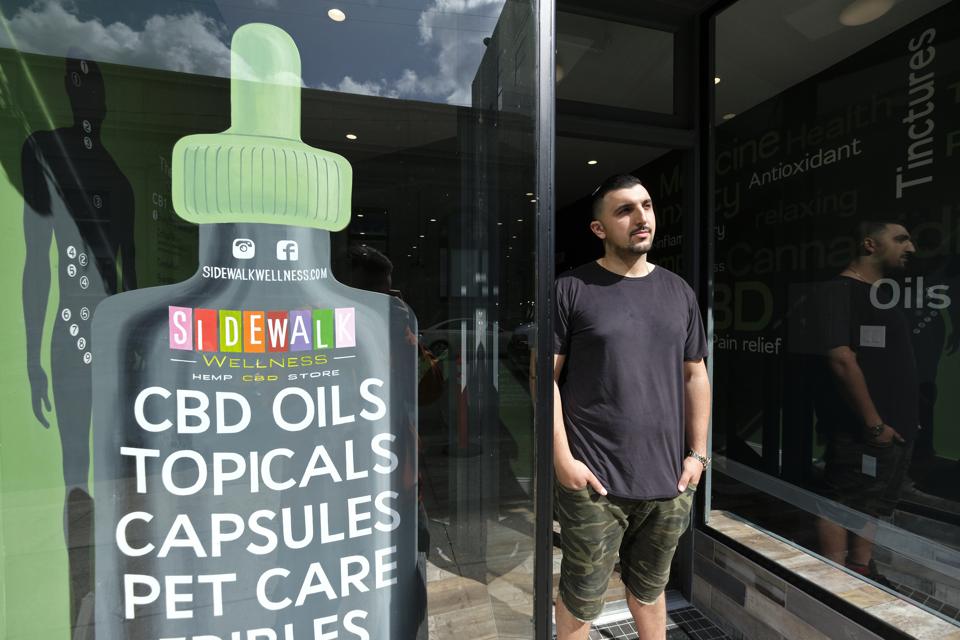 The Food and Drug Administration on Monday issued warning letters to 15 companies for illegally selling products containing Cannabidiol (CBD) in ways that violate the Federal Food, Drug, and Cosmetic Act.

The FDA also released a revised Consumer Update detailing its new safety concerns about CBD products, in particular the safety of CBD in food. The FDA said it couldn’t conclude that CBD is safe for use in human or animal food.

Cannabidiol, commonly known as CBD, is a compound in the cannabis plant that is used for anxiety, pain, Parkinson’s disease, Crohn’s disease, and many other conditions, but there is no good scientific evidence to support these uses.

The CBD market exploded after hemp was legalized in the annual Farm Bill last year. Hemp is a cannabis plant that does not have the psychoactive cannabanoid THC, which gets people high. The warning letter and the new consumer update could deal a blow to the CBD market, which has become the largest component of the growing U.S. cannabis market. CBD is marketed in a variety of product types, such as oil drops, capsules, syrups, food products such as chocolate bars and gummy bears, and topical lotions and creams.

The FDA said it was working quickly to further clarify its regulatory approach for products containing cannabis and cannabis-derived compounds like CBD. It said it would continue to monitor the marketplace and take action against companies that violate the law in ways that raise public health concerns.

„In line with our mission to protect the public, foster innovation, and promote consumer confidence, this overarching approach regarding CBD is the same as the FDA would take for any other substance that we regulate,” said FDA Principal Deputy Commissioner Amy Abernethy, M.D., Ph.D. in the written statement. “We remain concerned that some people wrongly think that the myriad of CBD products on the market, many of which are illegal, have been evaluated by the FDA and determined to be safe, or that trying CBD ‘can’t hurt’.” 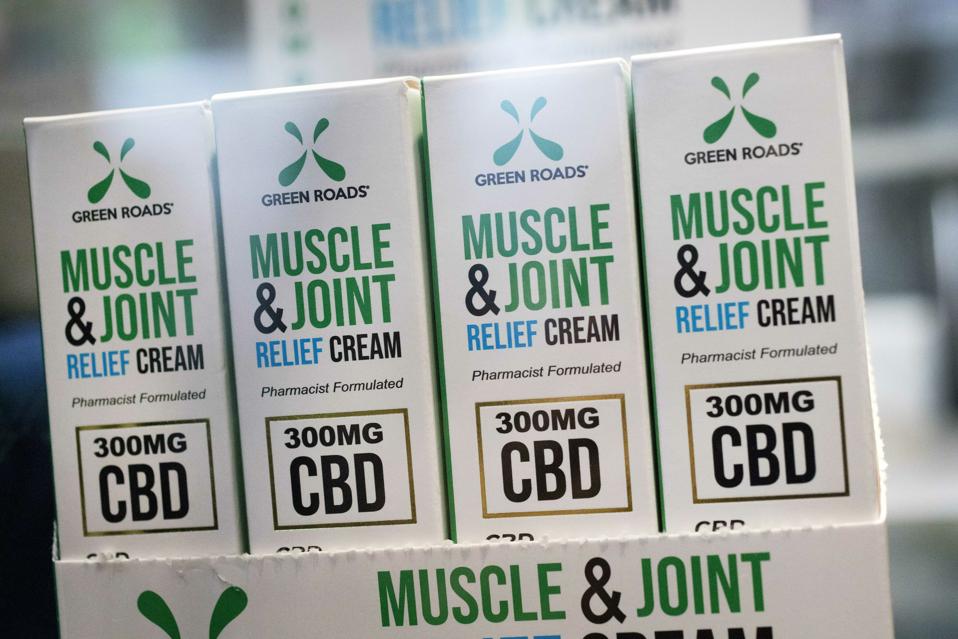 As soon as the farm bill passed a lot of companies that wanted to make edibles and drinkables started creating products using hemp-derived CBD.

„A lot are saying, 'CBD is good for you, look the FDA approved it and it’s good for childhood epilepsy’,” said Jason Wilson, research and banking expert for ETFMG, which runs the ETFMG Alternative Harvest ETF (MJ). „These companies also came out with marketing ads saying its good for pain, anxiety, sleep disorder, and muscle pain. They market it this way because CBD is legal. However, the FDA is pointing out that you can’t advertise it as a cure-all and it doesn’t mean you can start putting it in food either.” So far the FDA has approved only one prescription drug with CBD, Epidiolex, which treats two rare and severe forms of epilepsy. GW Pharmaceuticals (GWPH) makes it There has been massive proliferation of CBD companies that are not following any sort of standards or certifications. And the FDA has been testing CBD products to root out fake health claims. „These new warning letters say, 'we tested your products and they don’t have what you say they have in them.” said Nic Easley, the CEO of Denver-based Multiverse Capital, which runs three cannabis venture funds. „So people started to realize these are fraudulent products.” 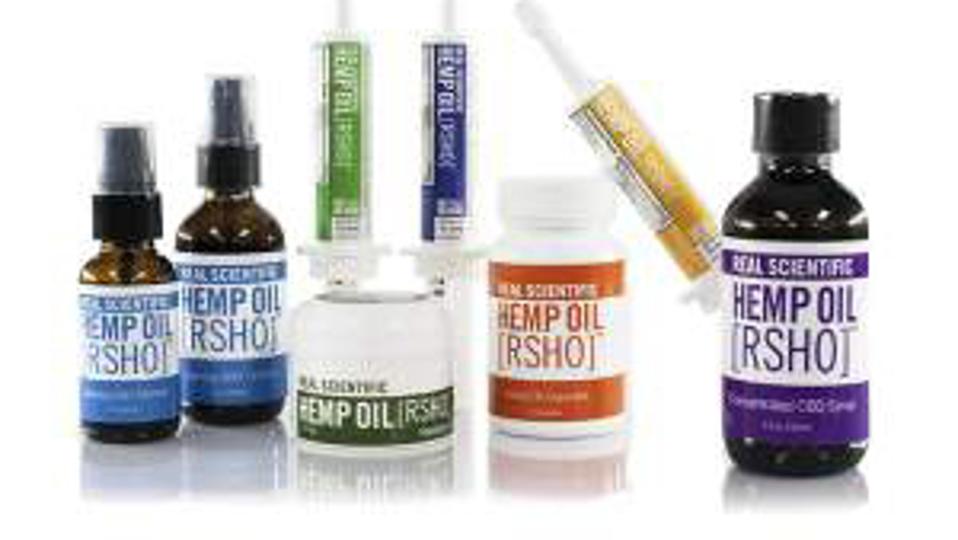 Easley said that 90% to 95% of CBD companies are fraudulent companies, because they have no testing, no authorizations, and no certifications.

„It’s one of the biggest snake oil sectors to emerge,” he said.

He added that many of these companies just popped up overnight and many of them don’t use hemp seed oil, or any cannabinoids.

„Granted there are some good companies, but the only CBD companies we are involved with is if they are medically licensed and producing it under a regulated authority,” said Easley. However, he added the warning letters could be a good thing as it was getting more people to talk about CBD.

The FDA said much was still unknown about CBD toxicity and some available data raised serious concerns about potential harm from the substance. The revised Consumer Update mentioned safety concerns related to CBD products, including potential liver injury, interactions with other drugs, drowsiness, diarrhea, and changes in mood.

“The FDA has mistakenly substituted the adverse effects of Epidiolex, a refined, isolated and semi-synthetic form of CBD, as being the same form of CBD that is being sold by those in the nutritional supplement industry,” said Dr. Stuart Titus, CEO of Medical Marijuana, which has created a CBD product pipeline throughout the U.S. „Nothing could be further from the truth. There is no evidence to show that botanical forms of CBD have more much „drug interaction” than normal foods or that the natural botanical form of CBD confers the “toxic liver effects” that the FDA mentions in its statement.”

Titus added that the CBD industry, the Hemp Roundtable and the U.S. Hemp Authority have been diligently working to increase their standards and industry-wide vigilance toward the quality of manufacturing, and other regulations regarding the production of a safe and well-tested form of CBD.

Michael Harinen, chief brand officer at Bluebird Botanicals, which makes hemp-derived CBD, said that the FDA brought up valid concerns about companies that are selling products with unverified medical claims or are unsafe for human consumption. Some of the products are tainted with pesticides or herbicides, he said, while other have little to no CBD in them.

„It’s affected our business because whenever the FDA comes out with an announcement, including this one, customers call us up,” said Harinen. „They are very wary and scrutinizing us. And they are concerned about the legal status of CBD.”

The companies receiving warning letters are: