Marijuana stock investors are probably thankful that there are only a few weeks left in 2019. It’s been a stinker of a year for them, with pot investments diving in value due to a myriad of negative factors (supply issues in Canada, high taxation on cannabis in key U.S. states that have legalized recreational use, etc.).

These days, it seems that when a sliver of optimism comes to this market, it’s soon blown away by a fresh gust of negative news. So last week, the U.S. Food and Drug Administration (FDA) issued a dire update on cannabidiol (CBD), which obliterated the goodwill around pot stocks following some movement on the cannabis legalization front. Let’s get right into it. 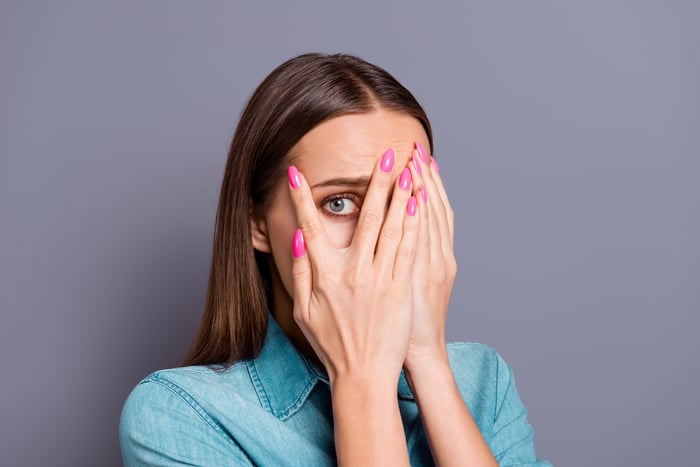 Among certain consumers, products made with CBD — the compound in cannabis that, unlike tetrahydrocannabinol (THC) does not get a user high — have been quite popular. That’s because CBD is purported to be useful for a range of medicinal uses.

This is not, however, the general view of the FDA. The federal health industry regulator issued a grim update to its guidance on CBD. In the document, it said it „is concerned that people may mistakenly believe that trying CBD 'can’t hurt’.”

It listed a series of potentially harmful effects from consuming CBD, including liver damage, male reproductive toxicity, and various forms of gastrointestinal distress.

The FDA stressed that much is still unknown about CBD’s effects on the body and the mind. This is a significant reason it has only approved the compound for use in a single drug — GW Pharmaceuticals’ (NASDAQ:GWPH) Epidiolex, which is used to treat two relatively rare forms of epilepsy.

Meanwhile, outside of GW Pharmaceuticals’ officially sanctioned medicine, CBD is the featured ingredient in many products sold on the burgeoning market for cannabis-derived goods. Given the broad health benefits it supposedly confers, it has found its way into oils, ointments, sleep aids, and many more offerings. The vast majority of these products „have not been subject to FDA evaluation regarding whether they are effective to treat a particular disease or have other effects that may be claimed,” the regulator wrote in the updated guidance.

„In addition, they have not been evaluated by the FDA to determine what the proper dosage is, how they could interact with other drugs or foods, or whether they have dangerous side effects or other safety concerns.”

Since many marijuana stocks are involved in the CBD trade, most fell in share price on the back of the FDA’s stark new warning (with the exception of GW Pharmaceuticals, as it’s the lone approved CBD medicine maker). Investors shouldn’t necessarily panic; the FDA added that it is currently working on deepening its knowledge of the substance. It plans to issue more consumer updates as that knowledge expands.

Still, the new warning hasn’t exactly filled the investing world with confidence about marijuana stocks. That being said…

Canopy Growth is spiking the drinks

…there are reasons for the market to be optimistic, even with the many challenges hanging over the cannabis sector. A big one is the coming of cannabis 2.0, in which the production and sale of derivative products like weed-laced drinks and gummy candies have been legalized by the Canadian federal government.

Yes, this occurred back in October but due to a mandatory 60-day notice period, producers of these goods weren’t able to sell them right away. This period ends in mid-December, so the launch of Canadian pot goodies throughout the country is coming very soon.

Canopy Growth (NYSE:CGC) hasn’t been standing idly by. Last week, the company announced a beverage production and development facility located in its Ontario headquarters building received an operating and secure storage permit from the Canadian government.

The company was raring to go. Once receiving the crucial permit it immediately launched production of a new line of pot-infused beverages, 11 in total, using a proprietary method called distilled cannabis. Canopy Growth said these libations will be available to consumers „within weeks.”

This is obviously good and encouraging news for Canopy Growth, but another company’s shareholders should also find it heartening. I’m talking about Constellation Brands (NYSE:STZ), the veteran alcoholic drinks producer that holds familiar tipples such as Corona beer and Svedka vodka.

Another big asset in Constellation’s portfolio is the approximately 40% stake it holds in Canopy Growth, which to put it mildly hasn’t helped its overall value. Because of the queasy drop in the value of Canopy Growth stock (by nearly 60% over the past six months), Constellation has been taking serious hits to its own fundamentals.

Should the imminent launch of these new drinks, however, affect an investor’s decision to buy one or both stocks? I wouldn’t say so, at least not yet. Cannabis 2.0 hasn’t been implemented in a meaningful way since no products have yet hit the shelves. We’ll get a better picture of the prospects for the derivatives segment when it goes live a few weeks from now.