Panelists at the 2019 Professional Liability Underwriting Society (PLUS) Conference in Washington D.C. this month said the ongoing vape crisis in particular highlights the need for better regulation..

“I think the [cannabis] industry is saying to the federal government, ‘Look, the time of the federal government’s only policy response to marijuana being criminal enforcement is over,’” said Ian Stewart, co-chair of Wilson Elser’s Cannabis Law practice. “This is now a public health crisis, people are dying because it’s not regulated.”

According to the Centers for Disease Control (CDC), as of November 20, 2019, there were 2,290 cases of e-cigarette, or vaping, product use associated lung injury reported from 49 states – all except Alaska – the District of Columbia and two U.S. territories – Puerto Rico and the U.S. Virgin Islands. Forty-seven deaths have been confirmed in 25 states and the District of Columbia as of November 20, 2019, as well.

Recent CDC laboratory test results of bronchoalveolar lavage (BAL) fluid samples from 29 e-cigarette and vape associated lung injury, or EVALI, patients submitted to CDC from 10 states found the cutting agent vitamin E acetate in all of the samples. Vitamin E acetate is an additive in some THC-containing vape products.

This is the first time the CDC has detected a chemical of concern in biologic samples from patients with these lung injuries, according to its website. Its investigation into the vape crisis is ongoing, with the latest outbreak information updated on the CDC’s website every Thursday.

“The good news is the CDC thinks they’ve identified the source of the problem, in terms of vitamin E acetate,” said Eduardo Provencio, general counsel at Mary’s Brands. “But there’s still a lot that needs to be done.”

States including Massachusetts, Michigan, Washington and Oregon have taken positions on either a moratorium or restriction on vaping, Provencio said.

Most recently, Bloomberg reported Juul Labs Inc. is being sued by New York for targeting teenagers in advertisements for e-cigarettes and making misleading statements about nicotine content in vaping products. The lawsuit was announced November 19 by New York Attorney General Letitia James one day after California filed a similar complaint against Juul. 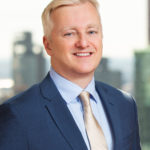 However, Provencio said he believes these state actions are not the correct approach as they conflate two issues: safety and underage vaping.

“[These states] used this health issue as a way to regulate underage vaping, and I think that’s certainly a huge issue we have to deal with, but I don’t think this is the platform for which they ought to be doing it,” he said.

That said, Marijuana Business Daily has projected that by 2023, the cannabis retail industry will be an approximately $30 billion industry, and panelists emphasized the importance of moving toward regulatory uniformity in terms of not only vaping, but the use and sale of cannabis overall.

“The risks that we’re seeing have arisen out of failure to comply with regulatory requirements,” Stewart said. “We’ve got this very dynamic regulatory environment where states are changing and updating their regulations.”

Stacey Jackson, general counsel for Golden Bear Insurance Co., pointed to one example of regulatory risk in which attorneys assisting cannabis operators to become licensed could subject those businesses to large damages if there is a failure to comply with specific requirements in the licensing process. 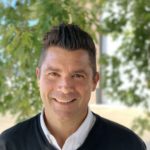 “The cannabis operator is out there securing a space, training employees, purchasing perhaps even millions of dollars’ worth of equipment, and if the attorney is not on the cutting edge – knowing exactly what is necessary in order to assist that client in becoming licensed – and fails to meet those requirements, you can see where a claim would arise,” she said.

The problem, she explained, is that many states approach licensing differently. Some states only allow a small number of licenses with vertical integration, meaning the same license holder will be the cultivator, manufacturer and distributor.

“In California, you can get a license for cultivation, a license for manufacturing, a license for distribution and transportation,” she said. “So different states are doing it differently, and it’s not an area that an attorney should dabble.”

Another regulatory risk area is on the testing labs side, panelists added, as these labs are subject to continuously evolving requirements.

“You might have 22 elements that are being tested on this date, and then an additional 22 that are imposed on that testing lab six months from now,” Jackson said. “If that testing lab fails to comply with the regs and does not test the additional components, then the Bureau of Cannabis Control in California or a regulatory body in any other state can come in and recall all those products, and again, expose the testing lab to damage claims from the retailers that have the products on their shelves.”

In the CBD space in particular, difficulties have arisen from a lack of uniformity between state requirements, panelists said.

“One of the problems is that it changes basically day to day,” Provencio said. “I mean right now, we haven’t seen a whole lot of changes because every state legislature is not in session. They probably won’t be in session until January.” 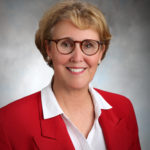 In light of varying state requirements, Stewart addressed the one question that seems to be on the minds of everyone in the cannabis industry: how will marijuana be regulated by the federal government?

“We’re not really sure, but likely, it will be in different pathways,” he said.

Currently, THC, CBD and other cannabinoids are being regulated like pharmaceuticals by the FDA, and he believes that will continue to happen.

“THC, sort of the adult use type products, need to be regulated,” he said. “We don’t know exactly how they’ll be regulated, but they’ll hopefully be somewhat like alcohol…where the states will probably take the lead in terms of enforcement, but it will be overseen by some federal legislation.”

Hemp products are regulated by the USDA and that will likely continue, Stewart said. Hemp-derived CBD products, however, are “a big unknown right now,” he added.

“There’s a lot of conflict between the FDA position and different states which are legalizing CBD for ingestible use under state law,” Stewart explained. “This needs to be worked out. I think the FDA will stay involved in that process. I don’t think there’s a real short-term solution there, but we’re watching it.”

With so much regulatory uncertainty and the cannabis industry still in its infancy, Stewart emphasized that one of the most important factors in avoiding damages and insurance claims in this space is careful due diligence.

“The bottom line,” he said, “is that there is risk with cannabis.”