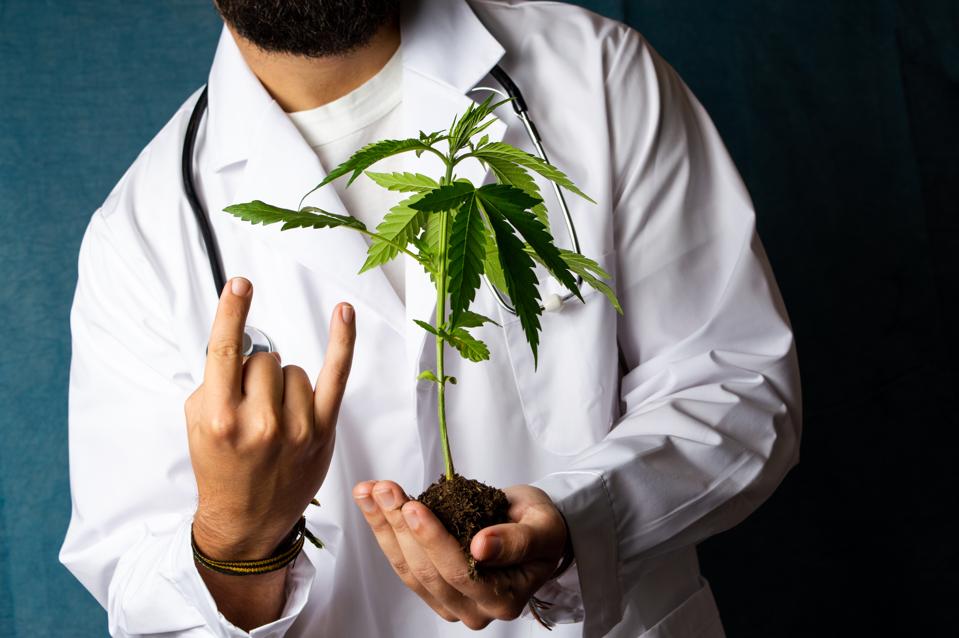 There is something fishy going on in the United States concerning the government’s negative stance on CBD (cannabidiol). The scientific goons over at the U.S. Food and Drug Administration (FDA) recently published an updated statement on the non-intoxicating cannabis derivative that was seemingly intended to horrify the average consumer to its core. Considering that Good Morning America ran with the story, it is conceivable that millions of scared people are out there right now tossing their CBD bottles in the trash.

But such a drastic reaction might not be necessary.

The FDA, which is responsible for ensuring that all of the food, beverages and drugs that we put into our bodies are safe and effective, says that CBD products run „real risks” for those who have bought into the hype. Not only can CBD cause liver injury, the agency stated, but it can also bring about adverse drug interactions, sedation, diarrhea, mood swings and, to make matters worse, it might also cause men to shoot funky sperm, shrink their testicles and decrease testosterone.

„CBD has the potential to harm you, and harm can happen even before you become aware of it,” the FDA wrote.

The agency’s latest news suggesting that CBD might ruin lives should come as no shock to anyone who has been paying attention.

Over the summer, the FDA said, „there are many unanswered questions about the science, safety, and quality of products containing CBD,” pointing out that in addition to causing liver problems its reputation as a miracle cure has been blown out of proportion.

„Misleading and false claims associated with CBD products may lead consumers to put off getting important medical care, such as proper diagnosis, treatment, and supportive care,” the FDA wrote. „The agency has warned companies CBD products they claim are intended to prevent, diagnose, treat, or cure serious diseases such as cancer, Alzheimer’s disease, psychiatric disorders and diabetes.”

But Uncle Sam’s health cronies seem to have forgotten how the World Health Organization (WHO) came forward a couple of years ago to say that CBD was potentially healing and safe for human consumption. The report, which was written by the agency’s Expert Committee on Drug Dependence (ECDD), found that CBD shows some promise in the treatment of a variety of health conditions, including Alzheimer’s disease, cancer, epilepsy, psychosis and Parkinson’s disease.

„To date, there is no evidence of recreational use of CBD or any public health-related problems associated with the use of pure CBD,” WHO wrote.

The FDA also seems to have overlooked the fact that one of its colleagues in crime came out a few years ago with nothing but positives to say about CBD. In 2015, Nora Volkow, director of the National Institute on Drug Abuse (NIDA), said CBD is a „safe drug with no addictive effects.” She even took her statement up a notch by saying that „preliminary data suggests that it may have therapeutic value for several medical conditions.”

So, if WHO and NIDA believe CBD should be considered medicine – and that it is safe — what’s with all the negative jibber jabber coming from the offices of the FDA?

Well, it all started after the agency approved the first-ever cannabis-derived medicine in the U.S. called Epidiolex. The FDA green lit the drug specifically to treat two types of rare seizure disorders. But upon reviewing the fine print of this transaction, it turns out the drug (nearly 100 percent cannabis-derived CBD) caused liver injury in some children during the clinical trial phase.

The FDA asserts, however, that this risk can be minimized when used under the care of a physician, but it doesn’t believe the same holds true for those folks using it all willy-nilly.

But it appears that the FDA is more interested these days in issuing scare tactics than it is in regulating cannabis products. We now know that the claims about CBD causing liver problems are real, but that they are only a concern in high (extremely high) doses.

To put this into perspective, though, it is also possible for people to suffer liver damage from a variety of medicines and dietary supplements that most of us consume on a regular basis. So there’s that. Americans have been putting their livers at risk for a long time. Alcohol, acetaminophen, sugary beverages. The list of FDA-approved hazards is endless.

And there doesn’t appear to be any validity in the FDA’s wild claims about CBD causing shrinkage and snags in the male reproductive system. Whew! You can rest easy, boys.

Truth be told, there is so much more research that needs to be done on the CBD compound before we truly have a grip on the pros and cons. We need more research and strict testing guidelines.

But at this point in time, none of the negatives that appear in the FDA’s update are cause for too much concern.

On the flip side, however, consumers must purchase high-quality CBD to ensure they are not getting toxic products. There are legions of CBD sellers out there right now with products that are not sold as advertised.

Studies have shown that a lot of CBD is inconsistent trash, having either more or less of the active ingredient than what is printed on the label. It’s Thunderdome out there because, contrary to popular belief, the FDA still hasn’t figured out how to regulate these products. That’s right, CBD is not FDA approved. Still, that hasn’t stopped the agency from chastising the product and striking fear in those who pursue its potential benefits.

The best advice I can give anyone who is CBD curious is to always seek out a reputable dealer. Where can you find one of those? For starters, look to legal marijuana states where the law demands rigorous testing protocol and other critical steps to ensure product safety.

Sure, it might be easier to just buy it down at your neighborhood convenience store or truck stop, but I would avoid doing that like the plague. In some cases, purchasing CBD in these places has landed people in the emergency room due to poisoning from synthetic marijuana.

Remember, fake CBD is everywhere. But then again, so is the propaganda. Spend some time doing research and, well, act accordingly.

Side note: If anyone has reason to believe that the FDA’s testicle shrinkage claim is true, please let a brother know!