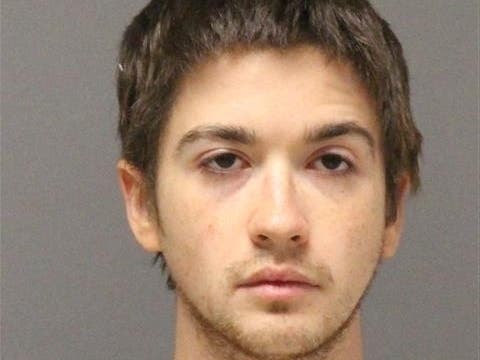 BRICK, NJ — Brick Township police seized hundreds of vaping cartridges laced with THC and more than $127,000 in cash as they shut down a THC vaping cartridge manufacturing and drug distribution operation in the township.

Police Chief James Riccio merged the township’s Drug Enforcement Unit and the Selective Enforcement Team and created the Street Crimes Unit, Sgt. Jim Kelly said. The new unit is under the direction of Detective Capt. David Forrester of the Investigative Division and has been focused on making arrests on everything from vehicle burglaries to drug offenses.

This week, the unit made one of its biggest busts to date, Kelly said.

On Wednesday night, Dec. 4, the Street Crimes Unit investigated after seeing suspicious activity in the parking lot of the Walmart on Route 88.

Thomas Ryan, 60, of Brick, and Kyle S. Jakubowski, 22, of Point Pleasa-nt, were seen exchanging a package in the parking lot and then going their separate ways. Police followed Ryan as he left the area, and other officers kept watch on Jakubowski, Kelly said.

The investigation, which included assistance from an Ocean County Sheriff’s Office K-9 Unit, led to the search of Jakubowski’s vehicle, and a search warrant for Ryan’s home.

The searches turned up:

Ryan’s vehicle and a storage unit were seized as well, Kelly said. A day later, search warrants executed on the car and the storage unit, which belonged to both Ryan and Jakubowski, led to the seizure of

Ryan was charged with multiple counts of possession of a controlled dangerous substance and manufacturing/dispensing of CDS. He also was charged with the first-degree crime of maintaining/operating a CDS production facility and possessing property derived from criminal activity.

Both men are being held at the Ocean County Jail awaiting detention hearings.