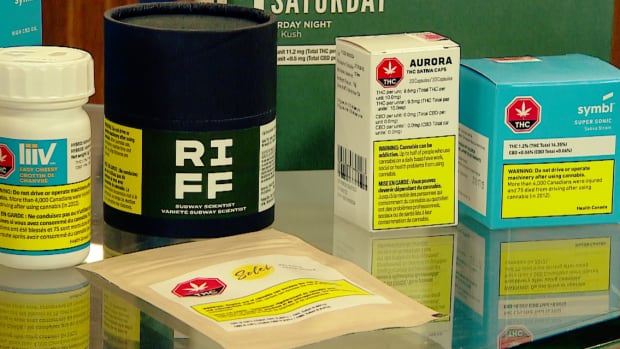 Changes to Manitoba’s Liquor, Gaming and Cannabis Control Act will make it illegal possess cannabis without federally-approved packaging, in an effort to crack down on illicit pot. (Monty Kruger/CBC)

New rules come into effect Jan. 1 in Manitoba that will allow officers to ticket people caught with illicit cannabis, rather than charging them and sending them to provincial court.

The changes to the province’s Liquor, Gaming and Cannabis Control Act will also make it illegal to possess cannabis that is not packaged, stamped and labelled in accordance with federal legislation, or to possess more than 30 grams of non-medical cannabis at a time in a public place, in Manitoba.

Anyone caught could be fined up to $672.

However, cannabis users will be allowed to remove legally-purchased pot from its original packaging for storage, says a press release from the provincial government.

„These legislative changes about possession restrictions give provincial inspectors the ability to seize illicit cannabis, helping us crack down on the illicit market without further increasing the burden on police officers,” said Justice Minister Cliff Cullen in a press release.

Under the changes, provincial inspectors will also be able to hand out tickets for illegal cannabis.

Last September, the province established pre-set fines for other cannabis-related offences, including supplying cannabis to a person under the age of 19, smoking and vaping in provincial parks, transporting improperly stored cannabis and failing drug-screening tests as part of the graduated driver licensing program.