The word “cannabinoid” is becoming a household name with approval for medical use of marijuana in 33 states. Cannabinoids collectively define all the plant alkaloids found in a marijuana plant. The federal government considers all forms of marijuana as a Schedule I drug and therefore illegal. Nevertheless, marijuana is approved for recreational use in eleven states.

There are more than one hundred chemical compounds known as cannabinoids. By initials, the most common ones are THCA, CBDA, CBGA, CBCA, CBGVA, THCVA, CBCVA, CVDVA, which exist as acids in the marijuana plant. As acids, they lack intoxicating effects, but some may have antibiotic properties. When these chemicals are heated, the acid is converted to an active form. So, for THCA, it is converted to THC (tetrahydrocannabinol). The most abundant compounds found are THC and CBD (cannabidiol). 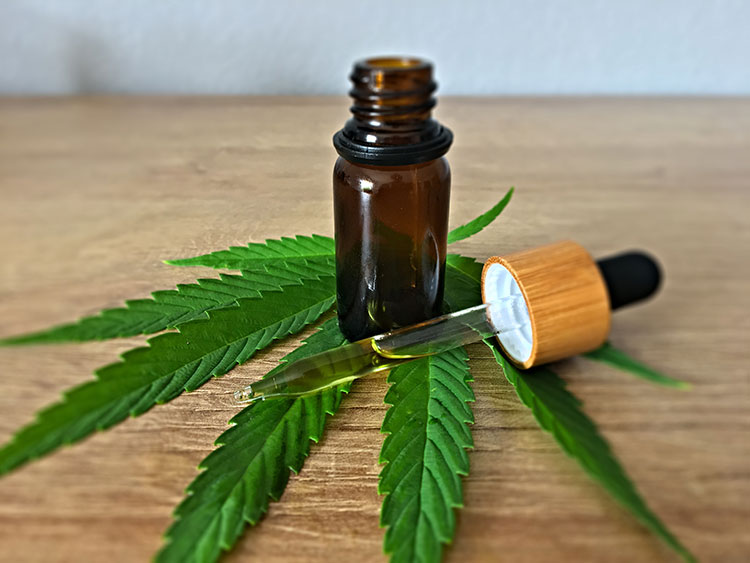 There are specific receptors for cannabinoids in the brain and other parts of the body. It is referred to as the “endocannabinoid” system. These receptors in the brain work contrary to the way brain synapses usually function. The end-result is a modification of neurotransmitter release. This endocannabinoid system has effects on sleep/wake mechanisms, appetite control, pain, and the immune system.

It has been shown that there are more exaggerated effects when CBD is combined with THC. There is greater sedation when the two chemicals are used together. Most of us are aware of the sedating effects and increase in appetite seen with THC. But what about CBD?

CBD is one chemical that stops the breakdown of amandamide in the brain. Amandamide is a neurotransmitter important for memory, motivation, higher thought processes, and movement control. It plays an important role in pain, appetite, and fertility.

When CBD is combined with THC in specific ratios, there is significant pain relief in patients with either multiple sclerosis or arthritis. CBD alone has a good effect on treating anxiety. Multiple doses have been studied, but 300 milligrams in adults has been the only effective dose. There have also been successful studies attesting to CBD’s effect in alleviating sleeplessness and post-traumatic stress disorder in children. It is somewhat questionable as to CBD’s effect on another neurotransmitter, serotonin, and whether it can be effective in treating depression.

CBD combined in specific ratios with THC has had some success in treating cancer chemotherapy side effects, namely nausea and vomiting, as well as pain related to some cancers. These effects are more pronounced than when THC is used alone.

There are some good results in treating acne with topical CBD. But what is more promising are treating neurological disorders with CBD. Spasticity experienced in multiple sclerosis patients is alleviated 75% of the time. About one-third of the patients with epilepsy have a significant decrease in the number of seizures when CBD is part of the drug regimen. New studies using CBD to treat Parkinsonism show promising results. There are a few studies attesting to CBD’s positive effect on cognition in Alzheimer’s patients.

Some other CBD studies show good results in reducing mild to moderate high blood pressure, use as an antipsychotic, use as an exchange agent in treating substance abuse, and for producing decreases in blood sugar. More work needs to be undertaken to determine the exact CBD mechanism and effect as an anti-tumor agent.

The main side effects of CBD include diarrhea, changes in appetite, fatigue, and sleepiness. One question about changes in appetite: does CBD really convert bad (white) fat to good (brown) fat? In a few studies, there are mixed results as to the net result being weight loss or weight gain.

CBD can minimize some THC undesirable effects including paranoia, heart palpitations, and impaired thinking. It is so important to have the most effective ratio of CBD to THC to maximize the benefits of the combination. Once again, as I had reported in other articles, to me it is all about balance — amongst neurotransmitters, ideal ratios of CBD to THC, as well as other chemicals.

CBD is available in a variety of forms. It can be smoked as a weed (from the plant source). It comes in a powder form as well as raw oil, in cartridges, vape pens, and syringes. Other products containing CBD include edibles, elixirs (alcohol-based), sublingual sprays, capsules, and topicals.

It seems to be very promising that the benefits of cannabinoids, in particular CBD, will be extensively important in treating a variety of medical conditions.