LANSING — Pot is a power-hungry crop.

Indoor marijuana grow facilities gobble up massive amounts of electricity, prompting a push from some environmental advocates for energy efficiency in the industry.

Michigan’s marijuana laws do not directly address energy efficiency, but some utilities say they will work with growers to help them cut back on electricity.

That usage will only grow as more states legalize the recreational and medical marijuana industries.

Electricity usage among cannabis cultivators is expected to increase 162% nationwide between 2017 and 2022, according to researchers with New Frontier Data, a firm that studies cannabis.

On average, a marijuana grow facility uses 70 times more electricity for lighting than a commercial office building, the researchers found. 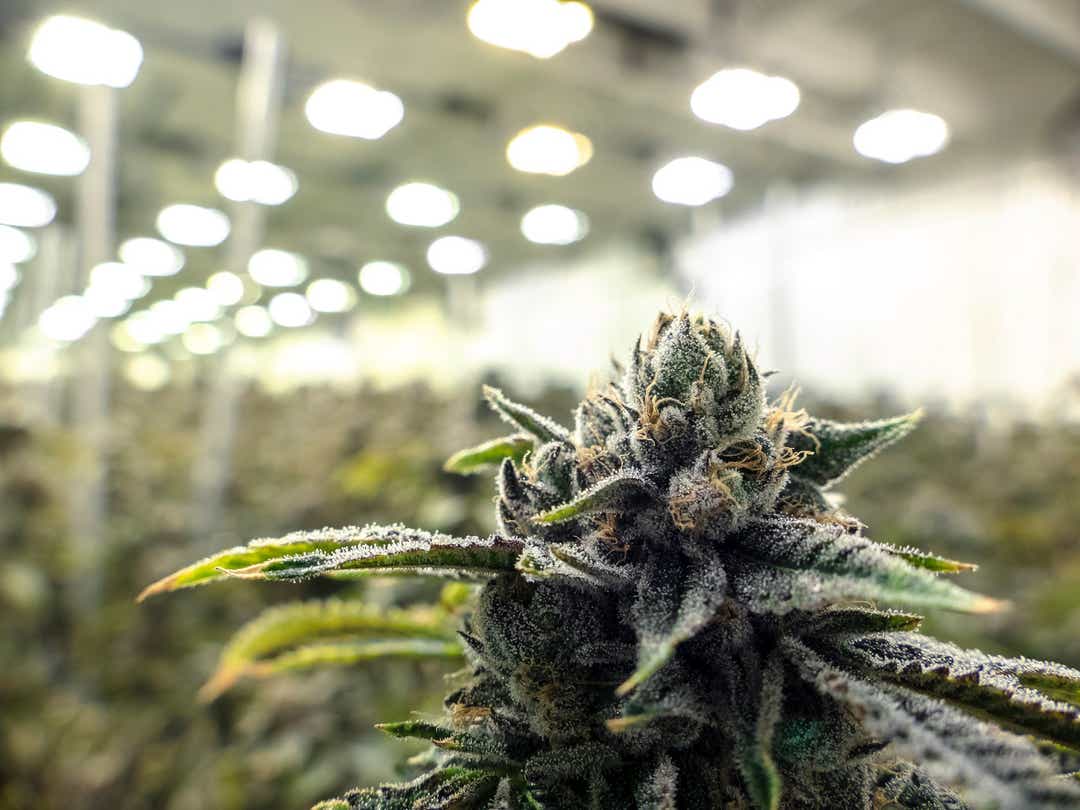 Greenhouses and outdoor farms are less energy intensive since they rely on sunlight.

In the Midwest, where weather is inconsistent, most grow facilities are indoors.

Carbon-dioxide emissions, often a byproduct of fossil fuels, are a major contributor to climate change.

Michigan law does not require grow facilities to operate completely indoors, but it does specify that marijuana plants at the facilities cannot be visible to passersby. State rules require outdoor commercial growers to keep the plants behind locked fences or other enclosures.

Commercial recreational marijuana growers are starting to go online in Michigan, after voters legalized recreational use of the drug in 2018.

Medical marijuana has been legal in Michigan since 2008 and commercial medical grows have been operating legally in the state for more than a year.

Granular data on energy use at cannabis grow facilities is lacking, in part due to the drug’s illicit history, said Molly Graham, a senior program manager for the Midwest Energy Efficiency Alliance, an environmental advocacy group. The alliance has pushed states, including Illinois, to regulate energy efficiency in the cannabis industry.

Cannabis remains illegal at the federal level, but more than 30 states have legalized marijuana in some form.

Furthermore, many businesses are hesitant to release details about their growing processes, including how they use lighting and HVAC systems.

„Growers kind of see it as their secret recipe to growing a quality product,” Graham said. 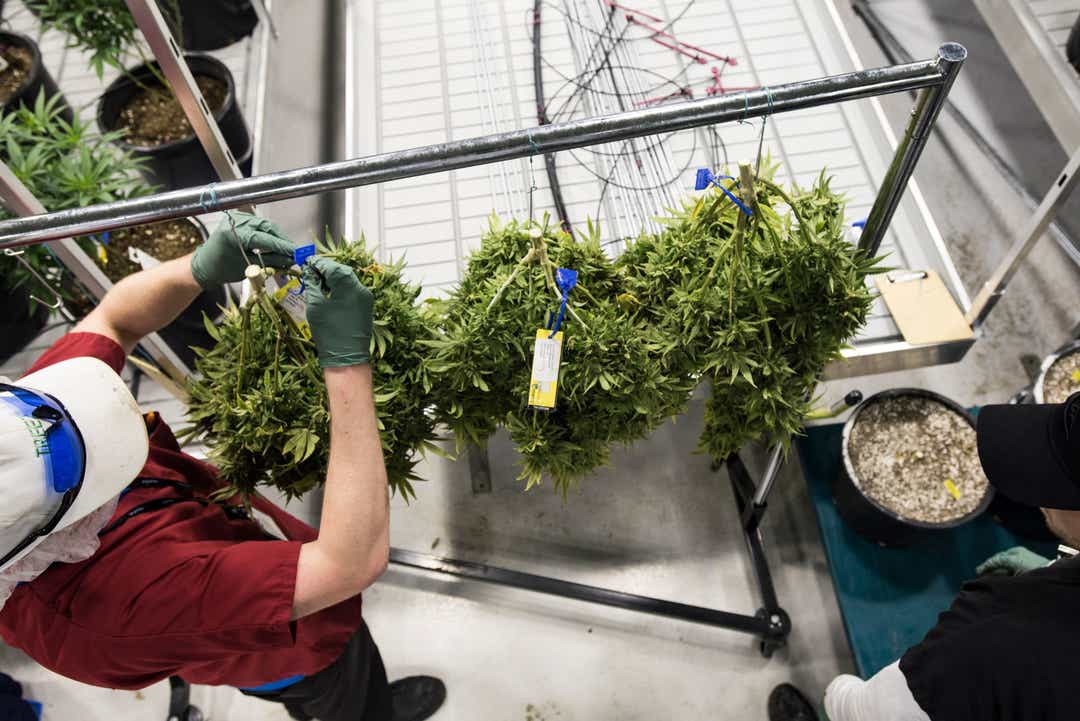 State and local governments should require commercial cannabis growers to submit reports on energy usage, Graham said. The data could be released in aggregated or anonymous form.

Illinois will require growers to submit reports on their energy usage. Recreational marijuana becomes legal in the prairie state on Jan. 1.

Michigan’s marijuana laws do not include energy reporting requirements.

David Harns, a spokesman for the Michigan Department of Licensing and Regulatory Affairs, said he was not aware of energy efficiency incentives offered specifically to marijuana growers at the state level.

In Illinois, state law mandates that growers use lighting and HVAC equipment that meets a certain level of efficiency. Michigan’s marijuana laws do not include those mandates.

For example, Boulder County, Colorado requires marijuana growers to pay a surcharge if they don’t buy local renewable energy to offset their electricity use.

Lansing requires marijuana businesses to obtain a city license in addition to a state license, but the city’s scoring criteria does not award points based on applicant’s plans for energy efficiency.

The city could license up 75 medical and recreational cultivators through 2020. In 2021, Lansing will reduce its cap on growers to 55 licenses.

Even in the absence of state regulations, utilities should encourage energy efficiency at cannabis farms, Graham said.

Utilities can work with growers

In Michigan, Consumers Energy offers cannabis facilities the same energy efficiency rebates that are available to any other business, spokesman Brian Wheeler said.

The demand for electricity through Consumers Energy typically grows 1 to 2% each year, and the utility is not projecting a more substantial increase because of the cannabis industry, Wheeler said.

Nonetheless, Consumers plans to monitor the situation and, if necessary, adjust production, he said.

„We are aware that the marijuana growing business can be energy-intensive,” Wheeler said. „They’re like a large farming operation or a factory.”

The Lansing Board of Water & Light, which serves more than 97,000 electric customers in the Lansing area, does not track the number of marijuana grow facilities in its service territory, General Manager Dick Peffley said.

The city-owned utility has surplus energy to sell each year and officials do not expect the demands of the cannabis industry to create problems, Peffley said.

The BWL does not offer incentives specific to cannabis businesses, but that industry could access incentives available to any customer, Peffley said. That includes rebates and energy-use audits.

Graham recommends that growers notify their local utilities before setting up shop. That way officials can advise growers on installing equipment for maximum efficiency.

„I think sometimes the utilities don’t find out about these customers until these pieces are selected.” Graham said.

Growers can shrink their utility bills relying on sunlight when possible while supplementing with LED lights. And businesses can schedule their watering and HVAC systems to avoid peak-use charges.

Green Peak Innovations, which operates two large-scale grow facilities in the Lansing area, obtains energy from the BWL and spends about $100,000 each month on utilities, company spokesman Jordan Walker said.

„We were keenly aware that cannabis is a utility-heavy business, even before we kicked off our operations,” Walker said. „That’s why energy efficiency was a focus during the design and build process of our cultivation facilities.”

As growers produce more cannabis, potentially driving down prices in Michigan, the bottom line might have more influence than governments and utilities, Graham predicted.

Energy can account for 20% to 50% of an indoor grower’s operating costs, according to the Southwest Energy Efficiency Project.

For many growers, going green could become a financial imperative.