Officers with the state Department of Consumer Affairs and Los Angeles Police Department served a search warrant about 1:50 p.m. to Save Greens, 11221 Venice Blvd., according to the LAPD and the Bureau of Cannabis Control.

They cited six people, whose charges are pending, and found more than 600 illegal vapes, according to the bureau.

“In California, we have a challenge with the illegal cannabis market, and as we’re trying to stand up the legal industry, we’re also trying to minimize the illegal industry,” said Alex Traverso, spokesman for the Bureau of Cannabis Control. “Part of that is following up on complaints we receive about unlicensed shops, and a pretty large portion of the unlicensed shops happen to be in Southern California.”

After serving a search warrant, officers will take “everything that’s not bolted down to the floor,” including any cannabis products or plants, to thwart a shop’s efforts to reopen, he said.

Ideally, investigators want to find a shop’s owner during a raid, but often they aren’t present; instead, employees at the shop might be arrested or cited, depending on several factors, he said.

In California, the black market for cannabis is three times the size of its regulated weed industry, a problem most glaring in Los Angeles.

A Times analysis in May found more than 200 illegal marijuana dispensaries operating in L.A.

“This is really a Los Angeles phenomenon…. I can’t tell you where there would be an unlicensed dispensary operating in Oakland or San Francisco,” Dale Gieringer, director of California’s branch of the National Organization for the Reform of Marijuana Laws, previously told The Times. 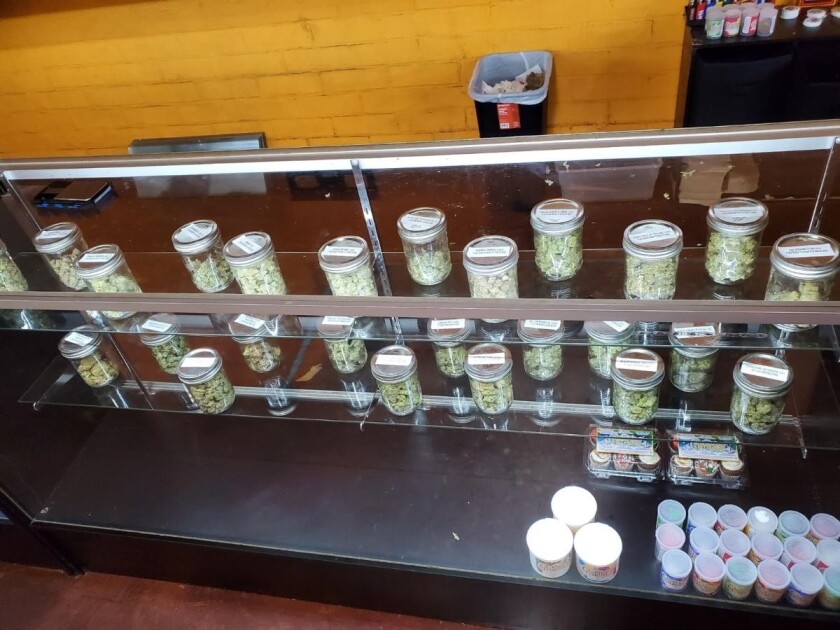 Authorities served a search warrant to Save Greens, an unlicensed cannabis dispensary in Los Angeles, on Thursday afternoon, seizing more than $300,000 in illegal products.

Attempts to reach Save Greens by phone and on its social media accounts were unsuccessful.

On the company’s Weedmaps page, two customers had already noted in their reviews that the store was closed.

“Rip to this local joint that would always come through on late night pick ups,” one user wrote. “Looks like everyone in the area is getting raided be safe.”