Revolution Global, the largest producer of medical cannabis in Illinois, is one of 14 cultivators approved to grow for adult recreational use. Take a look inside their facilities in Delavan.

There are just weeks left until adult-use recreational cannabis becomes legal in Illinois. While many consumers have been looking forward to that day since lawmakers passed the legislation in May, cultivators have been scrambling to prepare for the demand.

We’re standing in a brightly lit room filled with shelves full of plants in the early stages of growth. Some are just inches tall. Growers are waiting for them to develop roots before they can be transplanted into larger pots. 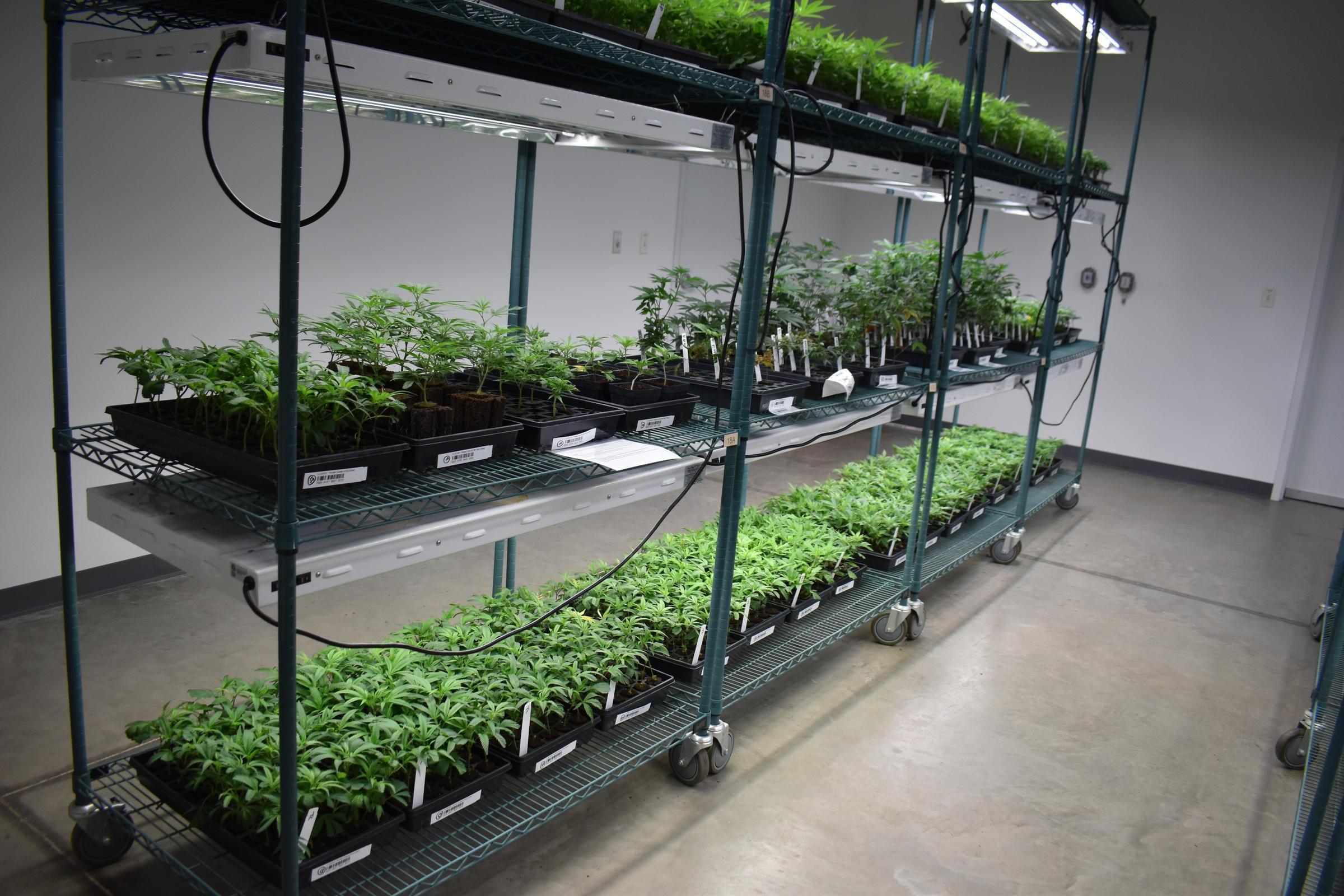 Revolution „clones” certain strains by clipping leaves from existing plants. This ensures consistency in the characteristics of a plant, which growing from seed can’t offer.

“We’re unique, sort of, as cultivators in that we do a lot of our own strain breeding,” Victoria Medicino tells me.

Mendicino is chief of staff to the CEO of Revolution Global, the largest producer of medical marijuana in Illinois. They’re now one of 14 cultivators in the state approved to grow recreational cannabis.

She’s showing me around Revolution’s main facility in Delavan, a town of just a couple thousand people about a half an hour south of Peoria.

The plants move to different rooms as they grow closer to harvest. That process takes about 20 weeks.

“What you will see though, with the genetic variation and diversity in strain, especially when they get further along in their life cycle, they really start to develop their own straight — different colors, different heights, different fan leaf size,” Mendicino says. “Some of them are skinnier, some of them are fatter. Different smells.”

In one room Mendicino shows me, there are at least 2,000 cannabis plants. It’s hard to describe the vastness of this space and the forest of greenery inside of it. To put it simply: it’s a lot of pot.

But growers say it’s not enough. 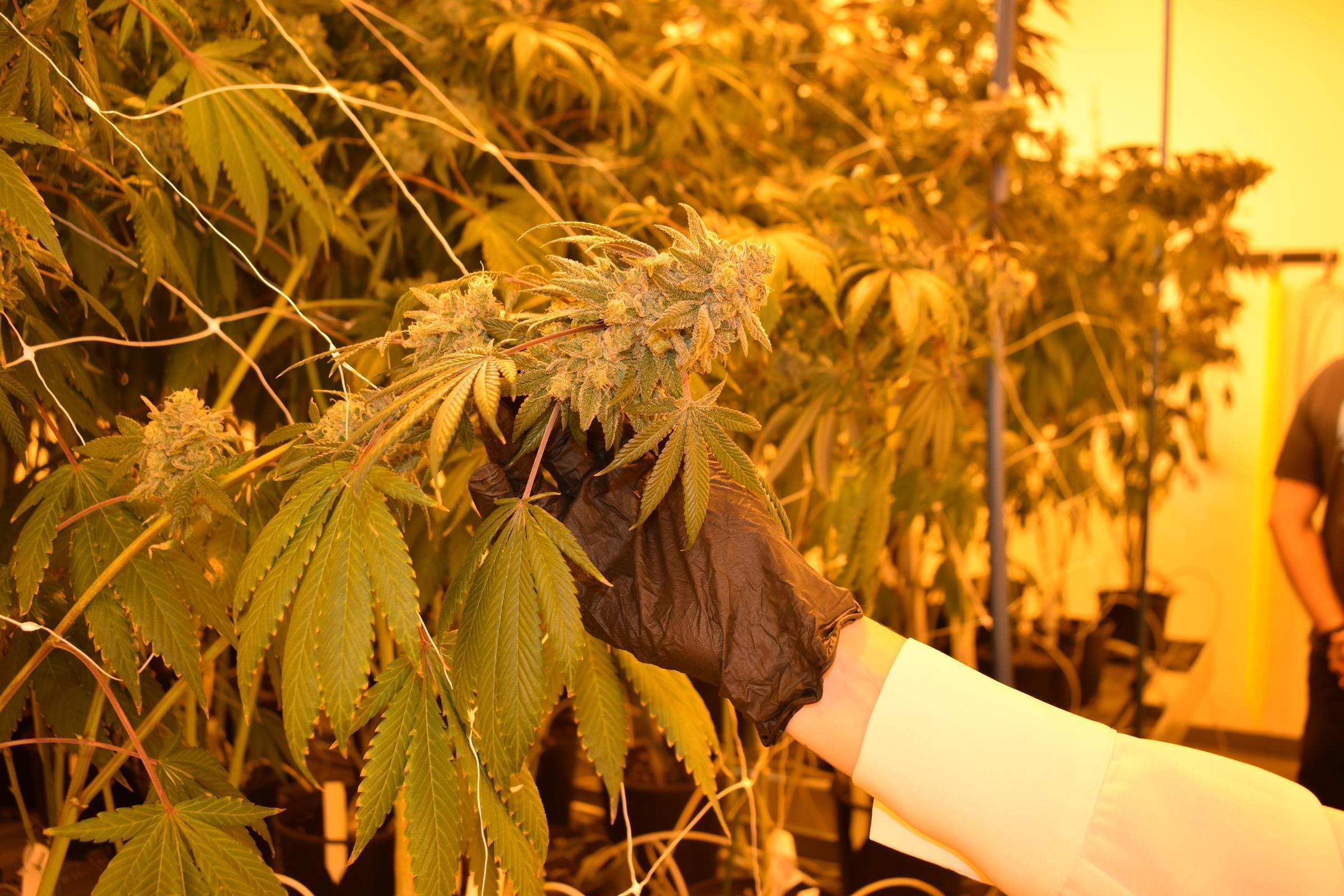 It takes about 20 weeks for cannabis flower to grow ready for harvest, plus an additional six weeks for processing and quality control measures.

“The fact is there’s so much demand in the market right now, we sell out of 100 percent of our product that we offer every single time we release it,” says Revolution’s COO Dusty Shroyer.

“We release it weekly, and it’s sold out within minutes.”

And that’s just with Illinois’ medical cannabis users. What started as a pilot program was made permanent this summer — and the list of qualifying conditions expanded.

On top of that, Shroyer says, applications for medical cards are processed more quickly.

“That means that patients have been signing up for cards faster than we can actually build rooms,” he says. “It takes quite a long time to design, engineer and then build a growing room — and then actually grow the cannabis to bring it to market. It’s about a two year period. So whereas the market doubled in size in the last year, it takes two years just to actually the rooms to meet the demand.”

Both Revolution and the state of Illinois say they have the same goal.

“It’s very important to us to protect the medical cannabis patients. Period. End of sentence,” Governor JB Pritzker told reporters during a press conference in Chicago earlier this month.

“So that’s our #1 focus. We also wanted to make sure that we’re creating enough supply, and so 14 new adult-use cannabis cultivation licenses have been granted so far. There will be more. But again, this is a phased roll out to make sure we’re covering the needs that we think — that we’re anticipating anyway — during the first during the first months of the roll out of this new law.” 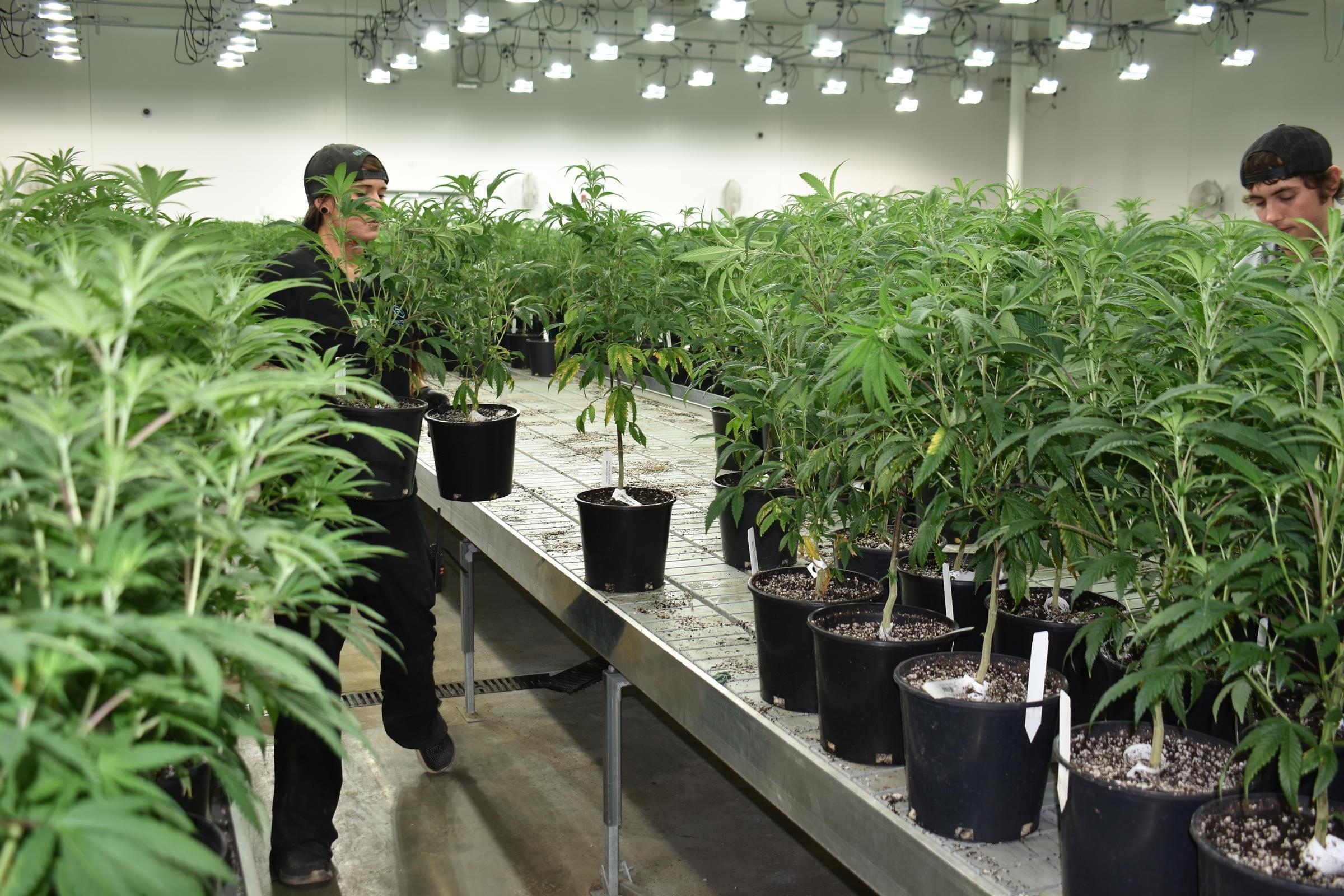 Part of the “anticipation” of Jan. 1, when adult recreational use becomes legal, is that there will be lines — and shortages.

Revolution’s CEO Mark de Souza says this is something those in the industry have known since lawmakers drafted the legislation.

“Knowing that we were well under 25 percent of the necessary growing space, it was incumbent on us as one of the market participants to start building as fast as we can,” he says.

Revolution’s current growing and processing facility is 75,000 square feet. Construction is underway to build a second, identical space on the Delavan “campus.” That should be complete by next summer.

They’ll also build almost a half a million square feet of greenhouses and another 20,000 square foot processing facility by 2022.

For now, de Souza says, the supply chain to satisfy demand in Illinois is simply not there.

“The way this came about and in the timeframe it came about, there is no way for any of us — any operator under the Illinois framework — to produce more at a higher rate to meet this demand,” he says. “We’re all trying. But it’s very difficult for us to help consumers understand that we can’t do it any faster than we already are.” 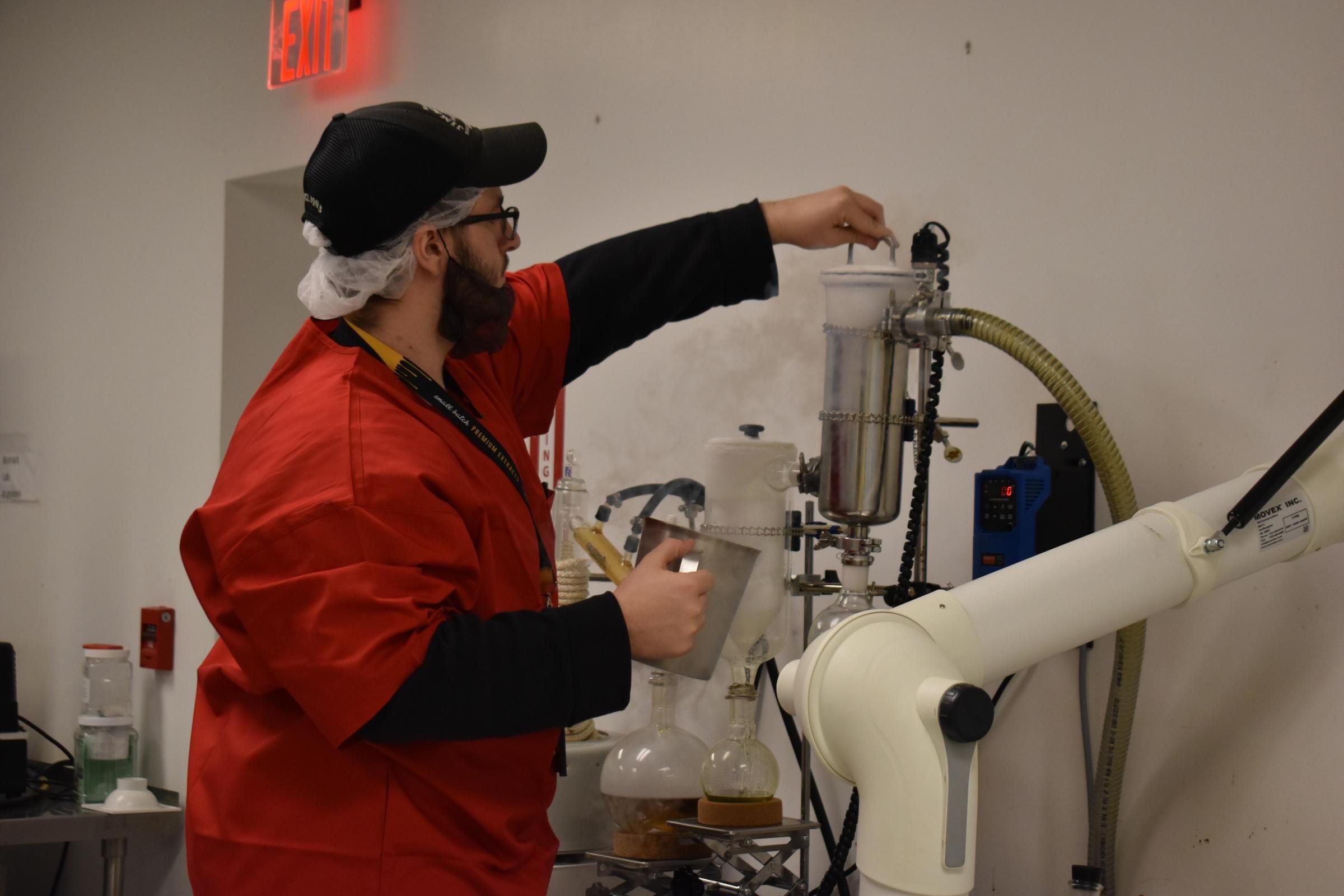 Oil extracted with the cannabis plants is used in hand-rolled candies, tinctures, drink mixes and other consumables.

And once the cannabis products go from Revolution’s cultivation centers to dispensaries, it’s up to those retailers whether they’ll sell it for medical or recreational use.

de Souza says they hear loud and clear the concerns of patients as adult-use recreational rolls out. That’s why he supported home-grow for medical users. The Illinois law allows up to five plants.

“That is one of the things that we feel is — or could be — very helpful in a short-term shortage,” he says. “We will have a series of ‘how-to’ videos for patients so they don’t have to take too much financial risk in what their buying and plant losses. If we can help them do a good job for themselves, we see that as another ability to lead and help.”

de Souza says those resources will be made available on a non-profit basis.

Recreational users, in the meantime, are asked to taper their expectations and be patient.

Dana Vollmer is a reporter with WCBU in Peoria. Follow her @danalvollmer.