When the Hemp Farming Act became law in December 2018, it removed hemp from the list of Schedule I controlled substances. Hemp is defined as the parts of the cannabis plant that have less than 0.3 percent THC, which is the psychoactive component of marijuana. This made hemp an ordinary agricultural item and paved the way for mass production and research of cannabidiol (CBD).

At present, CBD has only been federally approved to treat certain severe seizure disorders. In a recent press release, in reaction to overblown claims by CBD producers, the Federal Trade Commission said, “It is illegal to advertise that a product can prevent, treat or cure human disease without competent and reliable scientific evidence to support such claims.”

Yet, label and internet claims that CBD is a miracle drug capable of curing, or “clinically proven” to treat cancer, Alzheimers disease and a host of psychological conditions persist. There is seemingly nothing that is not touted by someone to be treatable with CBD. But the truth is that most of these claims are, to date, completely unfounded.

There is much confusion over the legal implications of a medical professional such as a veterinarian prescribing or recommending CBD. This is understandable because until very recently, CBD was in the same legal classification as heroin. This also explains the paucity of studies on CBD. 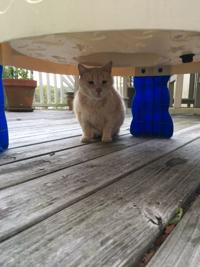 There is, however, a scientific basis for the belief that CBD can influence at least some conditions, including cancer, Alzheimer’s disease and a host of psychological conditions. It’s called the endocannabinoid system (ECS). In simple terms, it describes a system that keeps your bodily processes running smoothly.

It has been found to regulate, or influence, things like sleep, mood, pain, inflammatory responses, learning and many others. Endocannabinoids are cellular messengers that report to receptors in places like the central nervous system and immune cells. We know that THC interacts at these receptor sites, but the odd thing is that CBD does not. So while we suspect that it interacts with that system in some way, we still don’t know exactly how.

CBD has been anecdotally reported to be effective in reducing anxiety in dogs. Definitive studies are still lacking, but I have had a number of clients singing its praise in this regard. Obviously, in human usage, the placebo effect could be at work. Since veterinary reports are based upon owner observation, placebo effects could still influence results.

Thanks to the Hemp Act, research is in full swing and early reports indicate that at least some of the hype may be true. In the veterinary arena, a recent study at Colorado State University on the effects of CBD on the management of canine epilepsy, the results were promising.

Get a weekly recap of South Carolina opinion and analysis from The Post and Courier in your inbox on Monday evenings.

In fact, 89 percent of the patients improved with the addition of CBD to their existing treatment regimens. The study was relatively small but still encouraging. A study on the effects of CBD on arthritic pain in dogs was recently completed at Cornell University, which found clinically significant reductions in pain and increased activity levels in the dogs that received CBD.

I (Henri Bianucci) called the South Carolina Association of Veterinarians, who said I’d have to talk to the Licensing Board. They referred me to The Department of Health and Environmental Control (DHEC) Drug Enforcement Agency, who laid it out this way. As long as the CBD is derived from hemp, not marijuana, and contains no more than 0.3 percent THC, it is perfectly legal to recommend or provide it to clients.

The agent also informed me that the manufacture of CBD is unregulated, and therefore CBD products on the market today vary widely in terms of CBD and THC content. So, do your homework in selecting a product, or you may wind up with some unintended effects, and/or a product deficient in CBD. She recommended selecting brands that voluntarily test each batch for THC content.

Like any drug, CBD could interfere with drugs your dog is already taking, so consult your veterinarian before starting treatment. This is an unregulated industry, so ask your veterinarian, or pharmacist for direction to reputable sources of safe and effective products.