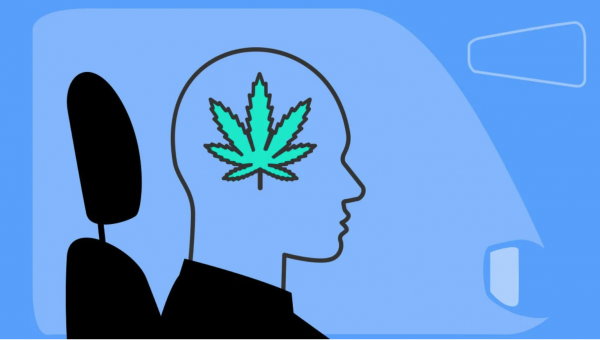 On Monday the West Hollywood City Council will decide whether the city’s newly created cannabis consumption lounges can sell patrons up to three times the limit the California Department of Public Health has established to prevent accidental overdoses. As pioneers in the new frontier of public cannabis consumption, West Hollywood needs to put public safety over private

Under our existing ordinance, cannabis consumption lounges are limited to serving patrons “an amount reasonable for onsite consumption” and patrons are not allowed to leave the premises with any unused product–just as it works with alcohol in bars and night clubs.

The winners of the consumption lounge licenses who competed in the city’s independent competitive application process are now asking the Council to amend our ordinance to allow patrons to take away any “leftovers.”  The premise is that allowing consumers to take home unused product will discourage them from over-consuming at the lounge.

This would be sound public policy if the city also defined what it considers to be a reasonable amount for onsite consumption.  Absent this finding, allowing takeaway of “leftovers” only encourages consumption lounges to sell more cannabis than can be safely consumed on site.  It also blurs the line between consumption lounges and retail licensees.

The policy being considered on Monday would allow a customer to take away the unconsumed portions of three packages of edibles with 100 mg THC, 500 mg vape cartridges or 3.5 grams of loose flower or pre-rolls.  This policy is based upon lobbying by the lounge license holders and is not based upon any sort of independent analysis.  This is the equivalent of allowing developers to make the rules on how much height and density they should be awarded without a traffic study or analysis by city staff.

If the city is concerned about public safety and the integrity of our cannabis licensing ordinance, it would engage public health experts before arbitrarily come with standards for onsite consumption before considering any proposal regarding this issue.

Other governments have done the science and West Hollywood can and should do the same.

In Amsterdam, the only place where similar consumption lounges exist, customers are limited to 5 grams of flower per day over two visits.  That is less than half of what is being proposed for West Hollywood.

The California Department of Public Health has limited edibles to 10 mg per serving and 100 mg per package based upon studies of what is medically appropriate.  The proposal being considered on Monday would allow West Hollywood lounges to give customers up to 30 servings.

The proposed take out limits far exceed manufacturer-recommended dosing as well.  Kanha recommends eating one to three 10 mg. gummies and wait for 90 minutes for the dosage to kick in.  West Hollywood would allow as much as 100 mg of product per patron.  That is way more than can be reasonably consumed in safety.  The leading vape company recommends that heavy cannabis users take three 2.5 mg. THC hits per hour.  The proposal the Council is considering will allow patrons to be sold vaporizers with more than 220 times that much THC.

There is academic research reflecting that cannabis users are more cautious when driving after having consumed a low dose (around 7 mg of THC) and are less likely to get into an accident than sober drivers.  But once you increase the dosage to 18 mg, their impairment is equivalent to someone who has consumed four alcoholic drinks.

The amounts the city is considering for edibles is way over what any consumer would want or need, up to 16 times as much.  Even if you were high you would know that’s a bad idea.

Clearly the lobbying regarding the takeaway of “leftovers” is more about profitability than sound public policy.

The City of West Hollywood got it right the first time: consumption lounges should be limited to serving a reasonable amount for on-site consumption.  There is no need to rush this decision — to date the only one of the eight authorized consumption lounges that actually has opened is the Original Cannabis Cafe, formerly known as Lowell Café.

The Council promised the public that it would limit the number of retail outlets; this proposal is simply a thinly disguised attempt to effectively increase the number of retail licenses when the public is not looking.  This proposal will short circuit the selection process that the city diligently labored over and rewards applicants that did not meet the standards for a retail license.  If adopted, the proposal essentially allows consumption lounges to sell products far in excess of what will be actually consumed on-site, which can then be taken as “leftovers.”  Thus consumption lounges will operate as retail operators

Before caving to the lobbying, the city should take the time to research the issue and get input from disinterested public health experts. Science is a good place to start, particularly as many other cities are watching West Hollywood before they craft their own policies.  West Hollywood has proclaimed itself a pioneer in the brave new world of legal cannabis.  That claim to leadership comes with an obligation to ensure that there is integrity in our decision-making process.  Public safety should be the primary concern of the City Council.