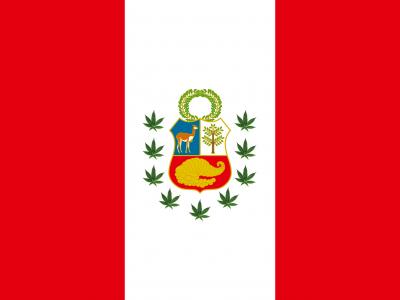 Only a week after Brazil came out with medical cannabis regulations, another Latin American nation has taken a step forward in the marijuana space.

Peru finally rolled out the sale of medical cannabis products in pharmacies. At the moment, only one pharmacy is licensed to do so. Nearby Uruguay’s senate passed a bill to regulate medical marijuana, seeking to make it more affordable and easily accessible.

Thailand’s prime minister was seen puffing some medical marijuana during the launch of the country’s medical cannabis educational website.

The Major League Baseball organization announced it was removing cannabis from its banned substances list, eliminating player testing for the substance.

Following this announcement, Jerry Jones, owner of the Dallas Cowboys, and Tom Brady, New England Patriots quarterback, came out saying they expect to see a similar move in the NFL next year.

CBD brand TONIC said it now provides consumers with information on the safety, sourcing and story of their wellness products via connected packaging. The company embeds NFC tags into their packaging: when consumers scan these with their phones, they are directed to a Blue Bite-powered digital experience that authenticates their product and provides additional information. Consumers access a third-party Certificate of Analysis that includes a lab breakdown of ingredients for each specific product.

“You tap the top of your package and get the entire experience of TONIC and the brand,” said Tia Tagliaferro, COO of TONIC. “You’ll be able to pull those lab reports directly up on your phone, and you’ll have all the information in terms of ingredients and directions.”

“Through the implementation of our innovative risk management platform, our members will reduce their risks and resulting claims history and fully enjoy the back-end benefits associated with this minimal loss performance,” said Rocco Petrilli, chairman of the NCRMA and a newly appointed member of Garnet’s senior management team.

Geopulse Exploration (OTC: GPLS), dba CannCo Brands, announced the establishment of a “stablecoin” cryptocurrency backed by the dollar („DOKT”), to serve as the core of its financial and merchant services platform for the perennially unbanked cannabis sector.

„The merchant services that will emanate from this financial ecosystem are in growing demand by the increasingly complex, regulated and taxed cannabis sector,” said CEO Marcus Laun.

The services Geopulse intends to offer to cannabis cultivators, suppliers, retailers and service providers include:

Halo Labs Inc. (NEO: HALO) (OTC: AGEEF) entered a strategic partnership with OG DNA Genetics Inc. to develop its genetics in Oregon. The agreement is set for five years with the option for five-year renewals.

Holistic Industries disclosed an investment of $20 million in its Madison Heights, Michigan headquarters. The investment is intended to build an environmentally friendly generator of economic development for the city and its residents, the company said.

Private equity firm Tress Capital made a strategic investment in Israel-Cannabis, or iCAN.

The FADER, one of the best-known music and culture publications in North America, will be launching a new line of cannabis products, Benzinga learned exclusively. The venture, a result of a partnership with Next Green Wave Holdings Inc (CSE:NGW) (OTC: NXGWF) brand SD Cannabis, is expected to debut during the first quarter of 2020 in California.

CannTrust Holdings Inc. (NYSE: CTST) (TSX: TRST) said Tuesday that it was notified by the New York Stock Exchange Monday that it’s no longer in compliance with the NYSE’s listing standard rules due to CannTrust’s share price falling below the set threshold.

Mike Tyson and Tyson Ranch are joining up with the Dutch rolling company Futurola to launch a business focused on rolling equipment.

NEO Alternatives, a company focused on building and launching brands in both the cannabis and CBD categories, announced plans to expand distribution into Latin America by working with Seven Kings Distribution (SKD). Root 66 will be the first hemp-derived CBD brand SKD partners with, and it’s a result of icreased product demand from Mexico and Central America for high-quality, zero-THC hemp-derived products.

“Seven Kings Distribution is synonymous with quality and value — like Root 66, so the synergy was immediate for us both,” said Kevin DiSano, NEO”s president of consumer products.

“With the regional demand for hemp-based products on the rise, partnering with SKD to enhance and expand our retail footprint seemed like the next logical step. We’re really excited to be working with them.”

Socati, a processor of broad-spectrum hemp extracts, announced two CBN-rich ingredients for use in the CPG and cosmetics industry.

The new products have been developed to fill the growing consumer demand for minor cannabinoids such as CBN and CBG. The ingredients, a high-purity broad spectrum oil and an advanced broad-spectrum water-soluble powder, are both produced using chromatic technology, which keeps THC levels undetectable and allows for the end product’s customizable cannabinoid profiles to be tailored to manufacturers’ specific requirements.

“With the ability to manufacture broad-spectrum hemp extracts at scale, Socati has been built very clearly to serve the needs of large, international CPG companies that are seeking high-quality raw materials,” said Socati CRO Mark Elfenbein.

“Our latest products, an oil ingredient and water-soluble ingredient, are high in the minor cannabinoid cannabinol (CBN) and allow CPG companies to respond to consumer demand for more individualized products while maintaining a commitment to quality, consistency and transparency in manufacturing.”

Abstrax Tech, a company focused on the study and production of botanical and cannabis-derived terpenes, released its 3D Metabolite Fingerprinting technology. This means popular cannabis strains can be reproduced, authenticated and sold in conjunction with major brands. Known as the Growers Collection, the product line will be a collaborative effort between Abstrax Tech and brands within the cannabis industry.

Cannabis HR and payroll platform Wurk announced the hire of a new CMO, Holly Hamann. Hamann is a seasoned marketer, entrepreneur and startup veteran. She has spent the past 10 years serving as CMO for B2B SaaS companies in the content marketing, financial tech and cybersecurity industries.

“Joining Keegan and the Wurk team is a rare opportunity to help advance an industry that didn’t legally exist until recent years,” Hamann told Benzinga.

THRIVE Cannabis Marketplace announced it will open a new dispensary in Las Vegas’ residential Southern Highlands neighborhood in April. The new dispensary will mark the fifth location for THRIVE, the state’s largest independently owned cannabis retailer, and will be the first dispensary to serve that neighborhood.

“We’re looking forward to serving some of the valley’s most dynamic residential areas with this new dispensary, as the local market continues to be THRIVE’S primary focus,” said Mitch Britten, founder and CEO of THRIVE. “Our commitment to providing the highest-quality experience for each customer is matched by our desire to be a good neighbor and make a positive impact on the community.”

Dec. 18: WomenCanCann (WoCC) is hosting its inaugural WoCC LEADERS Executive Mentorship Initiative, aiming to provide one-on-one knowledge, support and access to relevant networks and opportunities for professional women in the cannabis community. The event will be held in Tel Aviv.

Speakers include TV figure Ayala Hasson and Elah Alkalay, chairperson and VP of business development at IBI Mutual Funds and chair at the Israeli Women Network.

Feb. 24-25: The Benzinga Cannabis Capital Conference comes back to Miami, Florida, with an impressive lineup of top-tier speakers. Check out the lineup and details here.