After 52 people died and more than 2,400 were hospitalized with vaping-related lung illnesses, state and federal health departments have warned consumers to stay away from all kinds of vaping. In California, many consumers did.

Sales of legal THC-containing vapes in California’s legal market declined from around $82 million in August, to $66 million in September, to $62 million in October, according to retail tracking data from BDS Analytics, which looks specifically at cannabis product sales.

But with reports of illnesses falling and sales stabilizing, the industry is continuing its public awareness campaign to differentiate between legal cannabis-containing vapes and the illicit ones, which have so far been largely linked to the health problems.

Cannabis industry leaders are pointing to mounting evidence that illnesses were caused by contaminated, unregulated products, and touting the extensive testing required in the legal California cannabis supply chain.

Wesley Hein, the head of compliance, legal and government affairs at Mammoth Distribution, which makes the popular “Heavy Hitters” brand of THC-containing vapes, said the illnesses have caused “a crash course in awareness” about why consumers should avoid buying products of unknown origin or from unregulated shops.

“The number one thing you can do to ensure that you’re getting a safe, trusted product, and the only way you can ensure that, is to shop at a legal dispensary,” Hein said. “Not only were people getting very contaminated things, they were getting ripped off.”

When reports of vaping-related illnesses began to surface in August, it wasn’t fully clear what kind of vapes had been used by the patients who were getting sick. The term „vaping” can be used to refer to THC-containing products, or nicotine ones. Some vape pens contain CBD, a non-psychoactive element of the cannabis plant. Some people vape essential oils.

As time has gone on, health investigators have a better sense of what’s causing the severe breathing problems and lung illnesses. They call the illness EVALI, short for e-cigarette or vaping product use associated lung injury.

The CDC says as of Dec. 4, 80% of EVALI patients reported using a THC-containing vape product. The most common brand they reported using was Dank Vapes, a brand that can be found on the illicit market, as well as TKO, Smart Cart, and Rove brands.

The recent report also said FDA testing revealed that a substance called vitamin E acetate was found in 76% of THC-containing products tested from 70 EVALI patients. The substance, which had been used as a cutting agent in unregulated products, can cause inflammation and irritation in the lungs that make it difficult to breathe. 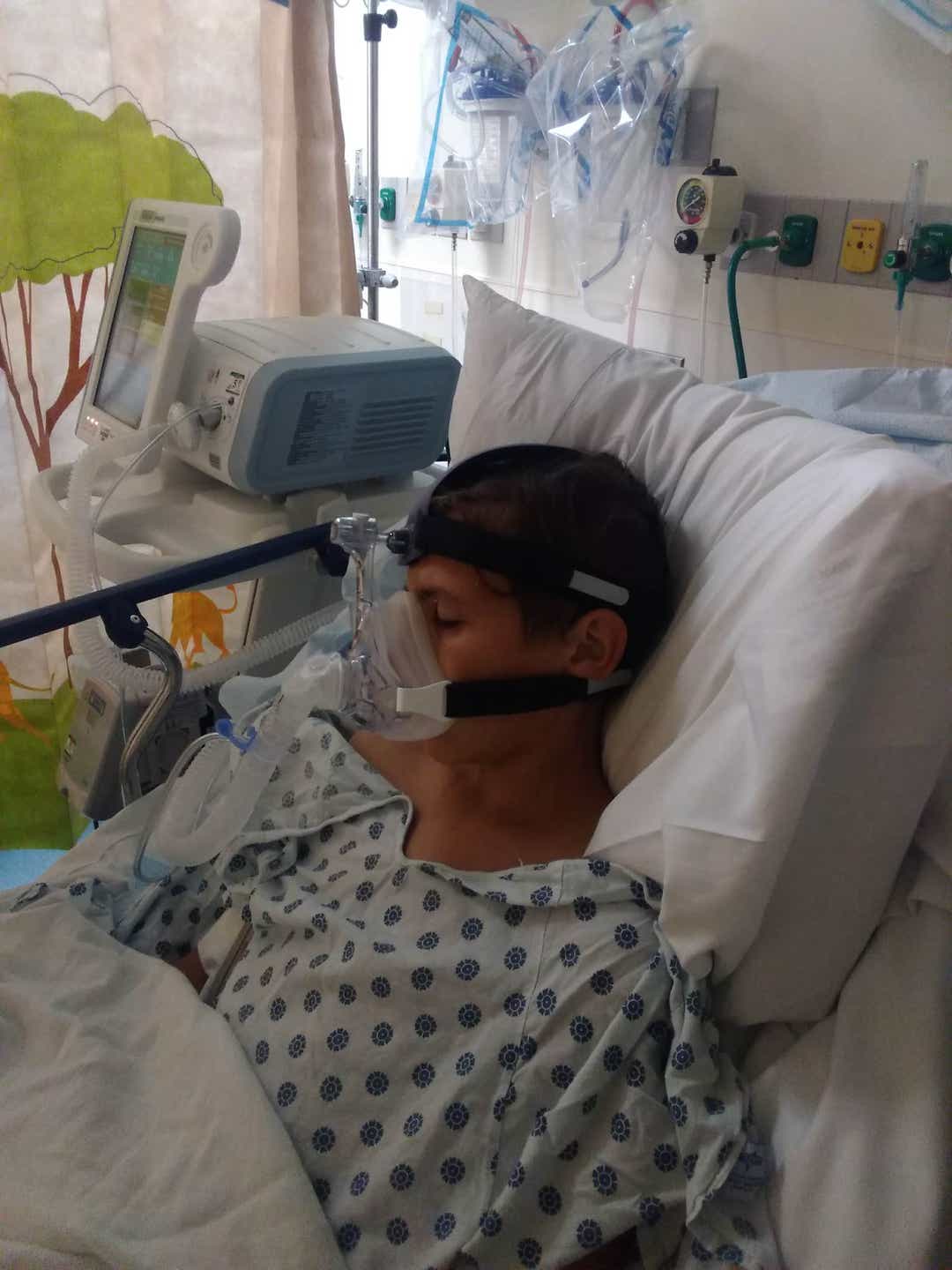 But the vitamin E acetate link doesn’t account for all illnesses, with the CDC saying there may be more than one cause. The federal investigation is continuing and the warning against vaping of any products remains in effect.

Dr. Laren Tan, a pulmonary and critical care physician at Loma Linda University Health, echoes the warning to refrain from vaping. He said the hospital saw several life-threatening cases in the pediatric intensive care unit, plus one or two adults who landed in the medical intensive care unit after vaping while having another infection.

But, akin to cigarettes, getting patients to quit can be difficult. Tan said it comes down to looking at what’s driving them to vape in the first place and addressing the cause. “There’s still a lot of unknown variables in this,” Tan said. “What is known is that if you don’t vape to begin with, you’re not going to have this issue.”

In California, where 173 EVALI hospitalizations have been reported as of Dec. 4, just one patient has self-reported that they bought vaping products from two licensed shops. The rest bought them from sources such as street vendors, pop-up shops, social contacts or unverified sellers.

Counterfeit products and untaxed, unlicensed cannabis sales are common in California, despite legalization more than three years ago. Across the state, spending on illicit cannabis products still outpaces legal spending by more than two to one.

The state Bureau of Cannabis Control said on Nov. 26 it sent „hundreds” of letters to landlords to let them know their property is being used for illegal cannabis activity. Meanwhile, from Jan. 1 through early December, the California Department of Public Health had received 224 complaints about cannabis manufacturers, manufacturing facilities, products, packing, or labeling — including eight complaints about possible counterfeit products.

While the illicit market captures billions of dollars in consumer spending, cannabis experts say those products aren’t tested to the same rigorous standards as the ones sold in licensed shops.

Kenneth Churchill, CEO of West Coast Cannabis Club, which has dispensaries in Cathedral City and Palm Desert, said some customers who used to purchase on the illicit market are coming into the legal shops since the EVALI outbreak.

Many of them may have purchased illicit products from illicit delivery companies that can’t purchase from licensed companies, he said.

“There were a lot of people who were just ordering delivery because it’s convenient,” Churchill said. „And it works easier with their lifestyle, but they had to stop doing that because they were fearful of the products that they were getting.”

Around 27% of consumers in states with fully legal cannabis markets are vape consumers, according to BDS Analytics.

When it comes to methods of consuming cannabis, vaping is popular because it’s less likely to make a consumer cough, compared to smoking a joint or out of a pipe. Vape pens are considered more discreet, and don’t leave the lingering scent of cannabis associated with smoking the product.

Churchill said in wake of the EVALI outbreak, his stores began keeping statements from vape companies to help inform consumers about what’s in the products. 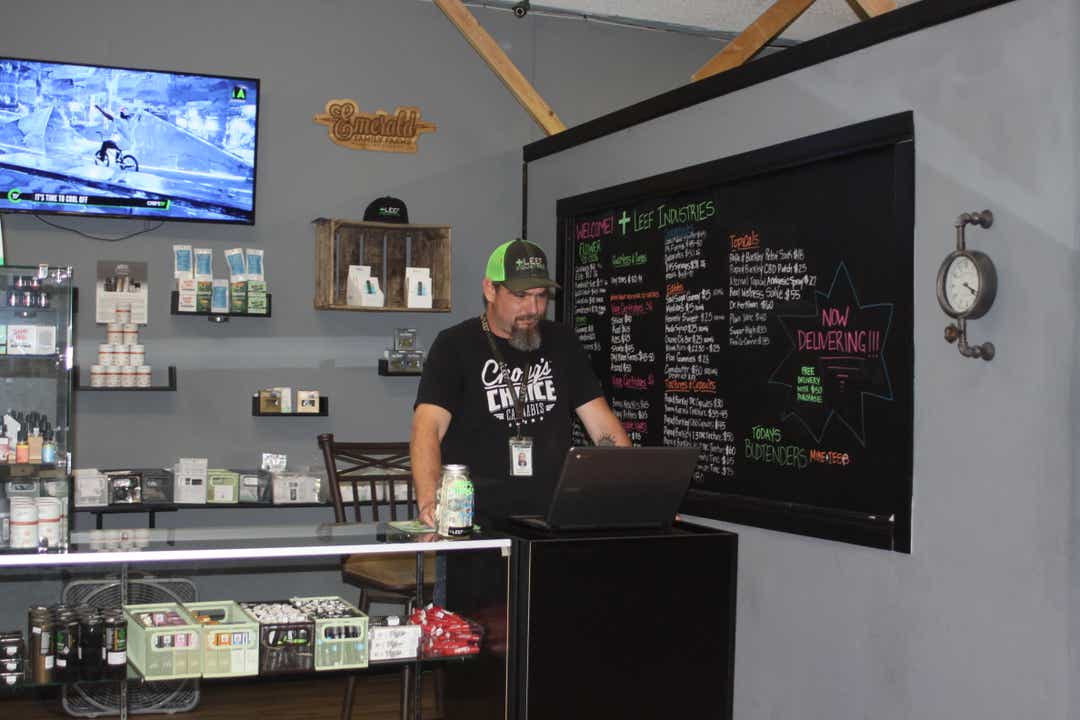 Sonia Luna of Aviva Spectrum, an audit and compliance firm for cannabis companies, said manufacturers may turn efforts toward other kinds of products that don’t affect patients' lungs, like edibles.

„The overall megatrend was that vaping products were going to take off and continue to accelerate and it was going to be a battle of the brands,” she said. „That was the outlook a year ago … this year, there’s vaping companies that refuse to launch.”

Projections made before the EVALI outbreak showed that retail sales in the U.S. cannabis vape market were projected to hit nearly $2.5 billion in 2019. It’s expected to grow to around $3.6 billion in 2020, according to BDS Analytics.

Michael Arrington, a senior analyst and director of editorial with BDS Analytics, said whether those projections are met will largely depend on the response to the EVALI outbreak from the legal industry.

“I think that legit vape manufactures in legal markets will have to make very clear statements about their safety and quality as they go forward in order to repair the potential damage to consumer attitudes about vapes,” Arrington said.

For some consumers, there may be no coming back to vapes. William MacLean is the CEO of Wildflower Brands Inc., which has a line of CBD-containing products targeted at consumers seeking wellness benefits of cannabis without getting high.

Wildflower vape sales dropped by 50% to 60% after the EVALI crisis began to hit headlines. MacLean said the company’s sales data show that many consumers didn’t switch to another delivery system, like tinctures or patches. And though the vape sales have stabilized, they’re still down.

MacLean attributes the drop to the health-conscious nature of customers who are cautious about what they’re ingesting.

„It’s unfortunate that we have a company that actually cares, and it takes all those little steps to ensure the consumer is safe, and we’re the ones that are hit hardest,” he said. „And the illicit market is out there selling these $10 vapes, just making as much money as they can. They don’t care about the health. They’re the ones that are thriving.”

Reports from his tests are turned over to California’s Bureau of Cannabis Control, which reviews them before they can be shared with the companies. Batches that fail compliance testing could be destroyed.

PharmLabs tests vape products for residual pesticides, microbial impurities, and heavy metals, and checks the potency to ensure that the product is properly labeled.

„We’re looking at parts per billion, parts per trillion,” he said. „That’s a drop of water in a giant swimming pool, [and] we can detect it.”

In addition to vitamin E found in all five samples, the study found contaminants like formaldehyde, carbon monoxide and hydrogen cyanide in vapors from the cartridges when heated to a high voltage setting. “The illicit vapes really had everything wrong with them,” Riley said.

Riley said consumers can identify illicit cannabis vaping products by noting whether they lack a symbol for California testing and childproof packaging.

Shoppers can also ask to see a „Certificate of Analysis” that will list all product ingredients and confirm that the product has met state requirements.

Riley anticipates that the EVALI outbreak could trigger new requirements for testing, and spur manufacturers do more of their own testing.

“It’s going to be up to businesses to do as much testing and research and development as they can to really figure out how to put good and safe products on the market,” Riley said. “Because the test isn’t going to be what the products are in a year. It’s going to be how they affect people’s health over 15 or 20 years.”

Melissa Daniels covers business and real estate in the Coachella Valley. She can be reached at (760)-567-8458 or melissa.daniels@desertsun.com. Follow Melissa on Twitter @melissamdaniels