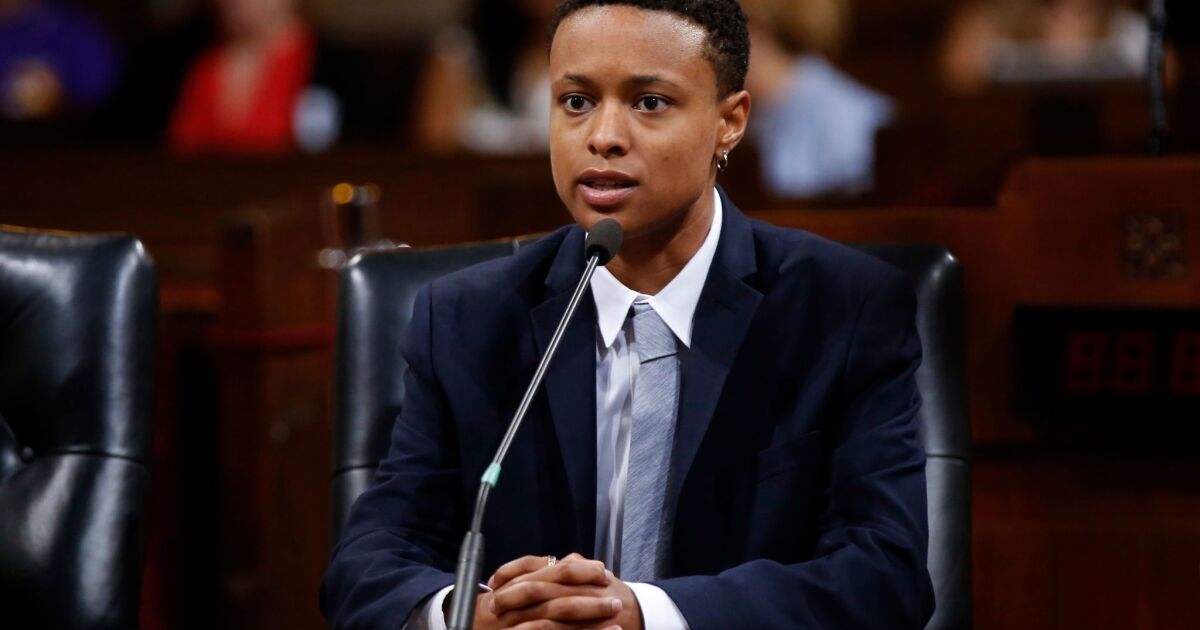 Hundreds of cannabis entrepreneurs rushed to turn in applications in September, eager to snap up the limited number of licenses that Los Angeles was offering up for new pot shops on a first-come, first-serve basis.

The hotly contested process soon came under fire: After the Department of Cannabis Regulation revealed that two applicants had gotten into the application system early after their passwords were reset, City Council President Herb Wesson called to suspend the licensing process and Mayor Eric Garcetti sought an independent audit.

Now the Department of Cannabis Regulation says that a dozen additional applicants got into the system seconds early, not because of password issues, but because the portal was open to everyone less than a minute before its official 10 a.m. launch time.

City records show that those 12 additional applicants accessed the system and started working on their applications up to six seconds before the official launch time. Department officials say their applications were “normalized” — pushed back in line to where they would have been if they were initiated at 10 a.m. — to prevent any unfair advantage.

The revelation is nonetheless likely to deepen suspicion surrounding the licensing program, which has been under heavy scrutiny in recent months. Mere seconds made the difference in whether would-be businesses had a shot. The fastest applications were submitted in less than a minute.

“I don’t trust them. I don’t believe them,” said Donnie Anderson, co-founder of the California Minority Alliance, in reaction to the new information from the city cannabis department. Anderson, whose group advocates for minority participation in the cannabis industry, argued that the city should “redo the whole thing.”

“They said there was no problem with the system,” Anderson said. “If one got in early, there was a problem.”

Infuriated applicants have packed city meetings and urged the city to vet all the applications that poured in, a move that would require the council to change city regulations. Only 100 licenses are set to be awarded in this round of city approval and roughly 800 applications were submitted, with hundreds arriving within minutes of 10 a.m.

The Department of Cannabis Regulation confirmed Monday that although the application system officially opened at 10 a.m. Sept. 3, the computerized portal was activated for all applicants at roughly 9:59 a.m. — a step it said was technologically necessary.

Department officials said the system launched slightly early because they understood that there would be some delay when the massive system booted up, and they wanted to ensure it would be online for everyone by 10 a.m. as promised. The alternative, they said, would have been alarming to applicants who tried to log in at 10 a.m. and were unable to immediately do so.

Twelve applicants got into the system and began working on their applications seconds before 10 a.m. because the portal was already open, according to records provided by the department.

In addition, two other applicants accessed the system early and turned in applications minutes ahead of time because of “human error” after their passwords were reset, city officials had previously acknowledged.

Department officials said that in all 14 cases, applications were pushed back to where they would be in line if the applicants had started the process at 10 a.m. Unlike the password problems, the possible need to adjust application times for people who started at 9:59 a.m. was something department officials had anticipated and had not expected to prove controversial, they said.

“DCR maintains the integrity of the process and took the necessary steps to assure fairness in the results,” Cat Packer, the department’s executive director, said in a statement Monday. “We understand that some applicants may still have questions and concerns, and an independent audit will be conducted to ensure transparency.”

Cannabis entrepreneurs were upset Monday that the department had not previously informed them about the issue.

“They said only two people got in early and nothing else happened,” said Kika Keith, founder of Life Development Group, an advocacy group for applicants in the “social equity” program, which is meant to help applicants from communities hit hardest by the war on drugs.

“It’s unacceptable. They breached all trust,” said Keith, herself a social equity applicant.

The Department of Cannabis Regulation has continued to process the applications it received in September, but is holding off on issuing licenses for new pot shops while the audit requested by Garcetti is underway.

In reaction to questions last week about people getting early access to the system, Wesson spokesman Michael Tonetti said that any information that the councilman or his staff had about what happened the day that applications were submitted would be handed over to the auditor scrutinizing the process. Tonetti said they would not comment further until the audit was done.