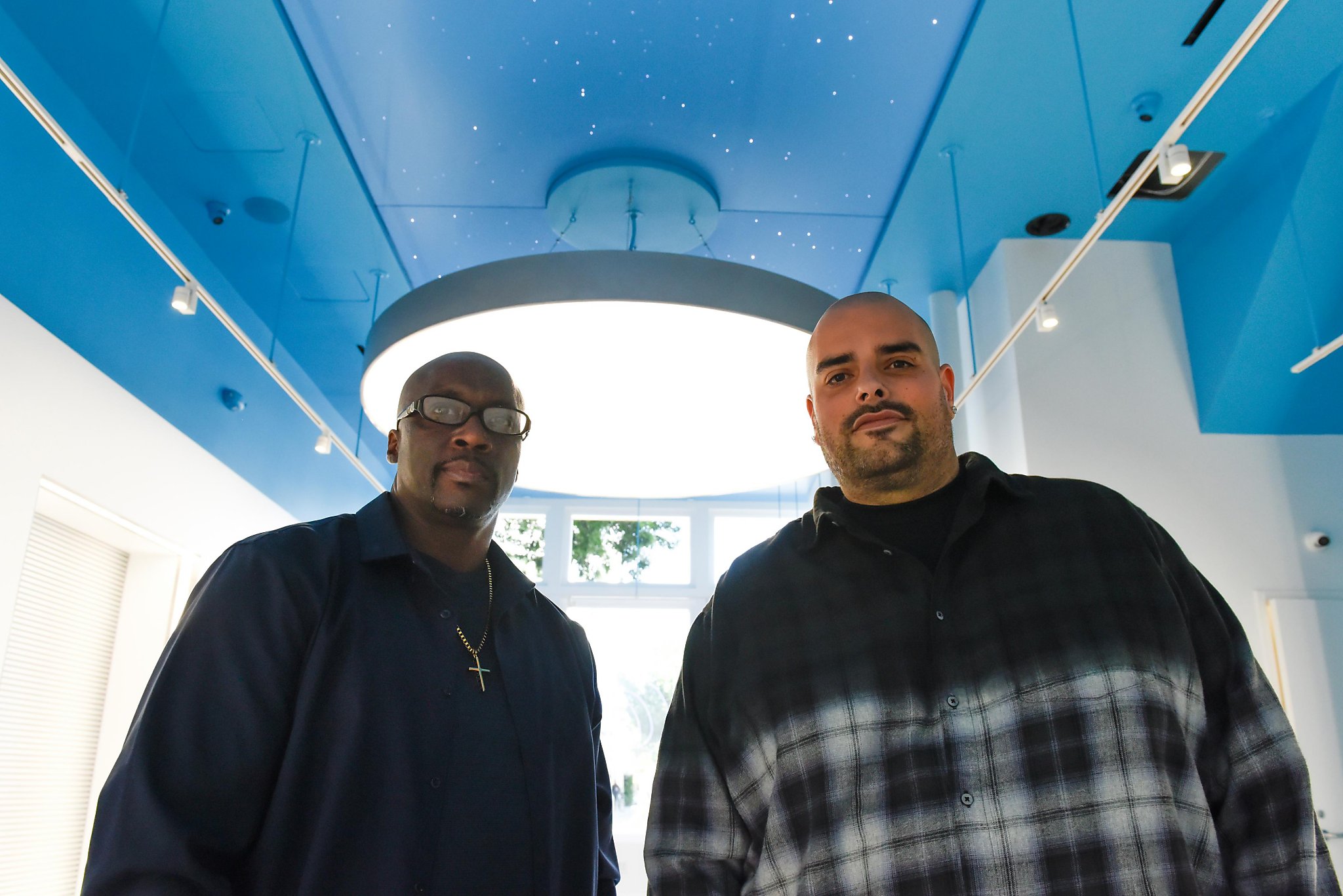 The city’s Office of Cannabis gave its final approval to two pot shops owners Tuesday, both of whom sought their permits under the city’s equity program, which prioritizes applicants whose lives were harmed by the War on Drugs.

Both of the newly permitted pot shop owners plan to open retail cannabis storefronts, and both expressed relief and no small amount of elation to be at the end of what’s been a multi-year process to get the approvals they needed to finally open.

The first permit was awarded Tuesday to Eureka Sky, a store on 17th Street in the Castro District that’s expected to open in January.

“It means a lot to be able to get through the process as an equity applicant, and to be the first to cross the finish line. It means the world,” said Eureka Sky owner and CEO Chris Callaway.

Callaway, who was arrested nearly two decades ago for pot cultivation, praised the patchwork of city agencies that helped shepherd his business through the permitting process, but said the financial strain of nearly two years of delays can make it difficult for nascent businesses to be competitive.

Shawn Richard was among the first people to qualify as an equity applicant. Some three years after he started working toward opening a cannabis business — with his days as a gang member and drug dealer far behind him — he got word Tuesday that his business, Berner’s on Haight, had received its permit.

Given how the War on Drugs hurt communities of color, Richard said he was aware of the significance of being the first African American awarded a permit.

“Being the first black man in San Francisco to receive this equity permit to operate a cannabis store is a milestone. I hope every other person of color can look at this and see it can really happen,” he said.

The exhaustive and expensive process of obtaining a pot permit — even for front-of-the-line equity applicants — requires working with the Office of Cannabis, city planners and a host of additional departments. Even finding a commercial landlord amenable to cannabis businesses can be a huge challenge. Many steeped in the San Francisco’s cannabis industry expect the process to quicken as permitting gets easier over time.

“Now that the first permits have been issued, every time after that it’s only going to get better. Everyone at the Office of Cannabis and planning, they’re only going get more efficient and faster with this process,” said Ryan Blake, a spokesman for Have a Heart, a national cannabis operator trying to open a storefront in Union Square in partnership with equity applicant Alexis Bronson. Neighborhood resistance can also prove to be a difficult obstacle: Have A Heart is currently battling with luxury retailer Chanel, which wants to block the dispensary from opening next door.

Now, other cannabis businesses have a benchmark for how long it could take their own projects to make it through the process, Blake said.

Early on, “everything was new to everybody,” echoed Richard, who added that his equity group planned to lobby city officials for more staff for the cannabis office, which currently has just six staffers. There are just over 200 equity applicants at various stages in the approval pipeline.

Marisa Rodriguez, director of the city’s Office of Cannabis, said in a statement that issuing the equity permits acknowledges “the lasting harm caused by the War on Drugs.”

“San Francisco is positioned to house a safe, and world class cannabis industry,” she said.