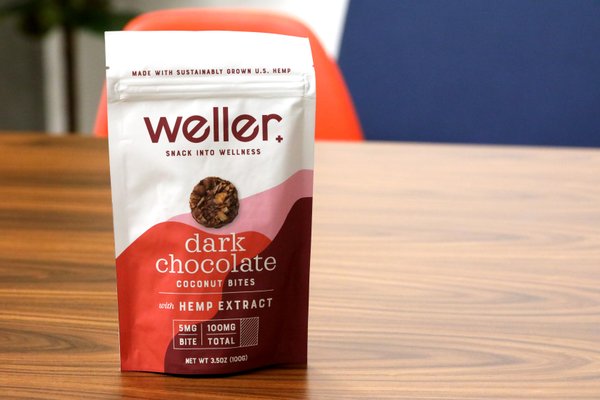 SEATTLE — Cannabidiol is one of the hottest supplements on the market today. The chemical, derived from the Cannabis sativa plant and better known as CBD, is now found in chocolates, gummy candies, sodas and more.

One place it shouldn’t be found: Amazon. The e-commerce giant’s policy expressly bars the sale of CBD in any product: „Listings for products containing cannabidiol (CBD) are prohibited.”

But The Washington Post investigated and found that it’s possible, even easy, to buy the compound on the online retail site. Eleven of 13 items the Post purchased last month from Amazon contained CBD, according to an analysis that the Post paid Evio Labs, which specializes in analyzing products for the cannabis industry, to conduct. One product even had a small amount of tetrahydrocannabinol, or THC, the psychoactive chemical in cannabis plants that gets people high.

One of the products the Post purchased and tested came from Weller in Boulder, Colo., which sells CBD products on Amazon. The company designed new packaging for goods on Amazon different from what it uses on its own website. Its Dark Chocolate Coconut Bites on Amazon omits any mention of its most important ingredient.

„It’s the same product,” said Weller co-founder John Simmons. His company is simply trying to navigate a business with inconsistent rules as the CBD market moves into the mainstream, Simmons said.

None of the listings contained CBD in their descriptions. But consumers could find them by knowing which products contain CBD already — by checking reviews, social media or other websites that did their own testing.

The Post’s investigation illustrates the challenges Amazon faces in policing its platform, which has transformed into an enormous flea market supplied by millions of sellers listing hundreds of millions of items.

To keep CBD products off its site, Amazon says it deploys advanced algorithms designed to sniff out descriptions that could hint at the banned ingredient. (Amazon founder and Chief Executive Officer Jeff Bezos owns The Washington Post.) Amazon removed some, but not all, of the product listings after being asked about them by the Post. The company said it was investigating with each of the sellers.

„Bad actors who attempt to undermine our store do not reflect the flourishing community of honest entrepreneurs that make up the vast majority of our seller community,” Amazon spokesman Patrick Graham said. „We move swiftly to hold bad actors accountable by removing selling privileges, withholding funds, and pursuing civil and criminal penalties.”

Amazon declined to say why it forbids the sale of CBD, other than to say it can decide what to sell like any retailer. CBD is still controversial and its legal situation is murky, with some federal agencies, states and localities prohibiting its sales.

CBD is usually derived from hemp, a crop that was legalized in a 2018 farm bill. But it remains illegal to put the compound in food, and the Food and Drug Administration has warned CBD makers several times, including last month, over violating the Federal Food, Drug and Cosmetic Act. Muddying the waters further, three states — South Dakota, Idaho and Mississippi — make no distinction in their laws between marijuana and hemp plants, meaning CBD is considered a controlled substance in those states. CBD, though, does not contain the chemical in marijuana that makes people high.

While CBD makers often claim the chemical can help with anxiety, improve sleep and reduce pain, the only legally edible version of CBD is a drug, Epidiolex, prescribed to treat seizure disorders. But because CBD is so widely available and seemingly on a path toward legalization in edible form, prosecutors rarely take action against companies that make supplements or individuals who use them.

Makers of those items who spoke with the Post offered a wide range of explanations for the presence of their CBD-containing products on the site, from mistakenly shipping the wrong item to ignorance regarding the rule. Two of the companies said that other merchants were selling products without their permission, and they worried that reviews for poor service could damage their brands if the e-commerce giant eventually does allow CBD product sales.

More than 500 million products are available on Amazon at any given time, according to estimates by e-commerce research firm Marketplace Pulse. That’s because Amazon isn’t just a retailer, it’s a marketplace that has invited more than 2.5 million sellers to hawk those wares, by Marketplace Pulse’s measure. Creating a digital storefront on Amazon requires little more than a driver’s license and a bank statement.

By making it so easy to set up shop, Amazon has amassed so much selection that sellers often compete against one another, driving prices down across the site and helping lure shoppers.