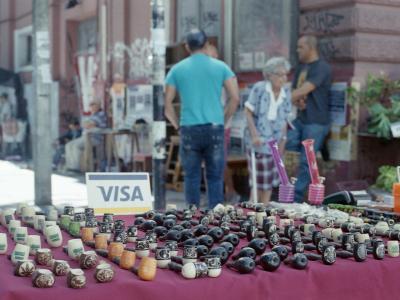 As the end of 2019 approaches, the cannabis industry and related parties seek to end a harsh year on a positive note. While recent weeks brought good news, this past week was a bit of a scramble.

On the bright side, the U.S. House and Senate agreed to include a few marijuana, hemp and CBD-related provisions in federal spending bills, the EPA came out with a list of approved pesticides for hemp growers in 2020, New Jersey decided to put an adult-use marijuana legalization referendum in next year’s ballot, and South Dakota’s Secretary of State Steve Barnett said the petition submitted for an initiated measure on medical marijuana legalization was validated and filed by his office Thursday.

Back to federal spending, lawmakers agreed on a $1.4 trillion government-wide 2020 spending package containing two spending bills, one of which touches on hemp-derived CBD and provides the FDA and USDA with $2 million for research, policy evaluation, market surveillance and issuance of an enforcement discretion policy.

Jerry Garcia, the longtime leader of the psychedelic rock band The Grateful Dead who died in 1995, became the latest celeb to be featured as the face of a cannabis brand, while Massachusetts lifted its temporary ban on vaping product sales, New York State health department’s Public Health and Health Planning Council voted in favor of renewing an emergency ban on flavored e-liquids, Montana’s health department announced it will start enforcing its emergency ban on flavored vaping product sales starting Dec. 18,

In the corporate world, big companies continued to suffer. Grizzly Research published a short report on Trulieve Cannabis Corp. (CSE: TRUL) (OTC: TCNNF), claiming the company is “a fraud.” Among the reasons for such a claim was uncovering that the company runs around 1.4 million sq. feet of outdoor hoop houses, which produce low quality output.

“The grinch visited Trulieve this month as the well-liked company came under a short seller attack by Grizzly Research,” said Debra Borchardt, CEO of Green Market Report. “While the report brought up several disturbing situations within the company, Stifel Research fired back and noted that most of the items had all been previously disclosed. Still, Stifel conceded that some of the points raised were valid and did not reflect favorably on the company. The stock tumbled for one day and then buyers came back in sensing a bargain.”

Trulieve issued a response to the short report, stating the reports contains many false claims such the one about the quality of the company’s products and production facilities. The company said the main motive behind the report is attack on Trulieve’s stock price, which is why the company will pursue legal action against the outlet.

In the international realm, reports suggested medical marijuana production in Italy may triple in 2020, as the government aims to lesser its reliance on imports. Learn more about the topic on Benzinga Cannabis.

Finally, at Benzinga’s HQ in Detroit, Michigan, we had the honor of hosting Andrew Brisbo, the executive director of the state’s Marijuana Regulatory Agency. Check out what he said about cannabis in the state here.

Cannabis stocks were back in red, dragging ETFs down. Over the last five trading days:

GKUA Ultra Premium, the cannabis brand founded by Lil Wayne, announced the launch of a new line of THC vape flavors and concentrate strains. They will also make available a new Live Resin Concentrate in 2020 simultaneously with additional flower strains.

Nonetheless, Cantor Fitzgerald analyst Pablo Zuanic reiterated his Underperform rating for Hexo and cut his price target from CA$2.40 ($1.83) to CA$2.20 ($1.67). He said he “expected worse.”

Seeking to further support both the decriminalization of all cannabis-related activities and freedom from incarceration for those who have been jailed for past cannabis offenses, Goldleaf is assisting the Last Prisoner Project’s efforts by donating four signed limited editions of their Southern California Travel Prints to Last Prisoner Project for auction, along with 10% of every Goldleaf Southern California Travel Print sale benefitting the organization. The prints are designed and signed by notable artist/illustrator Eugenia Mello.

„When creating the new designs for our Cannabis Travel Series, we really wanted each location to carry a compelling narrative about what is unique about the location,” said Goldleaf founder Charles McElroy. “Southern Cali has long been an epicenter for cannabis culture and progress, so we wanted to not only highlight the social elements, but also pair it with an organization working to affect real change for those impacted by unjust cannabis laws. We are excited to join up with Last Prisoner Project for this initiative, and hopeful that we can do our part to raise awareness and funds for the organization.”

The mental health care company COMPASS Pathways reported that its COMP350 (psilocybin) was well-tolerated by healthy volunteers who participated in a placebo-controlled trial at King’s College London. The active ingredient in magic mushrooms provoked no serious adverse events, according to the study.

Founded by former TCHO founder, Timothy Childs, Treasure8 is a company using powerful dehydration technologies to make an impact on our world’s urgent climate change situation. In its latest move in the space, Treasure8 launched a new subsidiary, HEMP8, focused on hemp dehydration. Using the company’s SAUNA dehydration platform HEMP8 will be able to dry hemp for farmers in 60 minutes or less. The company says this is a process that typically takes five to 12 days.

The technology also helps increase yields and quality, as well as prevent mold. HEMP8 will also be available to hemp growers as „Drying as a Service.”

Natura Life + Science, a vertically integrated cannabis contract manufacturing company, announced a partnership with Newell’s Botanicals. The latter will be working with Natura through its incubator program, which plans to give entrepreneurs everything they need to create, launch, grow, and monetize their cannabis brand.

Natura will help Newell’s Botanicals by providing them with back-office support services like accounting, compliance, marketing, COGS, facility, sales, distribution, and staffing. With help from Natura in the coming months, Newell’s Botanicals is aiming to broaden their market and release more SKU’s including body butter, bath soak, and capsules.

“At Natura Life + Science, we understand all aspects that go into growing a company like manufacturing, scaling and the operational challenges that companies experience with high volumes of demand for their products. At our facility, we are committed to providing all the resources needed to help small canna-businesses scale their companies. We could not be more excited to partner with Newell’s Botanicals, led by two zealous and savvy entrepreneurs, and help bring the healing power of cannabis to a wider audience,” said Ori Bytton, Natura Founder & CEO

Elixinol Global Ltd (OTC: ELLXF)  launched its USDA Certified Organic “Organic Balance” tincture, one of only a few hemp products that has secured this level of designation. This federal certification recognizes the product’s efforts to protect natural resources, conserve biodiversity and to use only approved substances in the cultivation process.

“For years we’ve worked to reach consumers and educate them on the benefits of hemp–derived CBD products. This USDA Certified Organic designation on our Elixinol Organic Balance Tincture showcases our commitment to delivering the highest quality, full-spectrum CBD to every consumer,” said Leif Harrison, CEO Americas, Elixinol. “The Elixinol Organic Balance Tincture also features a new look for the brand, which we will be rolling out over the next quarter.”

Green Thumb Industries Inc (OTC: GTBIF) is on a store opening frenzy with five new store announcements within the last month alone with 38 stores now operational across the company’s markets. The company is also busy rebranding its Illinois stores to match its national retail brand Rise ahead of adult use sales commencing in the state on Jan. 1.

„It’s an exciting time for GTI as we continue to execute and rapidly open stores across our markets. In addition to opening brand new stores, we are also rebranding several of our Illinois stores to our national retail brand Rise ahead of adult use sales which start on January 1. We could not be more optimistic about the business as we head into 2020,” said GTI Chief Strategy Officer Jennifer Dooley

Vermont-based Sunsoil launched a new subscription service, autoship, which furthers Sunsoil’s commitment to creating high-quality, full spectrum CBD oil at an accessible price point. Those enrolled in the program receive 20% off of Sunsoil’s oil drops, softgel capsules and coconut oil products and have the opportunity to customize the frequency or cancel when they choose, at no cost.

“Driven by necessity, we found a better way to make high quality CBD products that cost less through efficient agricultural and processing practices,” said Alejandro Bergad, co-founder and CEO of Sunsoil. “The subscription service is just another efficiency that allows us to create affordable access.”

Reiner and Atkison will prioritize capital markets and fundraising. Harvest Executive Chairman Jason Vedadi will focus on real estate, construction efforts and investment, which will be especially important in 2020 as the company works to refine existing facilities and build new ones, and on raising sufficient capital to enable Harvest to deliver on its promises to customers, employees and shareholders alike.

“At Harvest’s core is a commitment to increasing access to cannabis nationwide and delivering shareholder value,” said Vedadi. “The addition of Scott and Dan as well as the access to new networks of investors is crucial in enabling us to deliver on our promise and continue to scale efficiently.”

Vertically integrated seed-to-sale cannabis company Medicine Man (OTC: MDCL) announced Brian Ruden is the newest addition to the company’s board. Ruden is the co-founder and CEO of Starbuds, a chain of dispensaries with operations in Colorado, Hawaii, Louisiana, Maryland, Massachusetts, Oklahoma and Washington, D.C.

MJardin Group Inc (CSE: MJAR) (OTC: MJARF) said it received a Health Canada cultivation and processing license for Warman, a 120,000-square-foot facility in Winnipeg, Manitoba and the largest in the company’s portfolio.

Health Canada recalled 768 units of Zenabis Global Inc (TSE: ZENA) (OTC: ZBISF) Namaste CBD Light gelcaps after it was discovered the products contain higher-than-labeled levels of THC and no CBD. Zenabis previously had its Namaste Wappa dried cannabis pulled from shelves in June due to incorrect cannabinoid values on the packaging.

Akerna Corp (NASDAQ: KERN), a cannabis compliance technology provider, announced an agreement to acquire all of the issued and outstanding shares of Canadian-based Ample Organics Inc in liquidity and stock deal estimated at up to $45 million.

Sundial Growers Inc. (NASDAQ: SNDL) announced initiative to become part of the Canadian medical cannabis business, having plans for the launch of an original e-commerce marketplace.

During the first two weeks of December, residents bought more than $3 million worth of marijuana at recreational retailers, which provided $515,051 in tax revenues, the state said.

The second week of sales totaled $1.47 million and resulted in $147,371 in excise tax revenue and $97,265 in sales tax revenue, the Marijuana Regulatory Agency said.

Curaleaf Holdings Inc (CSE: CURA) (OTC: CURLF) announced it has obtained commitments from a syndicate of lenders for a $275-million senior secured term loan facility with an annual interest rate of 13%.

Jan. 9 – 11: The Lift & Co. Cannabis Business Conference (LCBC) and Expo brings together the country’s top thought leaders and brands for insightful conversations around the emerging Canadian and global cannabis markets. Highlights this year include a keynote on Thursday with the largest data and technology firms in the world, EY Canada and Nielsen, joining Lift & Co. to cover data intelligence and how those insights can be applied to the cannabis industry. During the two expo days, over 280 exhibitors will fill the Vancouver Convention Centre, with a notable focus this year on cannabis 2.0 products, which will have just started to hit store shelves.

The Benzinga Cannabis Capital Conference is heading to Miami Feb. 24-25 for its sixth installment. Click here to learn more.