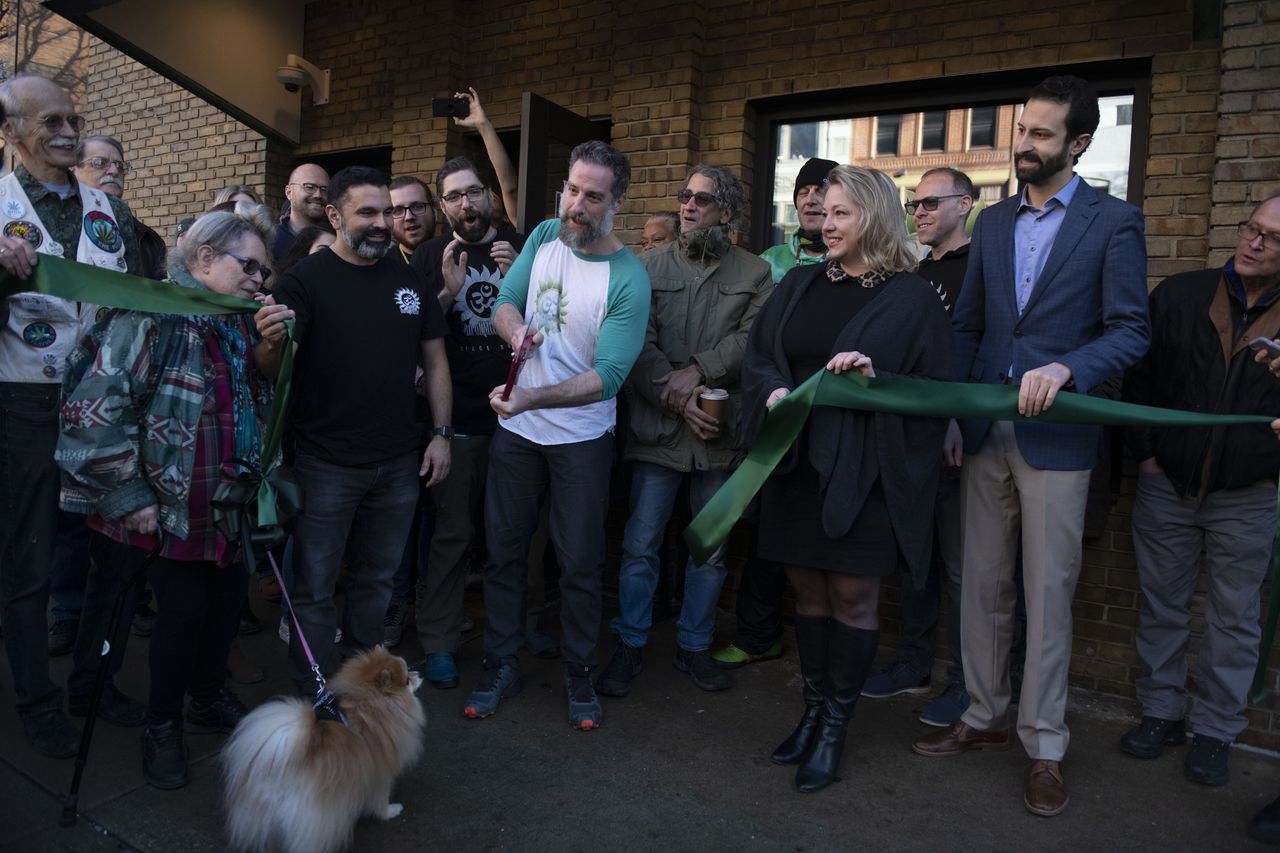 ANN ARBOR, MI — Lines stretched outside the door as customers waited to make prescription-less cannabis purchases at a downtown Ann Arbor shop that began selling to the general public Monday.

McCarty, known for his rugged style of play as a member of the Red Wings’ “Grind Line,” said cannabis saved his life. The four-time Stanley Cup winner long suffered from addiction and alcoholism and has been in recovery since Nov. 11, 2015, with the help, McCarty says, of cannabis.

“I was almost dead,” McCarty said. “I got my (medical marijuana) card back in 2014 … there’s no question I was about to die with my blood pressure and my weight. I was 80 pounds heavier.”

“I’m a little over four years on this journey where this plant saved my life and got out in front of it. Everybody knows that’s how I protected the Red Wing emblem that I played in front of, so now I protect the plant in the same way,” McCarty said, adding that Om of Medicine and the Ann Arbor marijuana scene has provided friendships and educational opportunities over the years.

Rep. Yousef Rabhi, D-Ann Arbor, sponsored legislation earlier this year that would make it easier to clear the criminal records of people with low-level marijuana convictions.

Monitoring inventory to ensure medical cannabis patients continue to have access to prescribed does is another priority, Rabhi added.

Cannabis activist Chuck Ream made the first ceremonial purchase at Om of Medicine on Monday. He quit his kindergarten teaching job in 2004 to help lead legalization efforts in Ann Arbor.

“That was the big breakthrough,” Ream said. “Today … you don’t have to go through all the detail of getting a medical marijuana card. You can walk in here like a legitimate patriotic American and purchase a plant that grows out of the ground that really helps people a lot.”

“To hell with stigma. This is a magnificent thing. This is a gift of the gods. If anyone smells the smoke, they’re smelling the breath of the mother God,” Ream added.

Northern Michigan resident Drew Driver made his way down to Ann Arbor to celebrate the shop’s recreational launch.

“It’s a bit surreal,” said Driver, who grows marijuana for the store. „I’ve been an advocate over the years and fought so hard for this. This is the first time I’ve bought rec cannabis at a store,”

McCarty’s message to the public is to “get educated, then get medicated.”