While there probably won’t be significant sales activity until early 2020, the Cannabis 2.0 market opens up a significant new growth opportunity for Canadian cannabis companies. Which Canadian marijuana stocks will benefit the most? Here’s my ranking of the top five most likely winners. 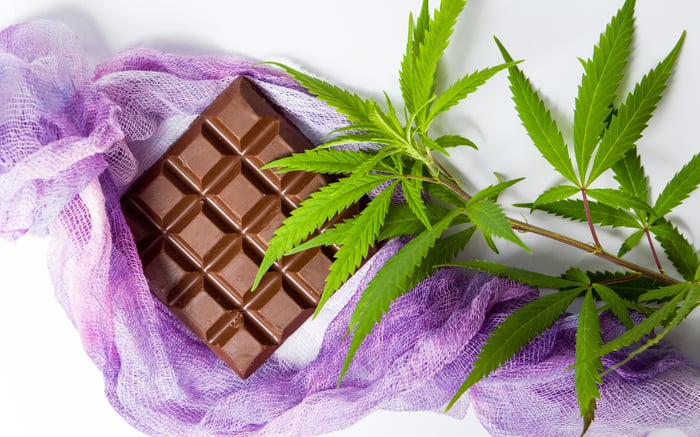 Valens GroWorks (OTC:VGWCF) provides cannabis extraction services that will enjoy tremendous demand as the Cannabis 2.0 market ramps up. It has an extraction capacity of 425,000 kilograms per year, more than any other company.

The extraction provider’s customer list reads like a Who’s Who of the Canadian cannabis industry, including Canopy Growth (NYSE:CGC), HEXO (NYSE:HEXO), Organigram, and Tilray. Each of these major Canadian cannabis producers has inked multi-year extraction agreements with Valens. In addition, Valens should generate lots of revenue from its white-label deals with BRNT and Shopper’s Drug Mart.

Medipharm Labs (OTC:MEDIF) runs a close second to Valens, in my view. Like Valens, Medipharm provides cannabis extraction services. It’s the largest extraction provider based on sales and has an impressive extraction capacity of 300,000 kilograms per year.

Although Valens has locked up many of the big names in the cannabis industry, Medipharm also claims some major customers, including Cronos Group and Supreme Cannabis. Medipharm hopes to soon list on the Nasdaq stock exchange, which will make it more visible to U.S. investors and could pave the way for nice gains as its revenue soars in 2020.

Among the pure-play Canadian marijuana stocks, I think Canopy Growth arguably sits in the catbird seat with respect to the Cannabis 2.0 market. Canopy has been preparing for the cannabis derivatives market for a long time and is set to launch what appears to be the broadest lineup of products in the industry.

Canopy Growth president Rade Kovacevic said in the company’s Q2 call last month that Canopy’s strategy all along has been to „disrupt beverage alcohol.” If it succeeds in that objective, Canopy will be a huge winner in the Cannabis 2.0 market.

Canopy’s top rival, Aurora Cannabis (NYSE:ACB), is also poised for success in the Cannabis 2.0 market. The company is rolling out new products including concentrates, chocolates, cookies, gummies, mints, and vapes. You might notice that beverage products are missing from that list.

Aurora isn’t ruling out introducing cannabis beverages down the road and has indicated in the past that it’s developing cannabis-infused beverages. However, the company doesn’t think the market share for beverages will be very high and is focusing first primarily on vapes and edibles.

One company that is betting big on the potential for cannabis beverages, though, is HEXO. The company formed a joint venture in 2018 with Molson Coors and plans to launch several types of CBD- and THC-infused beverages in the first half of next year.

HEXO is also focusing on vapes. However, it won’t introduce vape products in its home province of Quebec initially due to regulatory restrictions. The company plans to launch edibles including chocolates and gummies but must first receive approval for its licensing amendments.

How big could the Cannabis 2.0 market be?

I think these five companies are set to be the biggest winners in the Cannabis 2.0 market. But how big will the prize actually be?

Perhaps the best estimate comes from Ernst & Young, which projects the total legal cannabis market in Canada will reach 11 billion in Canadian dollars by 2025. E&Y thinks 54% of this market will be sales of products other than cannabis flower, including cannabis extracts, edibles, and non-edible derivatives. If this projection is right, Valens, Medipharm, Canopy Growth, HEXO, and Aurora could be the top winners in a market that could approach CA$6 billion in annual sales.