Emeritus of Harborside co-founder and chairman Steve DeAngelo discusses how the increase in marijuana taxes in California will cause some consumers to resort to the black market for cheaper weed.

Cannabis content is getting in on the streaming wars. 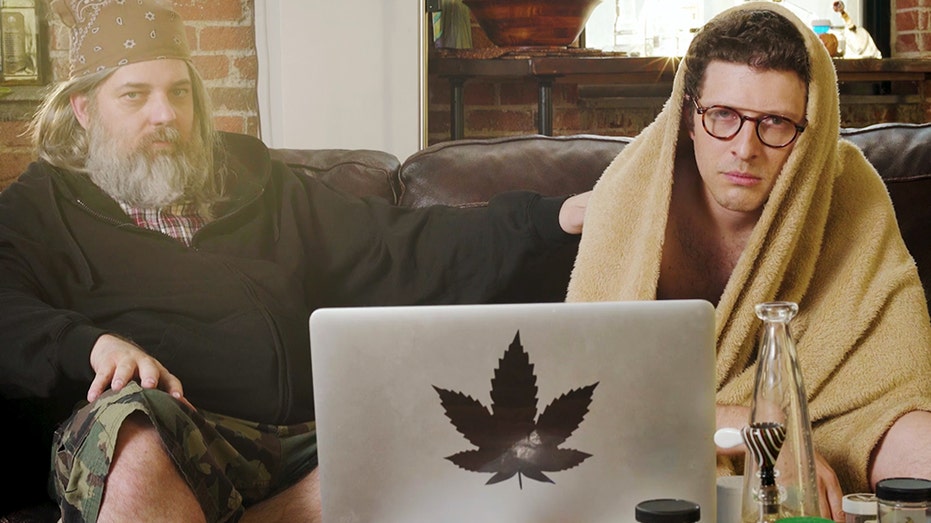 Viewers can expect new and existing shows like “Pot Pie,” “Marijuana Mania” and more than 200 hours of original cannabis-related programming from cooking shows to comedy and true crime. The network is currently being streamed on the THC Channel on the ViacomCBS-owned, ad-supported streaming service PlutoTV for free, and subscription service will launch in 2020 for viewers to access exclusive content, Otten told FOX Business.

THESE HEMP FARMERS ARE CASHING IN ON THE CANNABIS CROP

“We want to be that library for cannabis consumers,” Otten said, adding that the company is on track to make more than $4 million in revenue next year. “The popularity of shows like ‘Marijuana Mania’ proves there is mainstream demand for engaging and entertaining cannabis content.”

One of the network’s top shows, Dope State,” a satire on California’s laid-back cannabis culture with appearances by stars like Adrian Grenier and Dan Harmon, has been running since 2015, amassing more than 50 million minutes watched. Season one is available on iTunes for $4.99.

Content centered on cannabis is growing at twice as much as traditional genres like romantic comedies and sci-fi, data show, and the category saw growth with the success of hit shows like HBO’s „High Maintenance,” „Disjointed” and cannabis-focused documentaries. More than a million households in the US streamed cannabis-related content with the West Coast market dominating with more than 50 percent of viewership in Washington, Oregon and California, and in 2019, there was a 42.7 percent increase in total streamed hours for cannabis-related shows compared to 2018, according to data from PeerLogix, an advertising and technology company.

“The popularity of the cannabis genre is still concentrated between a few popular titles, but we expect this to grow in 2020 as streaming entities push for more differentiating titles to win over new subscribers,” said William Gorfein, founder and chief strategy officer at PeerLogix.

Gorfein attributes the success of HBO’s ’High Maintenance,” a comedy that follows a delivery man called “The Guy” who delivers marijuana to clients, for premium networks increasingly wanting to invest in more cannabis-centric content beyond its stoner stereotype. The show initially aired as a web series on the ad-free video platform Vimeo in 2013.

„The genre has shaken much of its historical stigma and can unlock new demographics of viewership,” Gorfein said.

Netflix rolled out a number of cannabis-focused documentaries that highlight the impact it has on health care for some. “Weed the People,” which came out last year, explores how medical marijuana can have the potential to save lives, focusing on the struggles families face treating their kids battling cancer with marijuana amid legislation that prevents millions from using cannabis as a cancer treatment.

Others, like “Grass is Greener,” which debuted in April, explore the history of cannabis prohibition in relation to criminal justice and marijuana convictions with celebrities like Snoop Dogg and Damian Marley weighing in.

Social Club TV is the latest platform to roll out with cannabis-only content. High Times TV (HTTV), an extension of High Times Magazine, debuted last year, featuring entertainment and information about the marijuana industry, streaming content live on Apple TV, Android and Roku and generating its ad venue from advertising.