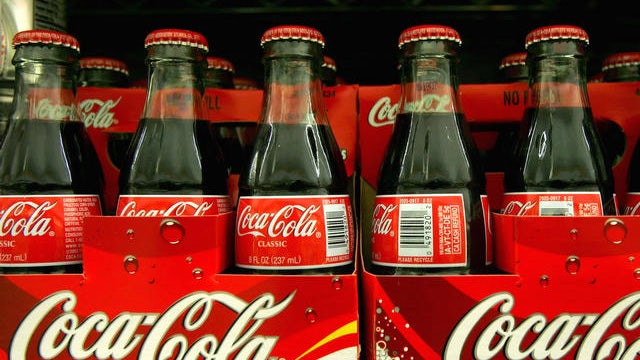 Coca-Cola will not bring its products to the CBD market, dispelling rumors that it planned to sell beverages infused with hemp oil.

„These rumors are untrue,” Coca Cola spokesperson Kent Landers told FOX Business in a statement. „As we have stated many times, we have no plans to enter the CBD market.”

The speculation comes after a since-deleted YouTube video showed a man opening a can of Coke that he claimed was infused with CBD oil, or cannabis leaf extract, which is commonly used to treat pain but can’t induce a high.

The man in the YouTube video, who goes by the username „Gabor the Blind Guy,” told viewers he gained access to the product through his father, who „produces bottling and capping machines for many major pharmaceutical and food companies.”

He said his father was „approached by Coca-Cola in Canada to design a machine that puts a childproof cap on cans of Coca-Cola. In Canada, Coca-Cola is coming out with a new line of Coca-Cola that contains CBD extracts — pretty much cannabis-based drugs,” Gabor said.

The company was „eyeing” the cannabis market and in talks with Canada-based cannabis producer Aurora Cannabis as the market grew and consumer demand for cannabis products surged, Bloomberg reported in September 2018.

Berkshire Hathway CEO Warren Buffet and Vice Chair Charlie Munger told FOX Business' Liz Claman in May that a decision by Coca-Cola to enter the marijuana-cannabis industry „would be a mistake.”

“It would be a big mistake,” Munger told Liz Claman at the Berkshire Hathaway Annual Shareholders Meeting in Omaha, Nebraska. „[Coca-Cola has] got such a wholesome image and cannabis doesn’t. It’s that simple.”

Coca-Cola CEO James Quincey dismissed the same rumors in October, saying, „We don’t have any plans at this stage to get into the space. So that’s kind of where we are.”