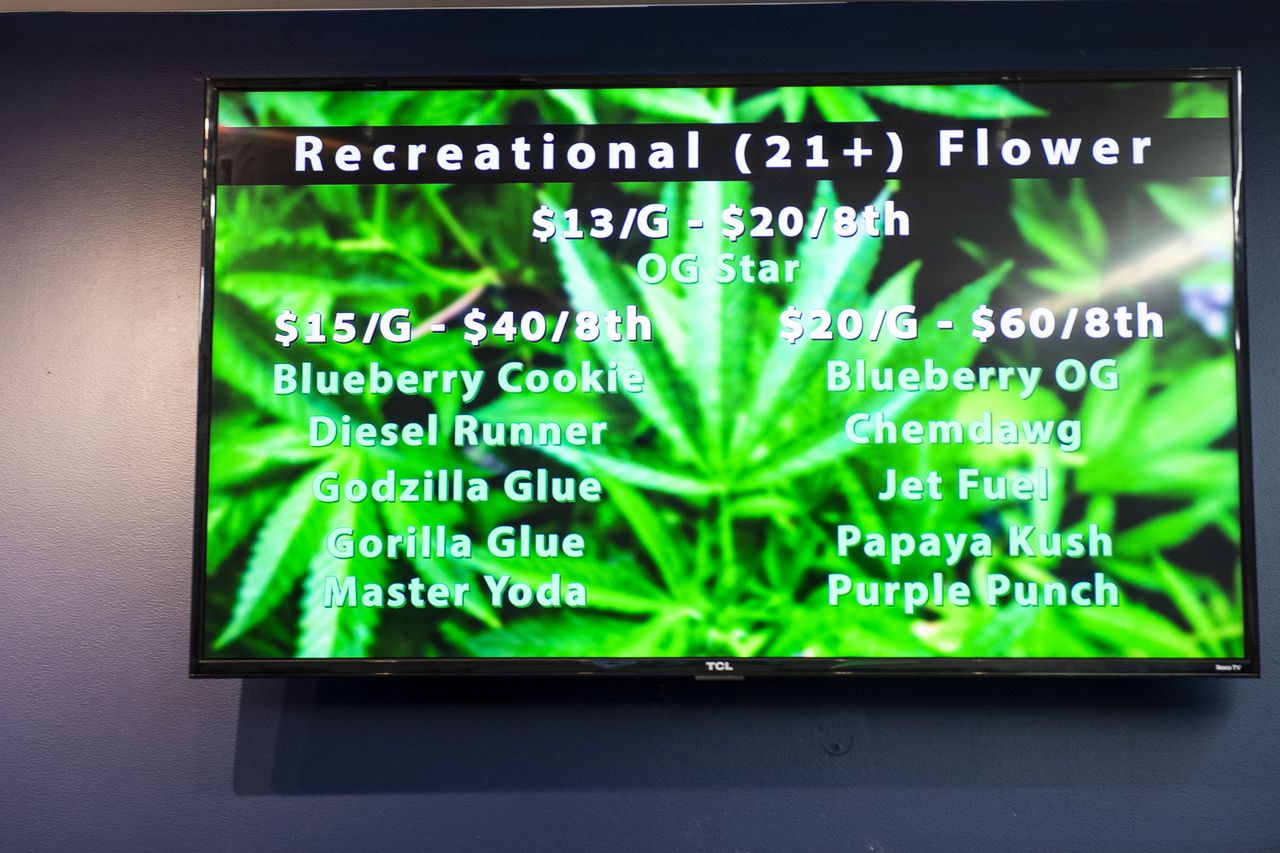 BANGOR, MI — There’s a wave of marijuana businesses coming to Southwest Michigan, and the race is on to be first to sell the drug in the recreational, or adult use, market where customers are currently paying hundreds of dollars per ounce for cannabis flower.

On Thursday, the state fire marshal inspected Smith’s planned recreational marijuana store that will share the same building as his medical marijuana shop at 126 W. Monroe, he said. A final state inspection scheduled on Jan. 3 is the final step for the business to open, which Smith expects to happen sometime in January.

The Bangor shop, about a half hour’s drive form Kalamazoo could become the closest option for Kalamazoo-area residents looking to buy cannabis on the adult-use market.

Bangor City Manager Regina Hoover said Bangor did not opt out of allowing recreational businesses, and the city is working to determine more details in allowing the shops, with an attorney currently working on an adult-use ordinance.

“We haven’t had much growth in years,” Hoover said. “This really seems to have sparked some growth in the community.”

Most involved in government and development in the community see it as a positive thing, Hoover said.

“It’s a legitimate business and that’s how we look at it,” she said, noting positive economic activity related to the new industry in Michigan.

Another option for those shopping for recreational pot near Kalamazoo will likely be Battle Creek, where the city has received thee applications for recreational marijuana shops, city planner Eric Feldt said on Dec. 26.

One of the applications to open a recreational location is from Cannabar, at 193 E. Columbia Ave., according to city records. Representatives of the company declined to comment this week, but indicated the business is working through the process to open for recreational sales.

That could happen as soon as the business submits another round of paperwork from the state and once the city approves that paperwork, Feldt said. Cannabar submitted its application to the city in December, opening a 90-day window to complete the application process. That window closes in early March.

The two other businesses that have applied to operate recreational retail shops in Battle Creek are the two locations of Battle Spring, also known as Battle Creek Provisioning, at 1525 W. Michigan Ave. and 2245 W. Columbia Ave., Suite 118, according to the city clerk’s office.

In Kalamazoo County, four medical marijuana dispensaries are licensed to operate in the city of Kalamazoo, two in Kalamazoo Township, and two in Portage.

Some of the business owners have indicated a desire to enter the recreational marketplace. However, the three municipalities all currently ban recreational businesses, though officials at each have said they plan to eventually permit recreational marijuana businesses in some form.

Releaf Center in Niles is another Southwest Michigan medical marijuana businesses that has also applied for a recreational license. Niles, which previously voted to ban recreational businesses, later voted to allow them.

Southwest Michigan lags behind other areas of the state that already have recreational marijuana stores operating including Ann Arbor, Bay City, Evart and Morenci.

In Bangor, Smith said he is really excited to open for adult use sales, but also concerned about product shortage already seen elsewhere in the first weeks of recreational sales.

If openings in Ann Arbor, the first place to offer recreational marijuana in Michigan, were any indication, there may be long lines for cannabis when Green Door opens in Bangor.

The town of less than 3,000 people is along the route between Kalamazoo, which currently does not allow recreational marijuana shops, and the popular beach town of South Haven, where voters chose to ban marijuana businesses during November’s election.

“I don’t know how long I’ll have inventory based on the fact there’s not much out there,” Smith said, adding that he should be able to supply his own flower for the business, but it may be a challenge to maintain inventory on things like vape cartridges and wax.

Smith, 59, said he grew up in the 1970s and said it’s historic for Michigan to allow marijuana sales to all adults. He said he loves that the new industry is creating new avenues for employees, vendors and others involved and believes it will create a trickle-out effect into many other industries.