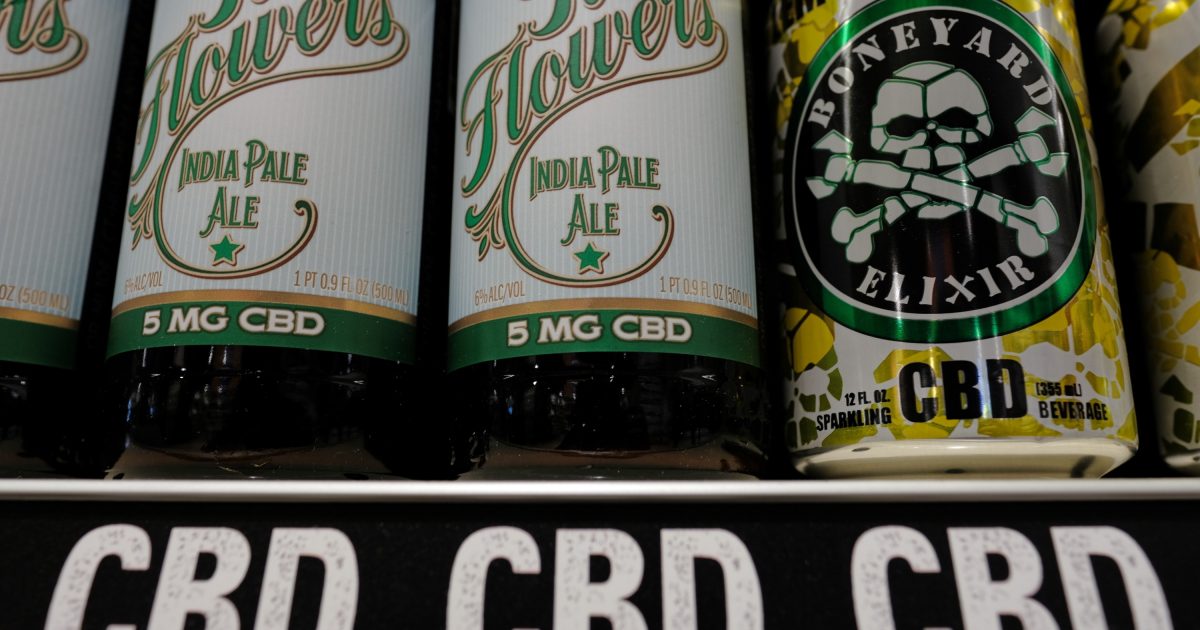 Last week, Oregon’s state liquor control board banned the addition of an increasingly popular ingredient to the alcohol beverages it regulates. The Oregon Liquor Control Commission (OLCC), which regulates both alcohol and cannabis in Oregon, announced it would ban the sale of alcohol drinks containing cannabidiol—commonly known as CBD—a substance found in cannabis.

The ban, which takes effect next week, was unexpected.

„Up to now, Oregon has been relatively permissive in its approach to CBD consumption,” the East Oregonian reports. „In 2015, the state Legislature said hemp and marijuana could legally be added to foods.”

In a September column, I reported on Washington State’s decision to ban CBD sales by any retailer that’s not a licensed cannabis shop. I noted Washington’s move was just the latest example of a growing crackdown on CBD sales. And I laid the blame for the increasing regulatory pressure on CBD sales squarely at the feet of the Food and Drug Administration (FDA). States may be cracking down on CBD, but the FDA is providing directions.

For example, last year, the FDA ordered Long Trail, the Vermont brewer, to stop adding CBD to its beer. And just last month, the FDA announced it had sent warning letters to more than a dozen companies that make health claims about the CBD products they produce. For example, the FDA alleges that Daddy Burt Hemp of Kentucky, which the agency says markets CBD oils and gummies through its website, claimed CBDs may be used to treat autism, a claim the agency questions.

Just as Washington State’s crackdown on CBDs may have been spurred by the FDA, Oregon’s move last week also appears to have been inspired by the FDA’s aggressive stance. „To some degree, [the OLCC] is following in the footsteps of the U.S. Food and Drug Administration,” the East Oregonian reported.

The OLCC isn’t done yet, either. While the agency says it will begin penalizing anyone who continues to sell CBD-infused alcohol sellers in February, the agency is already looking to close a loophole that allows bars to add CBD oils to mixed drinks they serve.

„We’re considering just outright saying that [CBD is] an adulterant for alcohol so you wouldn’t just be able to mix the cocktails,” OLCC chief Steve Marks told the East Oregonian.

Coalition Brewing, based in Portland, introduced its Two Flowers IPA, billed as the first CBD-infused beer produced and sold in Oregon, in 2016. If unscrupulous marketing lies at the heart of the growing pushback against CBD, then Coalition Brewing’s marketing approach seemed to reside at the opposite end of that spectrum.

In an excellent piece in October, a site dedicated to beer journalism, Diana Hubble described Coalition Brewing as „careful not to overstate the effect [Two Flowers] might have on consumers” and unwilling to position its CBD-infused beer as „some sort of miracle panacea.” (I reached out to Coalition but learned the brewery closed last month. Reports suggest Coalition may have been the only brewer of CDB-infused beers in the state.)

Despite Oregon’s crackdown and the demise of Coalition Brewing, CBD-infused beer is having a moment. Last year, craft beer giant Lagunitas introduced Hi-Fi Hops, a sparkling water that contains CBD or THC—the latter of which is the thing in cannabis that gets you high.  Earlier this year, „Libertarian iconoclast” Mason Hembree sold his Colorado brewery to a cannabis company that also now owns Hembree’s „patent-pending process for infusing… CBD into beer in a cost-effective way.” Last month, Hop & Hemp Brewing, a London-based brewer, introduced a very low (0.5%) ABV, CBD-infused beer. Also last month, a cannabis website touted CBD-infused beer as „the next BIG thing.”

As I wrote in September, I have no problem with the FDA moving to crack down on fishy claims made by a few CBD sellers. But while targeting of CBD foods should be the exception, it’s increasingly becoming the rule.