A peer whose son killed himself after becoming hooked on high-strength cannabis has criticised the BBC for trivialising the danger posed by the drug in its Gavin And Stacey Christmas Special.

In a scene from the show, one of the characters, Dawn – played by comedian Julia Davis – is mocked by friends for worrying about her husband smoking cannabis after finding a joint in his car.

When she shows it to the others they laugh: 'Is that it?' and say they used to smoke it all the time.

After being reassured, Dawn is shown smoking the joint and sharing it with the other characters who are giggling uncontrollably, seemingly having a good time.

Last night Lord Monson said: 'With much justification, the BBC prides itself as a beacon of truth but here it has a blind spot.

’Knowledge of the potential damage of modern cannabis is hardly obscure. 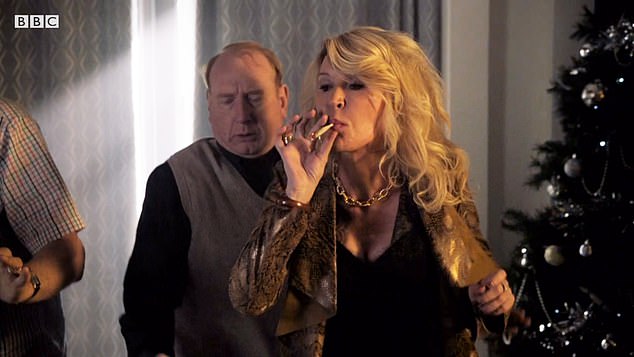 Dawn (pictured) is shown smoking the joint and sharing it with the other characters who are giggling uncontrollably, seemingly having a good time in scenes from the Gavin and Stacey Christmas Special

’What then is it doing, pushing a strong subliminal message that cannabis is perfectly OK and those who fear it might be otherwise are fair game for mockery?'

The cannabis smoked today tends to be far stronger than that smoked in the past, said Lord Monson, whose son became addicted to 'skunk', an extremely potent type of the Class B drug.

Twenty years ago most street cannabis was a type called resin, which typically contained three to four per cent tetrahydro-cannabinol (THC), the main psychoactive compound.

But now the market is dominated by skunk, which is four or five times stronger and has been linked to far higher rates of psychosis. 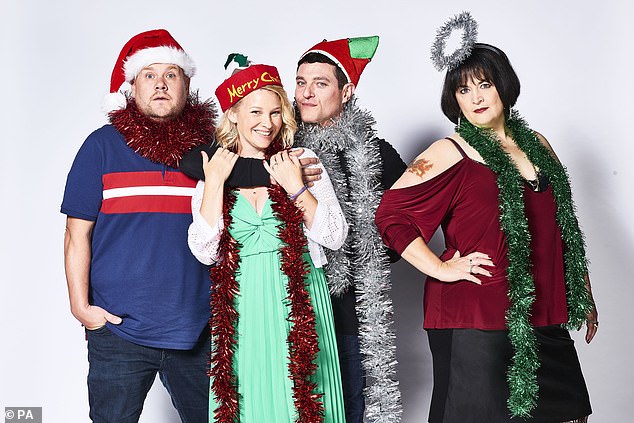 The Gavin And Stacey Special – which was watched by 11.6 million people – topped the Christmas Day viewing figures

Lord Monson said many people could not handle it – 'like my son Rupert'.

He said: 'Our tragedy is not unique. Super-strong cannabis is mentally damaging, it is thought, for about one in nine regular users. Because of developing brain issues before the age of 25, the young are even more susceptible to its injurious effects.'

The Gavin And Stacey Special – which was watched by 11.6 million people – topped the Christmas Day viewing figures.

The BBC declined to comment on Lord Monson’s concerns.