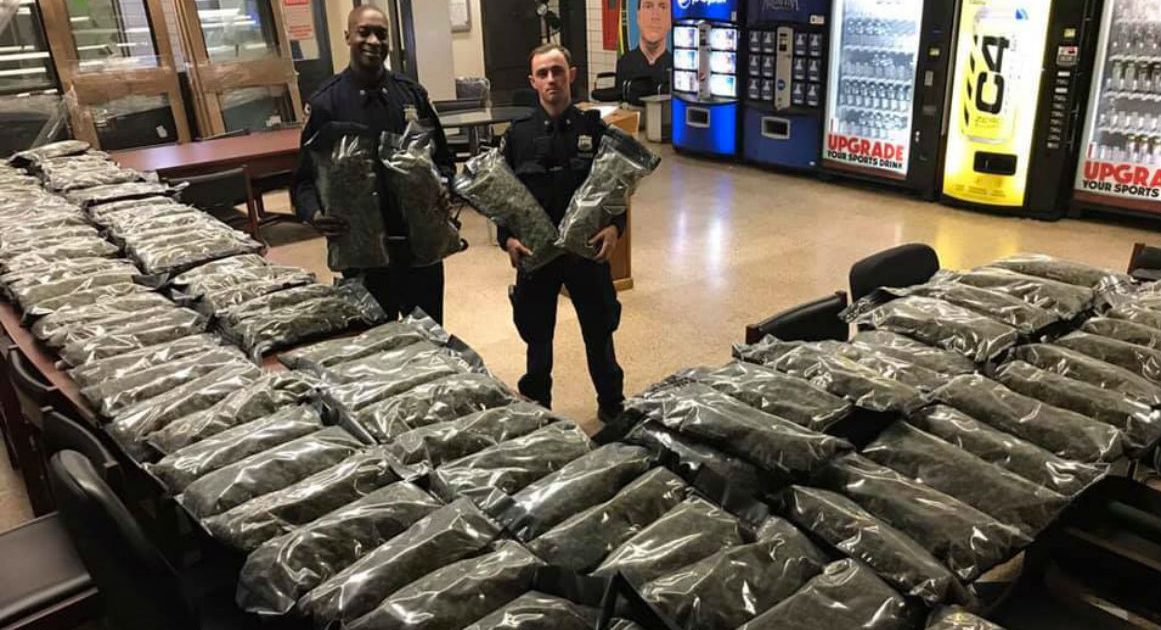 Oren Levy has spent the last six years selling and promoting the benefits of herbal remedies, including cannabidiol (CBD), a non-intoxicating compound found in both marijuana and hemp. But it wasn’t until after Congress decriminalized hemp, the source of Levy’s CBD, that Levy had his first shipment confiscated by law enforcement and nearly lost his business. As Levy’s case demonstrates, federal decriminalization is not equivalent to state-level legalization.

As I previously reported, Levy’s New York-based Green Angel CBD used FedEx Freight in November 2019 to send a 106-pound shipment of hemp flower from Fox Holler Farms in Vermont to New York. The shipment has an estimated value of $50,000 to $60,000.

Levy’s problems began when FedEx Freight alerted the Williston Police Department (WPD) in Vermont that a customer was possibly attempting to ship marijuana. In its police report, the WPD explained that it examined two of the FedEx boxes and that each box contained documentation showing the plant matter inside had only 0.06 percent THC—which is within the legal limit for hemp plants. The boxes also contained paperwork showing that Fox Holler Farms was licensed by the state of Vermont to grow hemp.

WPD concluded in its report that the product appeared to be legal hemp and declined to seize the shipment. But that wasn’t the end of Levy’s ordeal.

After entering New York City, a FedEx driver took Levy’s hemp shipment straight to the New York Police Department’s 75th Precinct. Officers there ignored the documentation, seized Levy’s shipment of hemp as if it were marijuana, and then bragged about their major 'bust’ in now-deleted social media posts.

The NYPD also contacted Levy, asking him to come to the precinct to pick up his shipment. The call was a ruse. Levy was recovering from a medical procedure at the time and sent his brother Ronan Levy in his place. Upon his arrival, Ronan was arrested, charged with six counts of marijuana possession, and jailed.

During a press conference the day after, NYPD officials claimed that the Levy brothers did not have the proper bill of landing indicating that the shipment was hemp. Levy pushed back, accusing the department of purposefully ignoring the paperwork and using an outdated field test that cannot differentiate between levels of THC. Records show that arresting officer Rodney Greenidge concluded from „physical characteristics” that the shipment was pot.

With the NYPD in possession of his shipment and his brother in need of legal help, Levy’s business began to suffer. He told me by phone in early December that he was already $30,000 to $40,000 in the hole. „I’m not sleeping at night. I’m not eating anymore,” Levy said.

The Levy’s received some relief earlier this month when Ronan Levy appeared in court (after 35 hours in a jail cell) and learned the Brooklyn District Attorney’s Office intended to dismiss the case by the end of May 2020. „We intend to dismiss charges, but we still have more work,” D.A. spokesperson Oren Yaniv confirmed to me after Ronan Levy’s court appearance.

The charges against Ronan Levy were officially dropped December 10, but the additional „work” in the D.A.’s statement proved to be another hurdle. Though tests conducted by the city confirmed that the plants Levy ordered from Vermont were indeed hemp, the NYPD still had the shipment in its possession and the D.A. wasn’t sure how to interpret New York’s hemp laws.

The farm bill classifies legal hemp as containing less than 0.3 percent THC by weight, and Levy’s shipment contained only .06 percent THC. But New York law defines marijuana as „all parts of the plant of the genus Cannabis,” which includes hemp. While Gov. Andrew Cuomo signed legislation this month that will bring New York hemp laws up to date with the federal farm bill, the specifics won’t be ironed out until January at the earliest.

The hemp bill Cuomo signed might seem like reason enough for the Brooklyn D.A. to leave Levy and his brother alone, but the office found another reason to harass the company: Levy didn’t have a license to sell CBD. Yet the New York Department of Agriculture independently confirmed that, while it’s possible the rules may change in 2020, New York presently does not require licenses for the „retail sale of CBD.”

Just days before Christmas, Levy tweeted that the Brooklyn District Attorney’s Office approved the release of his shipment, and he received it on Monday, December 23.

„We got our shipment back,” Levy wrote on Instagram. „Thank God! Now I have to check everything. So far it feels super dry and brittle. I’ll have to send some to the labs as well! Thank you for all the support! We really appreciate it.”

Upon receiving his shipment, Levy was treated to another gift. The paperwork that the NYPD claimed the shipment didn’t contain was still attached to the boxes.

Levy and his brother are now suing New York City, the NYPD, and possibly FedEx.