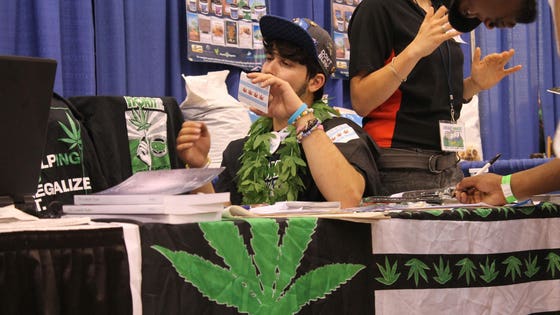 The state of Illinois has legalized cannabis for adult use. In 24 hours, sales are expected to begin. Will the supply meet the demand?

So far, none of the dispensaries that have received licenses appear to be fully ready for adult-use retail sales.

„It is going to be Bedlam on the first,” says Dr. David Ostrow, a medical practitioner, based in Chicago.

Adult use retail dispendary licenses were granted only to existing medical marijuana dispensaries.

„The allocation favors the monopolies that are forming, like Cresco and MedMen,” Ostrow says.

Incidentally, Cresco is currently rebranding all of the dispensaries it has acquired.

As it takes some time to cultivate, process and manufacture cannabis, there is a fear amongst residents of Illinois that medical patients will be competing with adult users for access to the current supply of available cannabis.

Some practioners speculate that medical patients will turn to the illicit market if there is a shortfall in the cannabis dispensaries. The retail shops are supposed to prioritize and service medical patients first; however, they may be mobbed with long lines of adult-use customers.

The situation may emulate what transpired during cannabis legalization in Canada: Initially there was a lack of inventory, so the consumer demand partially dissipated to the unregulated market. Then, Canada ramped up marijuana production; however, the supply that was offered and its price points were not appealing to current adult consumers.

Subsequently, the lack of anticpated legalized sales caused cannabis companies to get stuck with a glut of inventory, that became endangered by expiration factors, including post-harvest dryness and age.

„Turning cannabis into a commodity that entrepreneurs with a lack of knowledge of the plant are utilizing solely to turn a profit flies in the face of everything cannabis represents,” laments Dr. Ostrow.

New Year’s Day 2020 will be a defining moment for many of those entrepreneurs if there is a run on their dispensaries in Ilinois.