Increasingly, products containing cannabidiol, or CBD, a chemical component of cannabis, are popping up at grocery stores, gas stations, drugstores, and internet marketplaces. Celebrated for its purported therapeutic effects and legal when derived from hemp—a form of the cannabis plant—CBD can be found in shampoos, hand lotions, skin creams, and even dog treats. Far-reaching medical claims tout its success at treating various conditions such as anxiety, acne, insomnia, addiction, inflammation, and Parkinson’s disease.

But such assertions often go far beyond what science has shown, according to cannabis researcher Ryan Vandrey, an associate professor of psychiatry and behavioral sciences at the Johns Hopkins University School of Medicine. He and other researchers are working to understand the effects of the compound and what conditions it might actually help. He recently spoke with Dome about his research and his concerns about the growing CBD market.

Does CBD get you high? What does the research say?

THC, another chemical component of cannabis, drives most of the effects we typically associate with the drug, such as the subjective „high.” There’s this perception that CBD is not psychoactive, but I think that’s inaccurate. Research from our lab and others shows that CBD can produce subjective drug effects. CBD drug effects are different from THC and do not seem to produce intoxicating effects where performance or cognition is impaired. While that’s not a bad thing, impacting mood and behavior is a psychoactive drug effect. For example, caffeine is a psychoactive drug because it affects brain function and mood.

Are products that contain CBD safe?

There’s an inadequate regulatory framework to ensure that these products are tested, appropriately labeled, and free of contamination. There’s no way to tell how much a person should take or how to determine if it’s even helping their condition, and we still don’t know what kinds of patients are going to best benefit from CBD versus another medical intervention. Researchers are most commonly studying CBD’s application in anxiety, insomnia, post-traumatic stress disorder, pain and inflammation, and autism. 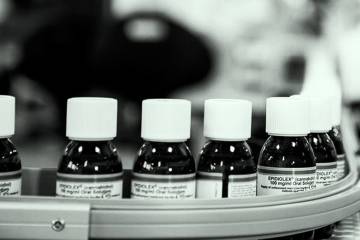 Hopkins experts discuss the DEA’s recent decision to schedule a marijuana-derived epilepsy medication as a Schedule V drug, making it the first federally sanctioned compound derived from the cannabis plant

Some people are taking CBD for general wellness, and we have no evidence that’s a good idea. Anytime you take a medication chronically, it’s going to impact your physiology. It could be harmful. It could interact with other medications in a substantial way.

The U.S. Food and Drug Administration was recently given regulatory power over hemp, and has since enacted certain restrictions on CBD. It is now illegal to market CBD by adding it to food or labeling it as a dietary supplement.

A JAMA study in which you participated shows that nearly a quarter of the CBD/hemp products sold on the internet contain THC even though THC wasn’t listed on the labels. What does that mean for the public?

Most people who use CBD are completely unaware of the possibility of THC exposure. With the legalization of hemp—which is simply cannabis with less than 0.3% THC—and hemp-derived products containing CBD, there’s potential for those products to have a significant impact on drug testing programs. My lab just completed our first CBD study, which showed that a single instance of vaping cannabis that has 0.39% THC in it (similar to the legal allowance in hemp of 0.3%) can result in a positive drug test for THC. We’re interested in determining whether using CBD may affect the outcomes of workplace drug tests and roadside tests for driving while intoxicated or under the influence.

„All told, I think there is a real therapeutic potential for cannabinoids, but we cannot abandon the methods used to bring all other medications to market.”
Ryan Vandrey
Associate professor of psychiatry and behavioral sciences

Also, depending on the amount used and route of administration, these products have the potential to produce impairing drug effects. So we need to ensure there are evaluation mechanisms that can differentiate between someone who is using a legal drug versus an illegal drug. Similarly, we need to be able to recognize the difference between a drug that can impair your ability to operate a vehicle versus one that does not.

What CBD studies is your team working on?

We’re characterizing the drug’s effects in healthy adults who are given a dose of CBD and looking to see whether there’s a difference if the drug is inhaled or swallowed. We’re also conducting long-term observational research on people who are using cannabis, hemp, and CBD products for medicinal purposes. We want to know why people are using it and look at their health outcomes.

We’re also looking at whether CBD’s effect changes when used in conjunction with THC.

Can you tell us a little about the initial findings from the long-term observational study?

We found that, among individuals with a variety of health problems such as epilepsy, chronic pain, autism, anxiety, and other serious health conditions, those who were using a cannabis product—people predominantly used CBD products—reported a better quality of life and satisfaction with health, pain, sleep, and mood compared with those who were not using cannabis products. When those who were not using cannabis at the time of our first survey later started using cannabis, they showed improvements in those same health measures that mirrored the differences between the cannabis users and nonusers in the beginning.

Though we can’t say definitively that CBD is effective for any of these health problems, the outcomes of this study highlight the need for additional research on hemp/CBD products in controlled clinical trials, especially for autism, anxiety, depression, multiple sclerosis, chronic pain, and epilepsy conditions other than Dravet syndrome and Lennox-Gastaut syndrome.

What’s your advice for someone who wants to try CBD?

My advice always is, first and foremost, to talk to your physician before you try any new drug, including CBD. Just because you can buy it at CVS and Walgreens, and because there’s generally no impairment and potential for abuse, doesn’t mean that it’s without risk and an appropriate treatment for you. That discussion should focus on what treatment options are available and what the relative potential for risk and benefit would be for each option.

I have the same recommendation about CBD products for pets. We have even less research to back up CBD as a treatment for them.

All told, I think there is a real therapeutic potential for cannabinoids, but we cannot abandon the methods used to bring all other medications to market. Data that can be used to determine efficacy, safety, dosing, and formulation is needed for each therapeutic area in which CBD is believed to be beneficial. We also must be mindful of gimmick products for which there is no reason to believe CBD is a meaningful addition.

This article originally appeared in Dome.