Doctors have warned of the risks of eating cannabis products, particularly to those who are new to the substance.

Weed was legalized in Canada in 2018, and some 27 percent of respondents of the 2019 National Cannabis Survey said they had consumed cannabis in an edible form in the past three months. Since the creation and sale of cannabis edibles was authorized by the Canadian government in October 2019, products like candies, drinks and baked goods were expected to become more widely available, the authors said.

In a commentary published in the Canadian Medical Association Journal, Drs. Lawrence Loh and Jasleen Grewal of the University of Toronto said they were concerned some people may be unaware that it can take longer for the effects of cannabis to kick in when it is eaten, and how long it can last.

When cannabis is smoked, it can take just a few minutes for a person to feel stoned. But it can take up to four hours for the psychoactive effects to begin when it is ingested, and they can last on for more than eight hours, Loh and Grewal warned. This delay can heighten a person’s risk of taking more than they had planned when the high doesn’t immediately hit.

According to Canadian regulations, products cannot contain more than 10 mg of THC—the psychoactive ingredient in cannabis—which should help prevent people from taking a higher that intended dose, Loh and Grewal said. However, some people may react differently to different products, they said, with new users particularly at risk.

Children and older adults, meanwhile, could mistake edibles for regular candies or other food and drinks, the doctors said. This is highlighted by the 70 percent spike in calls reporting children consuming edibles to Colorado’s state poison control center between 2013 to 2017, after the drug was legalized. Older people using cannabis are at greater risk of low blood-pressure related falls, suffering from thinking problems, issues with their heart rate, and interactions with drugs they take for existing conditions, the authors wrote.

Loh and Grewal also called on doctors to advise people against making their own edibles or using illicit products, over fears they may contain too much weed; individuals could be poisoned by pesticide residues; or accidentally consume other drugs, such as narcotics, that illicit products could be contaminated with.

In addition, Loh and Grewal said younger people should be cautious of cannabis, citing a study suggesting this age group believes cannabis can improve mood, anxiety, and sleep, despite studies showing using the drug at a young age can impair brain development, and trigger poor mental health.

„Physicians should openly discuss patients’ use of cannabis, including edibles, to enable counseling on safe consumption and driving, and to discourage the consumption of illicit or homemade edibles,” Low and Grewal wrote.

Loh told Newsweek: „Those who choose to use cannabis should remember that legal does not necessarily mean safe. Depending on an individual’s health, the nature of the product, or the means by which it is consumed, the consumption of cannabis in edible forms can have both short and long-term health impacts.

„Some of those impacts can also differ markedly from the consumption of cannabis in lit forms, particularly in terms of time to onset and risk for overconsumption,” he said. 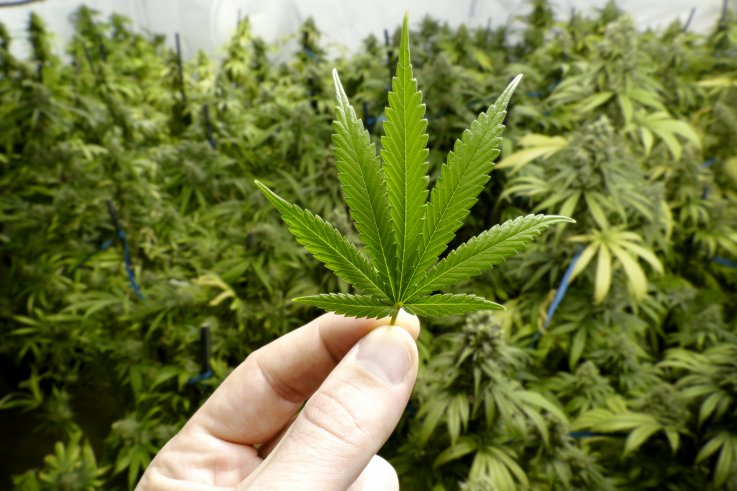