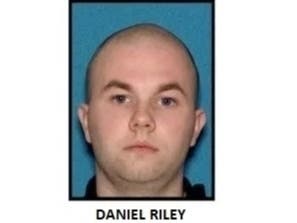 BRICK, NJ — A Brick Township man has been charged in a massive Monmouth County bust of an organization that authorities allege was infusing regular candies with THC, authorities announced Tuesday.

Riley was among 24 people charged as a result of search warrants following the yearlong investigation, called Operation On The Ropes. Read more:

24 Busted In NJ Ring That Allegedly Turned Candy Into Drugs

The prosecutor’s office said the scheme secretly converted legitimate candies, including the popular Nerds Rope and Sour Patch candy brands, to an illegal THC-infused product. THC, or tetrahydrocannabinol, is the substance that creates most of marijuana’s „high.”

About 21,000 packages of candy infused with suspected THC, 1,100 pounds of suspected marijuana, and more than 6,000 flavored THC vape cartridges, with a total estimated street value of $1.9 million, were seized.

The group used a warehouse in Manalapan and a hangar at the Monmouth Executive Airport in Wall Township for production and storage, the prosecutor’s office said.

The organization took regular candy, including Sour Patch candies and Nerds Ropes, laid the candies in trays and would spray them with concentrated THC. Once it dried, they would repackage the candy as illegal marijuana edibles and sell it all over the state, Prosecutor Christopher Gramiccioni said.

The approximate 21,000 pieces of candy were manufactured with unknown amounts of THC and totaled more than 100,000 individual doses, authorities said. The THC products that were processed were then intermingled with THC products that the network operators illegally trafficked into New Jersey from a supplier in California. The THC products have an estimated street value of nearly $900,000, the prosecutor’s office said.

„The packaging on this THC laced 'candy' is almost indistinguishable from regular drug store candy. Your kids may be getting high right before your eyes, if you are not paying close attention,” said Monmouth County Chief of Detectives John G. McCabe. „This illegal operation makes juveniles and anyone who consumes these products susceptible to random levels of drug toxicity.”

„The operation used their own wrappers and labels to repackage the drug-infused candy. There were no sanitary measures taken, no safety apparatus, and there were certainly were no standards in place to ensure the product was not contaminated,” said Middletown Township Police Chief Craig Weber, President of the Monmouth County Chiefs Association. „Consumers of these products had no way of knowing exactly what they were ingesting.”

More than $10 million in assets, including $1,483,859 in cash, and 21 high-end exotic vehicles, including cars like Ferrari, Lamborghini, Bentley, Rolls Royce, and Mercedes Benz, with an estimated total value of approximately $2,783,445, were also seized as part of the criminal investigation.

The investigation is continuing. Anyone with information about the activities of any of the defendants or any of the following companies is asked to contact the Monmouth County prosecutor’s office: Empire Pain Center; Empire Power and Gas Holdings; Global Empire International Holdings; Supreme Lead Generations; Platinum Communication Services; Platinum Funding Associates; Jenza Properties, LLC; Dynasty Property Holdings.

Contact Capt. Maria Reverendo of the Monmouth County prosecutor’s office at 1-800-533-7443.
Anonymous tips can be reported to the Monmouth County Crime Stoppers confidential telephone tip-line by calling 1-800-671-4400; or you can text „MONMOUTH” plus the tip to 274637; or, they can email a tip via the website at www.monmouthcountycrimestoppers.com.