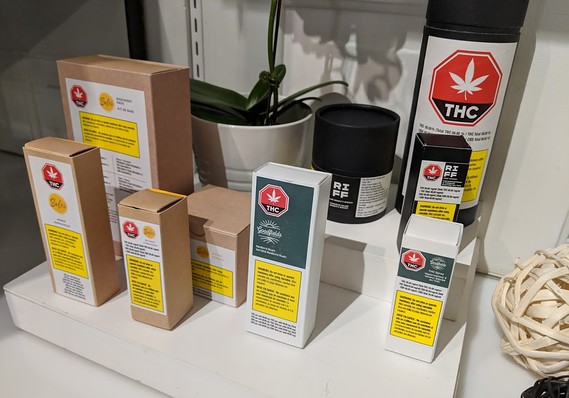 KushCo KSHB, +1.53%   reported a sequential revenue decline in the fiscal first quarter, logging sales of $35 million versus fiscal fourth-quarter revenue of $47 million. In a statement, KushCo Chief Executive Nick Kovacevich said the company expected a decline because of the “widespread industry slowdown caused in large part by the black-market vaping crisis.”

Kovacevich said that “many” of the company’s customers slowed down their buying to ensure they wouldn’t be left holding vaporizer inventory in the event of a regulatory ban. Kovacevich also said that because of concrete findings by the Centers for Disease Control, and Massachusetts lifting its ban ahead of schedule, the company expects that second half of its fiscal year will be stronger.

In the statement, Kovacevich said sales in states where medical cannabis is legal partly offset the “softness we experienced in the adult recreational-use markets.”

Analysts surveyed by FactSet had estimated losses of 9 cents a share on revenue of $41.4 million. Analysts model fiscal second-quarter losses of 8 cents a share and sales of $49.8 million.

KushCo reiterated its fiscal 2020 revenue guidance of $230 million to $250 million and said revenue from its hemp-trading platform would exceed $25 million in fiscal 2020. The company said it had $14.7 million in cash at the close of the fiscal quarter.

During the quarter, the company laid off 53 people, which it estimates will generate $4.3 million in annual cost savings.