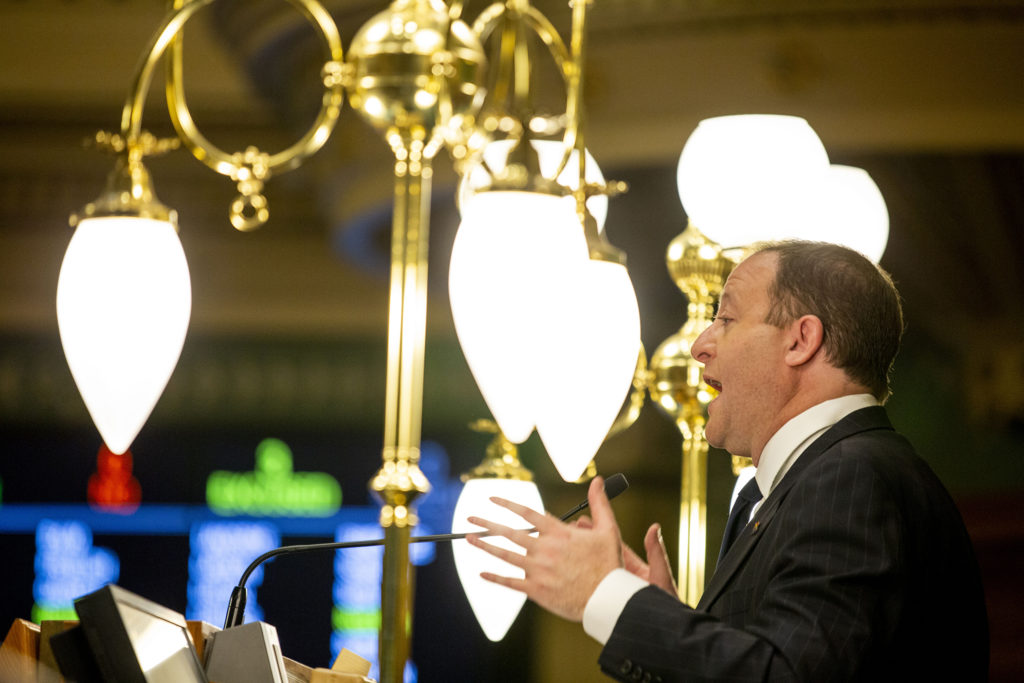 Kevin J. Beaty/DenveritePolis went ahead with his second State of the State address after the protesters were cleared from the state House chamber. 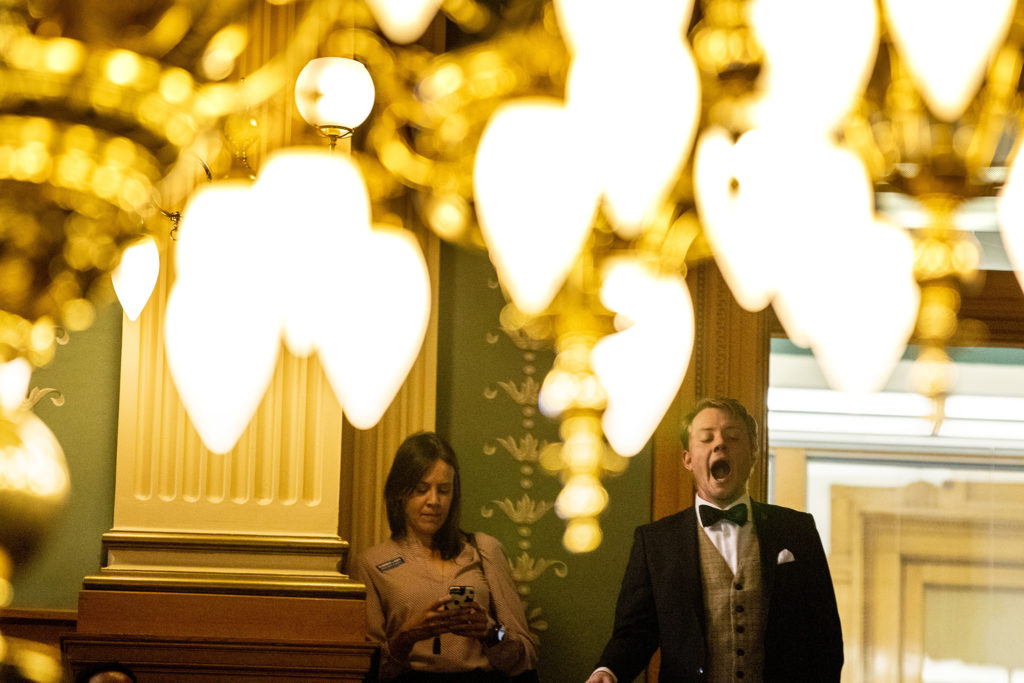 Kevin J. Beaty/DenveriteLawmakers yielded yawns from one man in a bow tie during the first day of the 2020 legislative session at the Colorado State Capitol. Jan. 8, 2020. 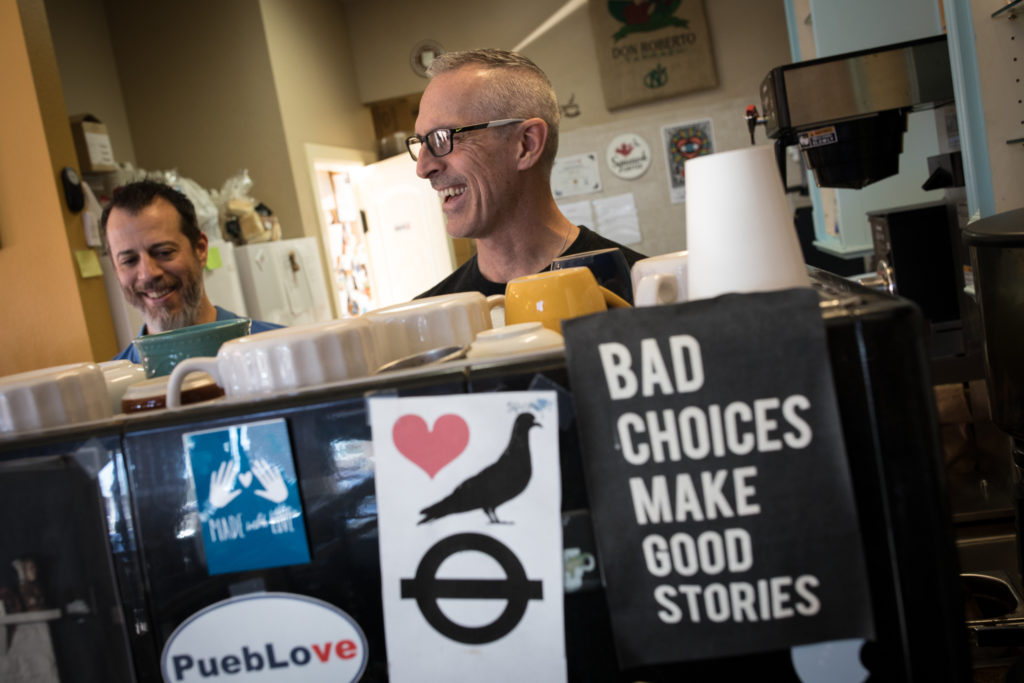 Hart Van Denburg/CPR News Victor Levi, left, and Dave Swinston own the Squawk coffee shop in Pueblo. They hosted CPR News on Jan. 7 2019 so we could ask voters how they want to help us craft our coverage of the 2020 general election. Want to take part? Either fill out the survey at this link, or come see us in person. CPR News reporters will be in coffee shops, markets, and other community spaces around the state, getting to know Coloradans and their priorities. The Colorado Public Radio Facebook page has an updated list of events.

Stephanie Wolf/CPR News CPR arts reporter Stephanie Wolf was in Summit County last weekend. She swung by the Ice Castles exhibition in Dillon on Jan. 5, 2020, just in time to catch the whimsical icy sculptures light up for the night. 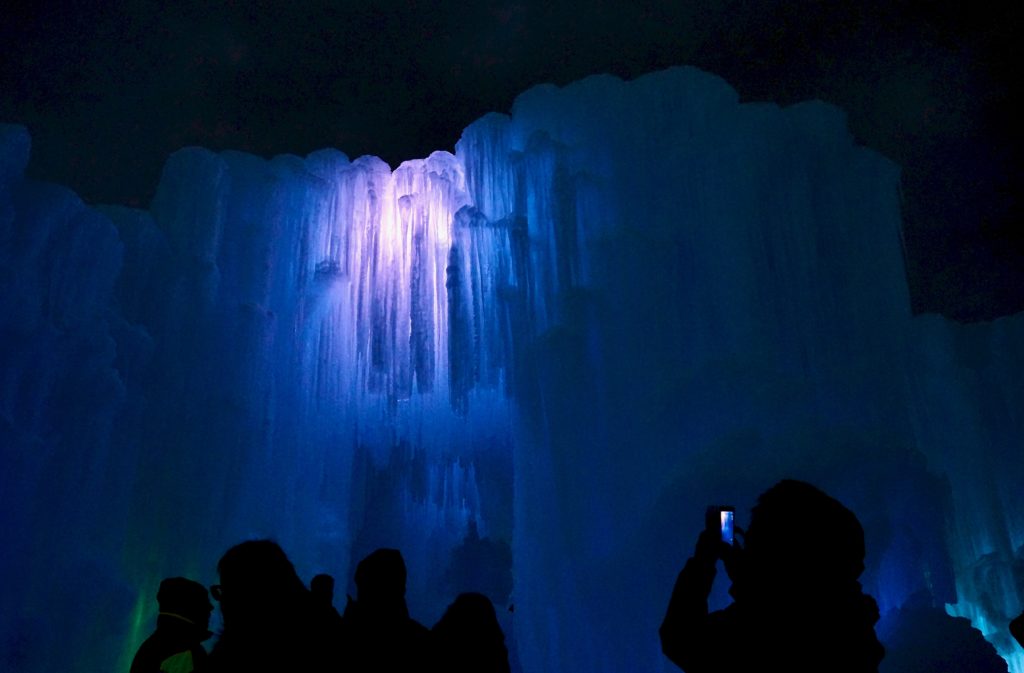 Stephanie Wolf/CPR NewsCPR arts reporter Stephanie Wolf was in Summit County last weekend. She swung by the Ice Castles exhibition in Dillon on Jan. 5, 2020, just in time to catch the whimsical icy sculptures light up for the night. 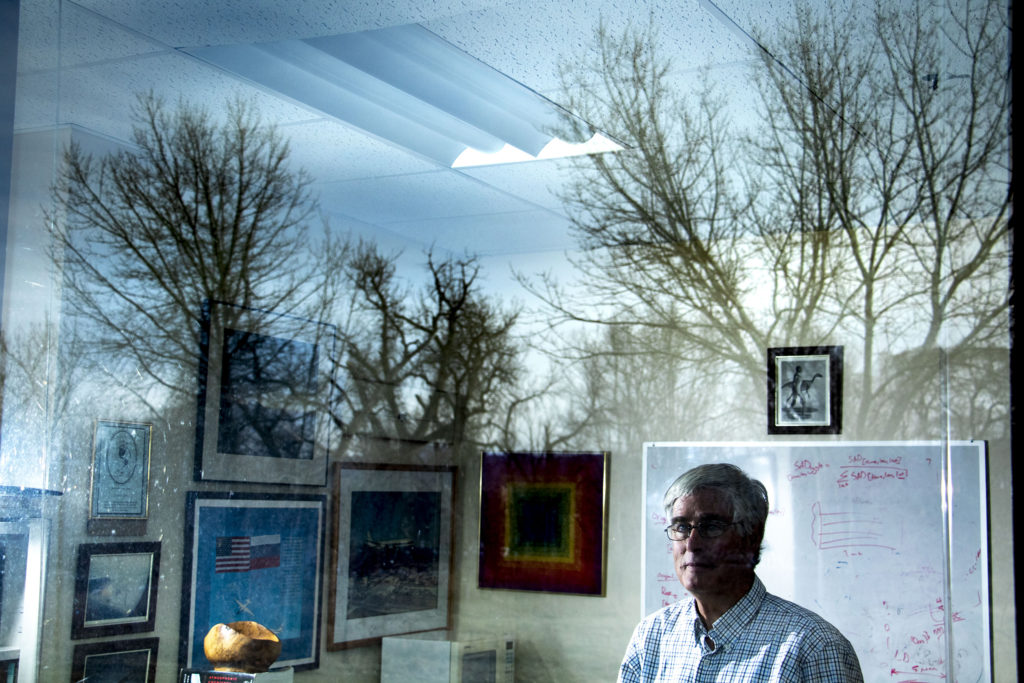 Kevin J. Beaty/Denverite Brian Toon, a professor of atmospheric and oceanic sciences at the University of Colorado Boulder, revives a Cold War nightmare for the 21st century — nuclear winter. In the 1980s, Toon was among a group of scientists who first theorized about the frigid planet that might remain after a full-scale nuclear conflict. His new work suggests even regional war could refrigerate the climate. 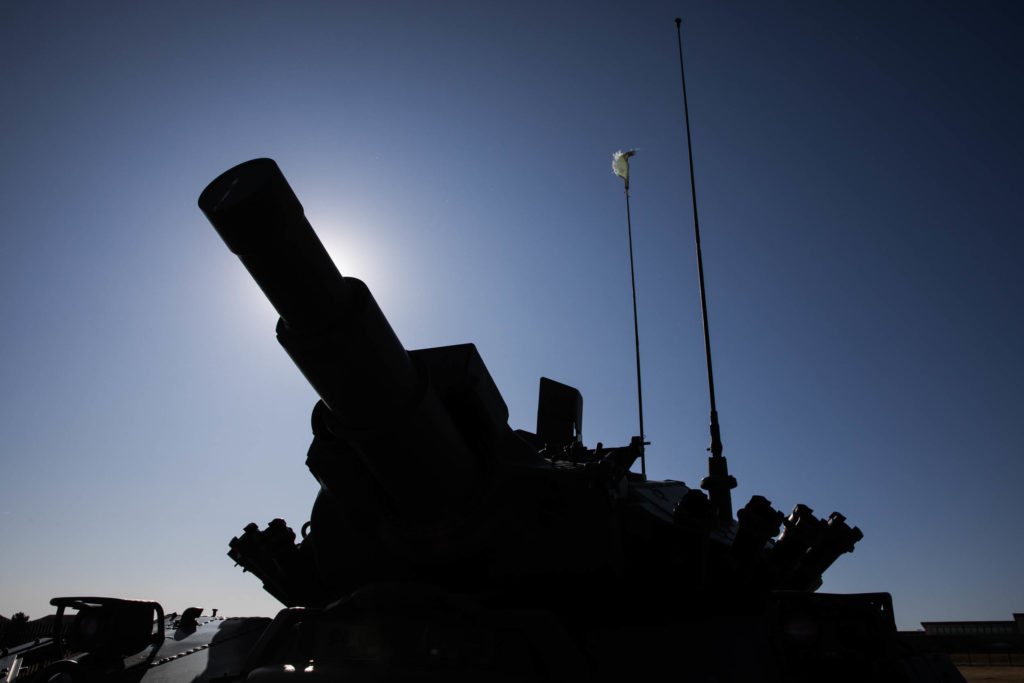 Hart Van Denburg/CPR NewsColorado Springs’ military community has closely watched as U.S.-Iran tensions have flared. With five nearby military installations, it’s not difficult to find former service members around town to talk about the situation. Military hardware is on display at Gate 1 of the nearby Fort Carson military base. 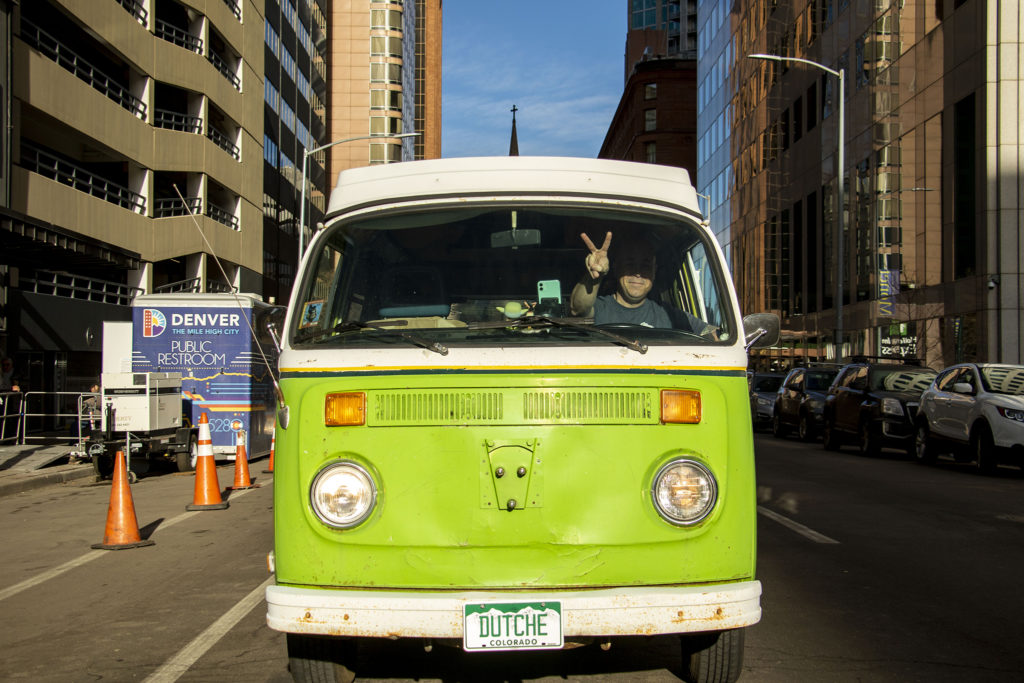 Kevin J. Beaty/DenveriteJarred Randone, a military veteran, flashes a peace sign as hundreds of people march by in protest to the possibility of war with Iran on 16th Street Mall on Saturday, Jan. 4, 2020. 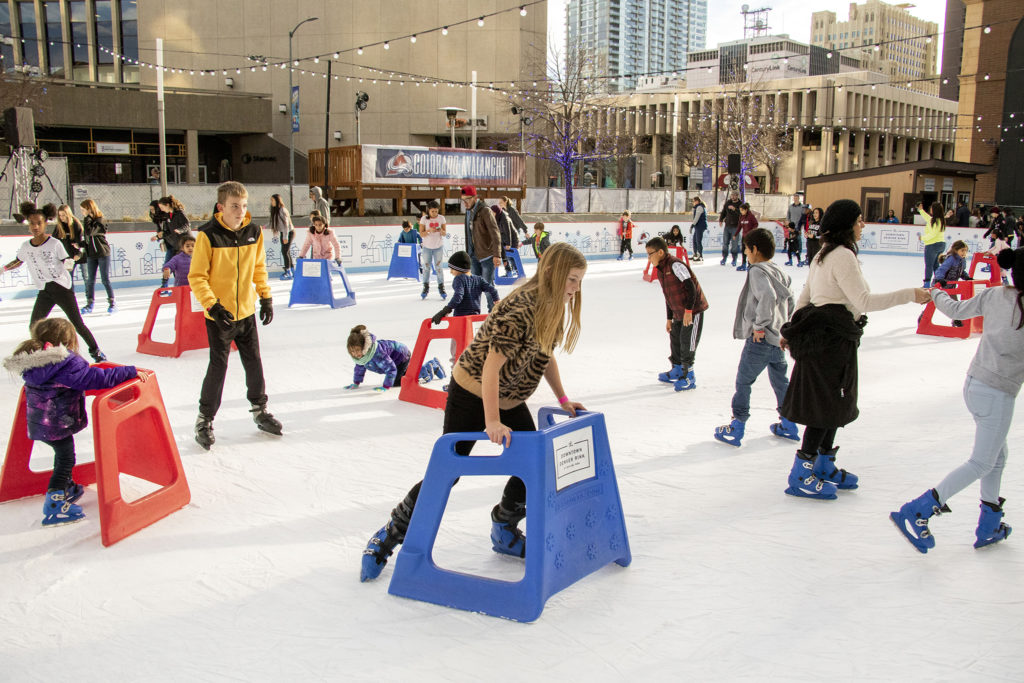 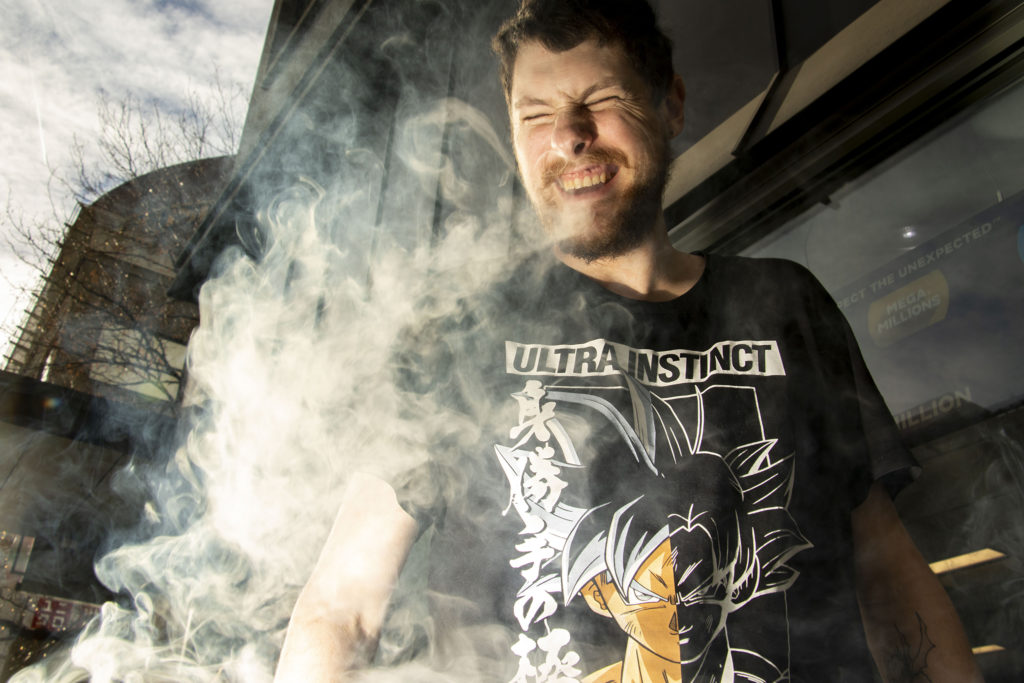 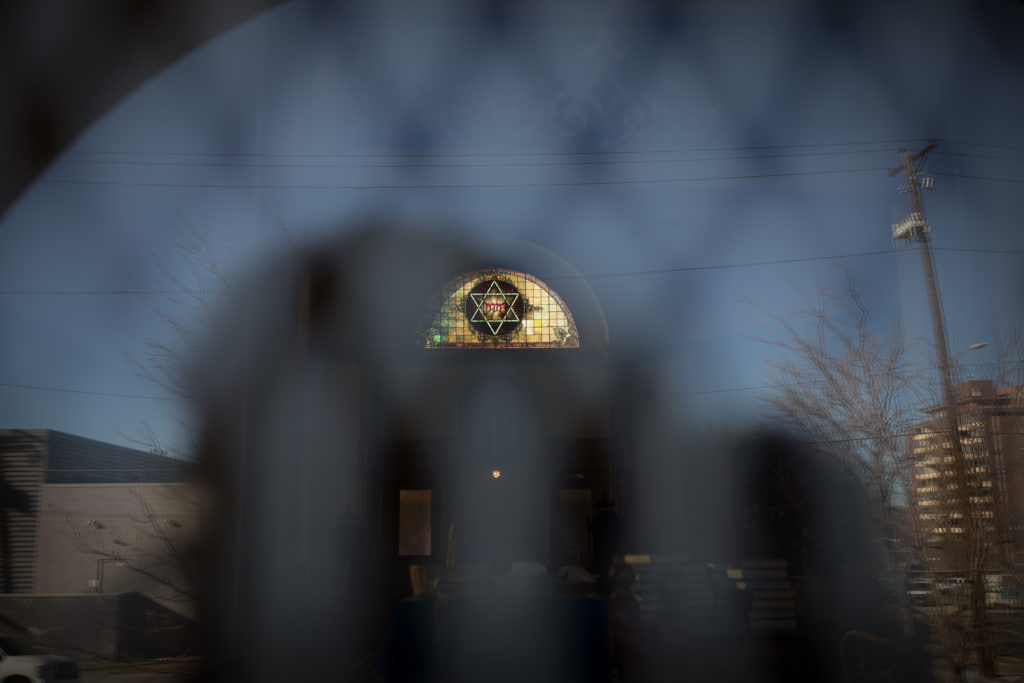 Hart Van Denburg/CPR NewsPueblo’s Temple Emanuel, Jan. 7 2019. An alleged white supremacist accused of planning to bomb the Colorado synagogue pleaded not guilty to a hate crime and other charges.