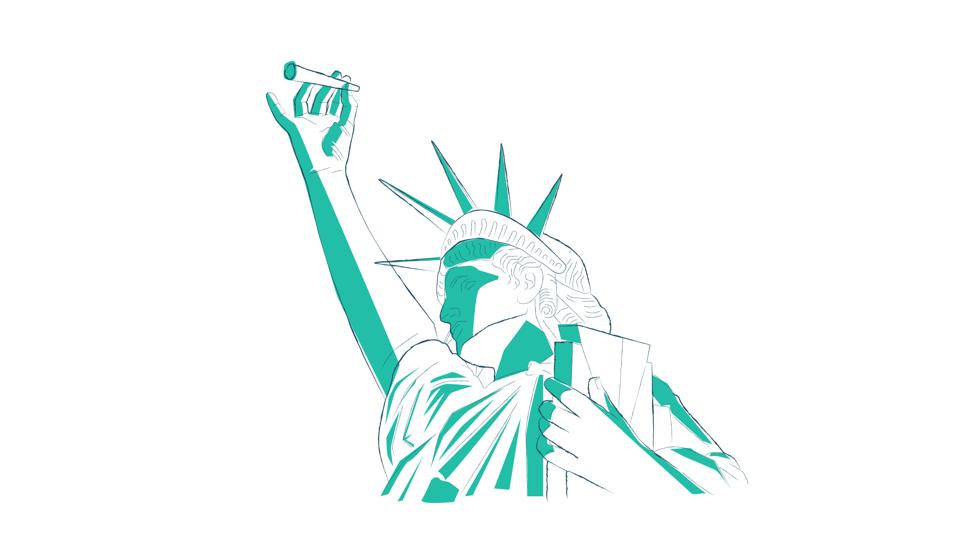 The second week of 2020 came with no shortage of news in the cannabis world.

In New York, Governor Andrew Cuomo reaffirmed his intention to legalize adult-use cannabis in the state this year, after failing to do so last year; in Kansas, Governor Laura Kelly announced her own plans to pursue medical marijuana legalization; and in Mississippi, activists gathered enough signatures to warrant the introduction of the question about medical cannabis in the November ballot.

Meanwhile, in South Dakota, the office of the Secretary of State, Steve Barnett, passed a proposed constitutional amendment that would make adult use cannabis legal, and oblige the state legislature to enact a law regulating hemp cultivation.

Illinois continued to witness the success of its recreational cannabis program, with sales of roughly $11 million in the first week. Commenting on recent developments in the state, Sumit Mehta, CEO of cannabis-focused capital raising and investing firm Mazakali, said, “Cannabis remains an odd commodity. It is both an intoxicant and a medicine, embraced as well as vilified; with those who have sought a commercial relationship with it currently enjoying corporate boardrooms and enduring criminal detention.”

Mehta commended the prairie state for its far-reaching expungement program, which recently cleared the records of more than 11,000 people with non-violent cannabis offenses, noting that, “in tackling the complex and consequential social equity component of cannabis legalization with an ambitious criminal expungement program, Illinois has shown leadership on an issue intertwined equally with legalization and human rights. Freedom cannot exist as long as nature is illegal, and the freedom provided to both the plant and the people who have suffered for seeking a commercial relationship with it is immensely gratifying at a historically significant level.”

See Also: The Most Popular, Viral Weed Tweets Of The Last Decade

In other news related to Illinois, airports in Chicago saw “cannabis amnesty boxes” pop up. Their purpose: to allow people leaving the state to dispose of their legal marijuana before crossing state lines – as marijuana remains federally illegal and thus its transportation across states, a crime.

And finally, in Mexico, a Senate committee said the regulation of the use and home cultivation of recreational cannabis in the country would be among the top legislative priorities of 2020, in line with the April 30th deadline set by the Supreme Court of Justice of the Nation.

In the world of science, a group of researchers from Italy announced their discovery of two new cannabinoids found in the cannabis plant. The first, tetrahydrocannabiphorol (THCP), is believed to have similar properties to THC, while boasting 30 times the potency. The second one, cannabidiphorol (CBDP), is thought to be similar to CBD.

The business world also brought a full suite of news this past week, as stocks moved down, dragging all major ETFs in the sector with them. The Horizons Marijuana Life Sciences Index ETF (HMLSF), the ETFMG Alternative Harvest ETF (MJ), the AdvisorShares Pure Cannabis ETF (YOLO), the Cannabis ETF (THCX), and the Amplify Seymour Cannabis ETF (CNBS) all posted moderate losses in the five trading days of the week.

High Times Holding Corp., the company behind some of the top cannabis brands in the U.S., including High Times Magazine and Dope Magazine, announced its CEO Kraig Fox had left the company after less than one year in charge. He was replaced by Stormy Simon, former President of Overstock, who will lead the company as it deploys its recently-announced cannabis distribution plans.

Meanwhile, biotech company FSD Pharma made its debut on the Nasdaq exchange. Shares of the company now trade under the “HUGE” ticker symbol.

Canada-based giant Canopy Growth announced it had struck a deal with 10 Ontario retail license holders for the opening of Tokyo Smoke-branded dispensaries.

Goldenseed, a California-based cannabis grower and processor announced the SEC green-lit its crowdfunded, RegA+ equity offering, which should eventually lead to an IPO.

Michigan-based Gage Cannabis Co. partnered up with Cookies, the brand launched by rapper and cannabis entrepreneur Berner. Per the agreement, Gage will sell Cookies products in its dispensaries, as well as open a Cookies branded dispensary in the famed 8 Mile Road in Detroit. The inauguration is scheduled for January 31st.

And Aurora Cannabis was hit with two analyst downgrades. Piper Sandler analyst Michael Lavery changed his rating from Neutral to Underweight, while BofA Securities analyst Christopher Carey moved from Neutral to Underperform. They both trimmed their price targets on the stock as well.

Disclosure: I serve as Managing Director at Benzinga Cannabis, and occasionally contributes to High Times’ publications, both mentioned in this article. I do not hold equity in the companies and was not compensated for this article.