A sign near Gretna, Man., warns travellers not to cross into the U.S. with cannabis. (Rémi Authier/CBC)

Marijuana seizures at the U.S. border jumped in the year after Canada legalized recreational cannabis.

That’s an increase in volume of about 75 per cent.

The upswing was less significant in terms of the number of individual seizures recorded: 3,917 in the year after legalization, compared to 3,139 incidents the year before.

CPB spokesman Kris Grogan said he sees the increase as more of an „uptick” than a drastic spike.

University of Ottawa drug policy expert Eugene Oscapella said that in regions where both a Canadian province and its neighbouring American state have legalized recreational marijuana (British Columbia and Washington, for example, or Ontario and Michigan), people may mistakenly believe they’re permitted to carry cannabis across the border, despite warning signs erected at border points and airports.

But if the Canadian government succeeds in squeezing out the black market, more illegal producers may look to move their product to jurisdictions where cannabis is still prohibited, he added.

„There’s the possibility that if they lose the Canadian market, that they’ll focus more effort on shipping it to the United States, places where it is still illegal, or to other countries for that matter,” Oscapella said.

„But I don’t know that we’ve been successful enough in getting people to shift to the Canadian legal market, that it’s really dented the profits of criminal organizations significantly here.”

Oscapella said law enforcement efforts to crack down on drug smuggling would be best deployed against dangerous drugs like fentanyl that are causing overdose deaths, rather than marijuana.

Marijuana advocate Jodie Emery said it’s possible that the spike in seizures reflects a rise in the amount of cannabis being moved to the U.S. due to an over-supply of product on the street here.

„There’s so much cannabis in B.C. that the price is dropping considerably, which means some people in need of money might try sending to Washington State for higher profit margins,” Emery said.

„But at the same time, it seems odd to take the risk of international smuggling when there’s still a massive Canadian market for that cannabis, especially the burgeoning online mail-order industry. As we know from decades of prohibition, harsh laws don’t prevent the free market from existing. It just remains underground, awaiting true legalization.” 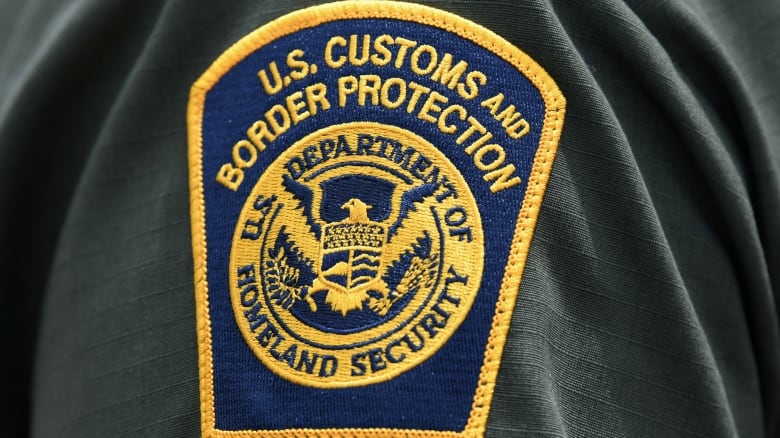 A U.S. Customs and Border Protection patch on the arm of a U.S. Border Patrol agent in Mission, Texas, July 1, 2019. (Loren Elliott/Reuters)

Emery said some of those seizures likely involve Americans returning from visits to Canada with marijuana.

„The long-running international news coverage about how Canada legalized cannabis definitely excited a lot of Americans and attracted them as tourists, so some might try to bring a memento back home to the United States,” she said.

Emery said the increase in interceptions might also reflect intensified border enforcement in the U.S.

Grogan said drug enforcement measures have remained the same since Canada legalized marijuana and that detection methods, such as sniffer dogs, will be used also to detect edible cannabis products illegally entering the U.S.

Edibles such as cookies, candies and drinks became available across Canada this week.

Grogan said travellers who try to bring cannabis and drug paraphernalia into the U.S. are subject to seizure, fines or arrest, and that non-citizens can be denied entry to the U.S.

Jacqueline Callin, spokeswoman for the Canada Border Services Agency, said legalization did not change any of the rules on transporting cannabis internationally.

„Canadian laws around travelling with cannabis remain clear and simple: Don’t take it in and don’t take it out,” she wrote in an email.

„It remains illegal to bring cannabis and cannabis products in any form, including edibles and any oils containing THC or cannabidiol, across Canada’s national borders whether you are entering or leaving Canada.”

CBSA has developed what it calls „awareness tools,” such as signage at ports, to warn people that cross-border movement of marijuana is still prohibited. Breaking the law can lead to arrest and prosecution, Callin said.