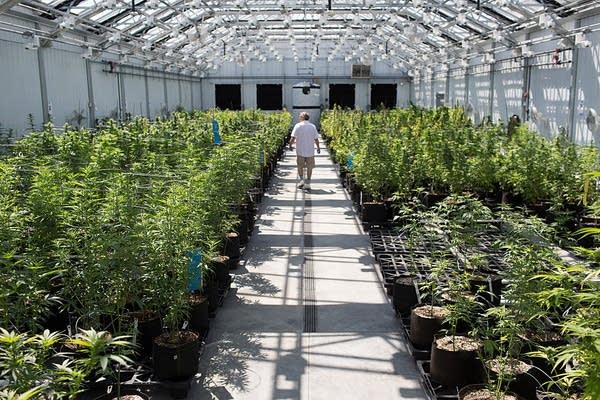 A greenhouse filled with plants at one of Minnesota’s manufacturers of medical marijuana in Otsego. Minnesota’s medical cannabis program needs tighter financial and legal controls, according to a new report by the state’s Office of the Legislative Auditor.

Minnesota’s medical cannabis program needs tighter financial and legal controls, according to a new report by the state’s Office of the Legislative Auditor.

The 44-page report is the first comprehensive look at the program since the program started dispensing medical marijuana to Minnesotans in July of 2015.

The state’s medical marijuana program initially chartered two manufacturers and put the Minnesota Department of Health in charge of overseeing the program’s enrollment and operation.

In their report, auditors wrote that the Health Department’s internal controls “were generally not adequate to safeguard financial assets and ensure compliance with selected legal requirements for the medical cannabis program.”

There was no indication that auditors found fraud in the initial enrollment of patients in the state registry that makes people eligible to purchase from 16 dispensaries across the state.

Responding to the report, Minnesota Health Commissioner Jan Malcolm said her staff would start checking the registry against state licenses quarterly to weed out ineligible health care providers. They’ve also asked the state to improve computer systems to better store information on the parents and legal guardians of eligible minors.

Health officials plan to request funding from the Legislature for a state-controlled, centralized inventory control system to track marijuana inventories. MDH, however, didn’t offer a price tag for that change or the other systems changes that it says it will need to ask MNIT Services, the state’s information technology agency, to implement. Health department spokesperson Scott Smith said in a statement that the Office of Medical Cannabis has estimated that “a software system would cost more than $2 million over three years.”

Dr. Kyle Kingsley, founder and CEO of one of the two medical cannabis providers, Minnesota Medical Solutions, counted the problems as growing pains in a new industry, and said a number of the issues raised in the report were “in the past.”

Kingsley said his company would fully comply with any changes required by the state, although some, such as “seed to sale” inventory tracking, may take “years to implement.”

The Health Department reports about 18,000 patients actively enrolled in the state registry, up from 14,400 at the end of 2018. Almost two-thirds of those enrolled list intractable pain as the reason they sought eligibility to purchase medical marijuana.

“We’re very proud of the Minnesota program, helping thousands of people avoid opioids,” Kingsley said. “And that’s one thing that often gets missed, in a critical audit report, is the amazing things that the Office of Medical Cannabis and the Minnesota program is doing for the people of Minnesota. And that’s something that’s important to balance any details that need to be improved over time.”