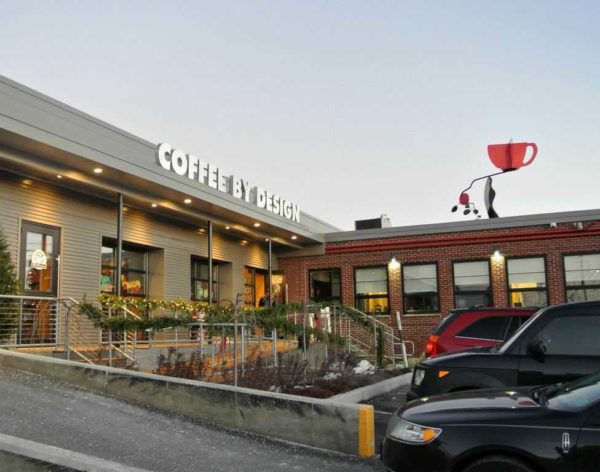 PORTLAND, Maine — Boutique Portland coffee roaster Coffee by Design settled a lawsuit on Monday with two Utah companies that sell coffee infused with cannabidiol over the use of its “CBD” trademark.

Coffee by Design, which uses a CBD logo on its coffee bags, claimed in the lawsuit initiated on May 28, 2019, that 4Bush Holdings and Desert Lake Group, both Utah companies doing business as CBD Coffee, had infringed its trademark on their packaging.

Coffee by Design holds nationwide rights to the trademark CBD for coffee, food and drinks. A trademark is a recognizable design or expression that identifies products of a particular company.

Maine U.S. District Judge Nancy Torreson ordered the two Utah companies on Monday to stop using the trademark in relation to coffee, but allowed them to use CBD in relation to their cannabidiol products. In the settlement, neither party admitted wrongdoing.

The defendants were ordered to pay an unspecified settlement to Coffee by Design, which sells millions of dollars worth of coffee annually, according to court documents.

Coffee by Design’s owners were not immediately available for comment.

In February 2019, Coffee by Design first threatened to pursue legal action against companies that confused customers by using CBD, its shared acronym with the cannabis compound cannabidiol, also known as CBD. It is the non-psychoactive chemical compound found in the cannabis plant that sellers have claimed has calming and pain-relief properties.

Coffee by Design, which started 26 years ago and now has three coffee shops in Portland and one in L.L. Bean’s flagship store in Freeport, first noticed other Portland coffee shops were adding a few drops of CBD to their coffee and using the moniker “CBD coffee.”

But it then found that 4Bush and Desert Lake were selling mail-order coffee labeled “CBD” into Maine.

The Utah companies’ packaging also contained claims of “powerful pain relief” and “relief of anxiety and depression,” according to Coffee by Design.

In the May 28 lawsuit filing, Coffee by Design said 4Bush and Desert Lake “created a likelihood of confusion in the minds of the public” over the difference between the coffees.