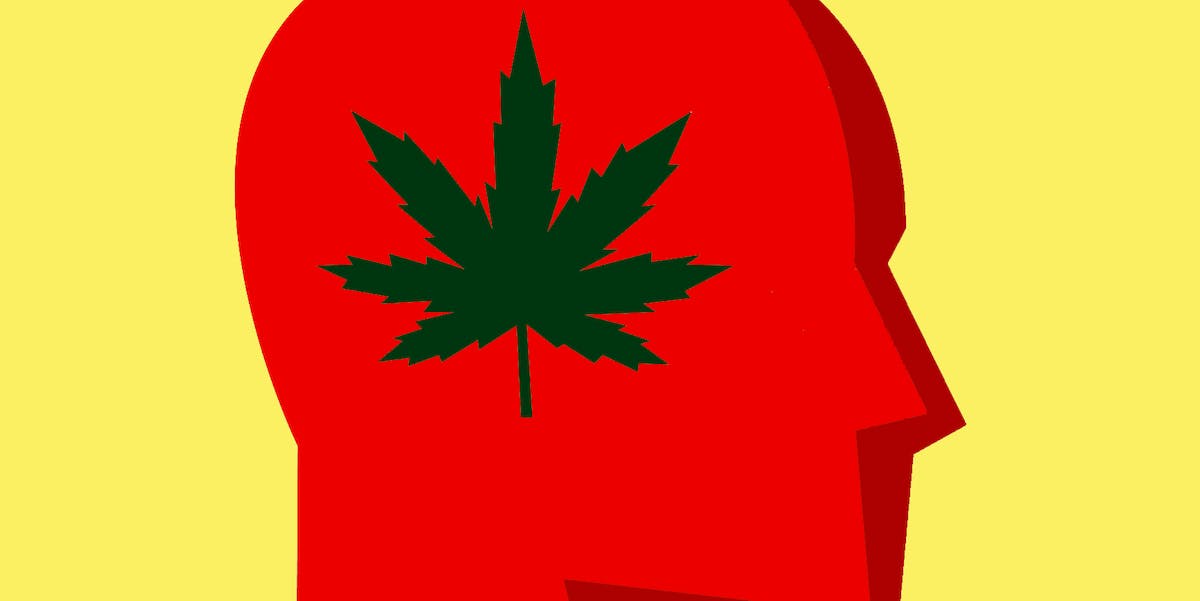 Tetrahydrocannabinol (THC), the main psychoactive compound in cannabis, doesn’t just get you high. In a worrying new study, scientists lay out the evidence for a potentially deadly affect of THC on the body — accelerating the growth of a common cancer.

“We now have convincing scientific evidence that daily marijuana use can drive tumor growth in HPV-related head and neck cancer,” Joseph Califano, researcher at the University of California, San Diego and study co-author, said in a statement.

Past studies suggesting THC and other cannabinoids have cancer-fighting effects often used levels of THC higher than those found with recreational use. But doses used recreationally clearly activate a cancer-causing pathway, Califano says.

This is a huge public health problem.”

“Marijuana and other cannabis products are often considered benign, but it is important to note that all drugs that have benefits can also have drawbacks. This is a cautionary tale.”

The startling findings were published this week in the journal Clinical Cancer Research.

To make the connection, the research team analyzed how daily marijuana use influenced the growth of cancer cells in a human papillomavirus-related head and neck cancer called HPV-positive head and neck squamous cell carcinoma. This kind of cancer (both HPV-related and not) is the sixth most common cancer worldwide.

Second, the researchers injected mice with a dose of THC designed to mimic a human’s recreational marijuana use.

They found that in both the cell lines and the mice, THC interferes with the cellular pathway, p38MAPK. The pathway regulates cell death, and when its function is disrupted, cancer cells can grow unchecked, taking off like a runaway train.

They then looked at the blood plasma levels of 32 people with head and neck cancer. The team detected cannabinoids in the bloodstream of five of the 32 patients — again, their p38MAPK pathway was disrupted, suggesting a link between their cancer growth and THC consumption.

Finally, the researchers turned off p38MAPK in the human and animal cell lines, effectively halting cancer-cell growth in its tracks. This discovery may lead to therapeutic targets aimed at p38MAPK, which could control how fast tumors grow.

The results have wide implications: HPV infections are extremely common, with over 80 percent of all men and women getting at least one type of HPV by age 45. When the immune system fails to clear HPV, certain types of high-risk HPV can linger in the body, turning normal cells into abnormal cells, and eventually cancer. Cancer can develop years after the initial HPV infection. HPV is thought to cause 70 percent of throat, tongue, and tonsil cancers in the US, according to the US Centers for Disease Control and Prevention. HPV vaccines, such as Gardasil, protect against the majority of HPV-related cancers, and the CDC recommends it is administered to boys and girls around ages 11 to 12 (although it can be given at any time between the ages of 9 and 29 years old).

Previous studies have linked daily marijuana use to increased risk of developing HPV-related head and neck cancer, but this is the first to show how the drug could be spurring on cancer growth.

“HPV-related head and neck cancer is one of the fastest growing cancers in the United States. While at the same time, exposure to marijuana is accelerating. This is a huge public health problem,” Califano said.

Califano and his team are now testing whether CBD, another active ingredient in cannabis, affects cell growth in the same way as THC.

Low HPV-vaccination rates and an uptick in marijuana use among young people has the makings of a storm, Califano said. More research is needed to determine how those two factors will play out, but if this study’s findings are replicated, they suggest that the costs could be devastating for our health.