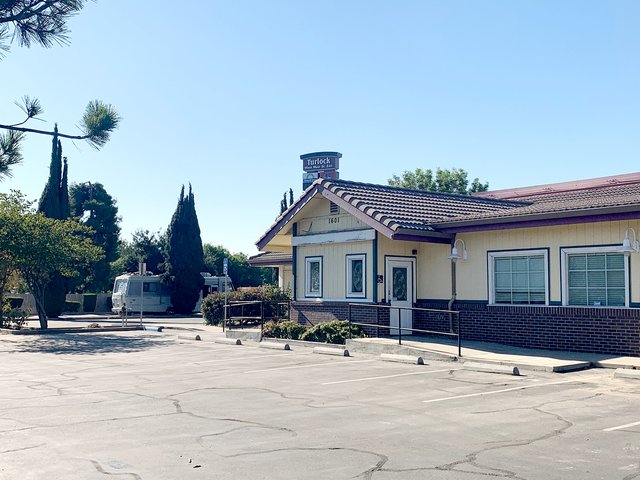 Although cannabis dispensaries have yet to pop up around town, the Turlock City Council on Tuesday decided how revenue derived from the businesses will be spent.

The City Council first approved a cannabis pilot program in June 2019, allowing four retail dispensaries and an unlimited amount of manufacturing, cultivation, distribution and testing to operate in town. At the time, City Attorney Doug White estimated that marijuana businesses would be fully operational by the first of the year. After accepting applications for dispensaries from over 30 candidates, the months-long process is now expected to be completed in time for retail storefronts to open by March at the earliest.

In anticipation of the dispensaries opening in just a few short months, Interim City Manager Michael Cooke presented a formal policy to the City Council during their Tuesday meeting that establishes how the funds collected from development agreements and sales tax will be used.

Under approved development agreements, cannabis businesses are required to pay the City a Public Benefit charge in the amount of 5.25 percent of gross receipts, with .25 percent set aside for drug diversion and education programs. The City anticipates that once all dispensaries and other cannabis-related businesses are in full operation, Turlock could see a minimum of $2 million per year in Public Benefit revenue.

While seemingly a helpful sum that could replenish the City’s struggling reserves, Cooke warned that the revenue stream is somewhat uncertain in nature due to constantly changing state — and potentially federal — regulations.

“At this time, there is no limit as to how that money is to be used,” Cooke said. “We’re not certain this is a long-term revenue stream we can rely on for multiple years, so the recommendation is not to use cannabis revenue for ongoing operational expenses — except for direct costs associated with running the program.”

Rather than simply place funds derived from the cannabis pilot program into the City’s reserves, the Council approved a policy that will see the money collected and placed into a special cannabis reserve account within the General Fund. From there, the money can be spent on: cannabis-related expenses, unfunded liabilities and Capital Expenses for one-time emergency Capital Improvement projects.

“I think as a Council, our first goal is to establish what we value, which is fiscal responsibility…(this policy) checked off all of our boxes; we wanted to establish a fund that looked kind of similar to our reserves that was discretionary so we can see it every budget process that comes around,” Councilmember Nicole Larson said. “If it does come down the pipeline where we do need to assess a one-time funding or we do need to figure out our engineering fund deficit immediately, we’re going to be able to have that and we’re going to be able to say that these dispensaries actually paid for that expense or that identified program rather than having it be thrown into a pot.

“This allows us to use cannabis money to directly attack a problem,” Larson said.

The only ongoing operational expenses that the cannabis funds will be used for are the direct costs associated with running the cannabis pilot program, including security for both the collection and deposit of the all-cash revenue, enforcement of the pilot program, monitoring businesses for compliance with their development agreements, auditing, code enforcement and any legal fees that may arise.

“The planning department, police department, fire department and other City departments will spend time making sure the businesses are operating properly,” Cooke said.

The cannabis funds can also be used for unfunded liabilities under the new policy, such as asset replacement (like City facilities, equipment and vehicles), the current deficit in the Engineering Fund, Landscape Assessment or CalPERS Unfunded Liability.

“Those unfunded liabilities could be paid back over time with cannabis funds,” Cooke said.

Lastly, the City Council can use cannabis funding for one-time emergency Capital Improvement projects, which could vary as needs arise.

“This is what we were going to use the General Fund reserve for, but if something goes bump in the night we didn’t plan for, like a new roof or air conditioning unit, the funds could be used for that,” Cooke said.

The new cannabis revenue policy was approved by the Council with a unanimous vote, marking the first time Mayor Amy Bublak has approved any agenda item related to cannabis.