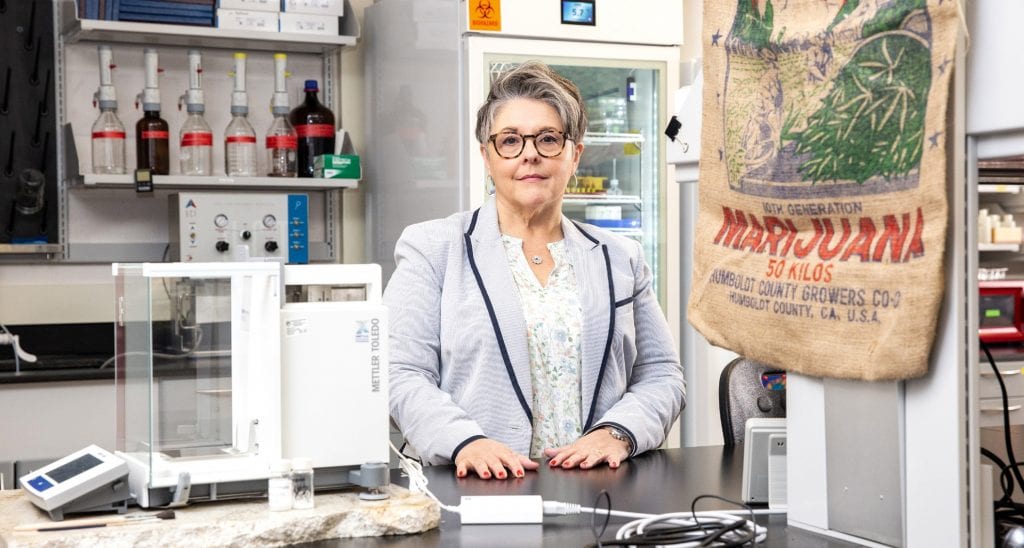 Michelle Peace, a forensic toxicologist, at her lab at VCU. PARKER MICHELS-BOYCE

It’s a versatile, all-natural drug that proponents say can blunt everything from chronic pain and depression to insomnia, anxiety and post-traumatic stress disorder.

But now that cannabidiol, or CBD – a chemical compound found in marijuana that offers supposed health benefits without getting its users high – can be found at every other gas station and drug store, what are its actual pros and cons? 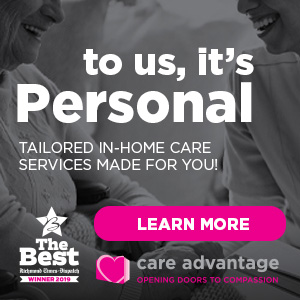 According to Michelle Peace, a forensic toxicologist and associate professor at Virginia Commonwealth University, the risks greatly outweigh the benefits that have been scientifically proven thus far. Because CBD isn’t regulated by the U.S. Food and Drug Administration, Peace says there’s no telling if the products – which include oils, gummy bears, capsule pills and vape juice – contain what they advertise or that they’ll have any beneficial effect.

Through her own testing on various CBD products in the market, Peace has found that some contain dangerous synthetic cannabinoids – such as the designer drug Spice – and give users a hallucinogenic experience they weren’t expecting.

One such case involved a graduate student at another university who reported a “harsh, intense high” that he wasn’t anticipating after using a CBD vaping liquid.

Through testing some of the student’s remaining liquid and other products sold by the company Diamond CBD, Peace found the synthetic compound 5F-ADB, which has been linked by the Drug Enforcement Agency to convulsions, anxiety, psychosis and even death. These are products that Diamond CBD’s website marketed as containing 100% natural CBD.

Since that story made the rounds in the press last year – including in the New York Times, USA Today and Consumer Reports – Peace says dozens of people have reached out to her saying they also experienced unintended side effects from using CBD products. She says her findings are all the more troubling because people seeking out CBD are often seeking relief from actual health issues.

“[These are] people who are looking for some kind of medical therapy for anxiety or PTSD or lower back pain, or their kid has seizures or whatever, so these people are already immuno-compromised,” Peace says. “The risk of them now taking a product that is adulterated goes up, so we [researchers] were really enraged by this.”

So far, the only FDA-approved drug containing CBD is Epidiolex, which is prescribed to treat seizures in patients with intractable forms of epilepsy. Studies into CBD’s other potential uses exist, and some show possible positive results, but many of those studies were conducted on animals and actual findings haven’t kept pace with the substance’s hype or popularity.

“There’s not been a whole lot of science to explore and evaluate all of those claims,” Peace says.

Though CBD products had begun to proliferate beforehand, the industry received a shot in the arm a little over a year ago when President Donald Trump signed the 2018 Farm Bill into law. Suddenly, products derived from hemp – cannabis containing less than 0.3% THC, the plant’s main psychoactive compound – could be sold legally. Almost overnight, the CBD market sprang up, including at least three CBD-focused stores in Chesterfield.

In addition, there’s Avail Vapor, a Midlothian-based e-liquid manufacturer with 101 stores around the East Coast and Midwest.

Donald Hashagen, vice president of business development for Avail’s sister company, Blackbriar Regulatory Services, says Avail got into the CBD business in early 2019, just after the passage of the Farm Bill. Blackbriar handles procurement of CBD from vendors it trusts and oversees its testing by a third party.

Hashagen declined to name the company’s CBD sources or who conducts its third-party testing, saying this was proprietary information. As for CBD’s purported health benefits, Hashagen says that depends on the consumer.

“If there are health benefits, they’re going to affect everyone differently based on your body composition and how your body reacts with the cannabinoids in the CBD,” he says.

According to Hashagen, even though the company can’t speak to any health claims, it decided to produce CBD products – including in vape, tincture and cartridge formats – to help customers.

“Our game plan has always been to put products out there that helps people make their lives better, so CBD seemed to fit right into that mission,” he says.

In Blackbriar’s processing efforts, Hashagen says they’re preparing for a day when the FDA will step in and regulate them.

“We’ve always been the Boy Scouts in the vaping industry, so I’m going to say that we’re being very regulation-minded about our CBD,” he says. “We know sooner or later the FDA is going to join in the fray.”

Currently, the FDA is in the process of evaluating the literature that’s available, but Peace says it will likely be years before it regulates the CBD market. Until then, the CBD industry is on its own, which troubles Peace.

“You cannot have the fox watch the hen house,” Peace says. “You have to have independent, third party analysis to demonstrate that a product has in it what [they say] it has in it.” |

This article appeared in print in Health Matters, a special section of the Chesterfield Observer.