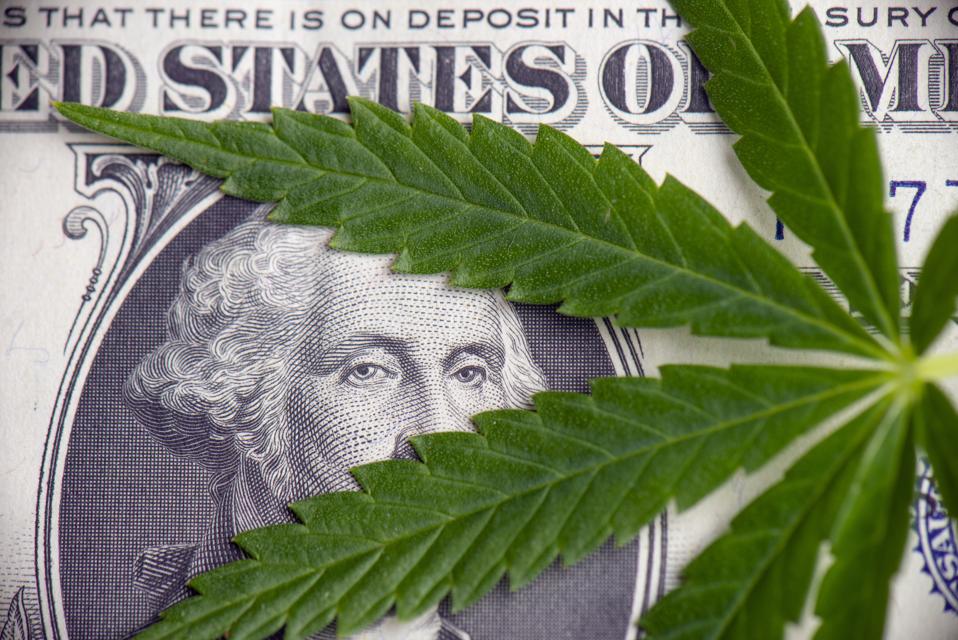 Michigan regulators have proposed that all its adult-use marijuana providers contract with unions in order to get their operating licenses. That has the business community in this new industry up in arms.

Nice business you’ve got here… it’d be a shame if something happened to it.

Protection money is defined by the Business Dictionary as “sums extracted from an entity by a criminal, gang leader, or government official to ‚protect’ the entity from other criminals, trouble makers, or regulatory agencies. Its demand is accompanied by an express or implied threat that its non-payment will bring great harm to the non-payer.” That’s the scenario being painted by some critics of the Labor Peace Agreement proposal put forward by the administration of Governor Gretchen Whitmer (D) for obtaining a license to supply cannabis in the state’s new adult-use marketplace. What should have been the straightforward specifying of licensing rules for the burgeoning new industry has now instead become a bitter battle.

The rule consists of a single paragraph among pages of proposed rules: “Labor peace agreement means an agreement between a licensee and any bona fide labor organization that, at a minimum, protects the state’s interests by prohibiting labor organizations and members from engaging in picketing, work stoppages, boycotts, and any other economic interference with the applicant’s business.” The administration’s explanation, via the Department of Licensing and Regulatory Affairs (LARA) and its Marijuana Regulatory Agency (MRA), has been that it’s required to avoid having the newly-legal casual use of cannabis revert back to the illicit market in case such disruptions hampered product availability. In an early December meeting with state lawmakers, MRA Director Andrew Brisbo said, “There is a fully robust illicit market [for cannabis] in Michigan and we’re trying to pull that into the regulated market. The risks of disruption to the regulated environment are challenges for the industry operators and consumers, but could have specific impacts on the public health and safety.”

That explanation, though, doesn’t wash with the critics. “This really came out of left field,” said Brian Calley, the state’s former Lieutenant Governor and now President of the Small Business Administration of Michigan. “We’re seeing a huge increase in administration tactics like this. There’s nothing in the Michigan law about cannabis to support this – it’s 100% made up.” While some have attempted to justify the rule by comparing it to a similar requirement in California, the rule there was explicitly spelled out in the ballot initiative passed by the state’s voters. Michigan’s new law, passed by referendum in 2018, contains no language of that kind. 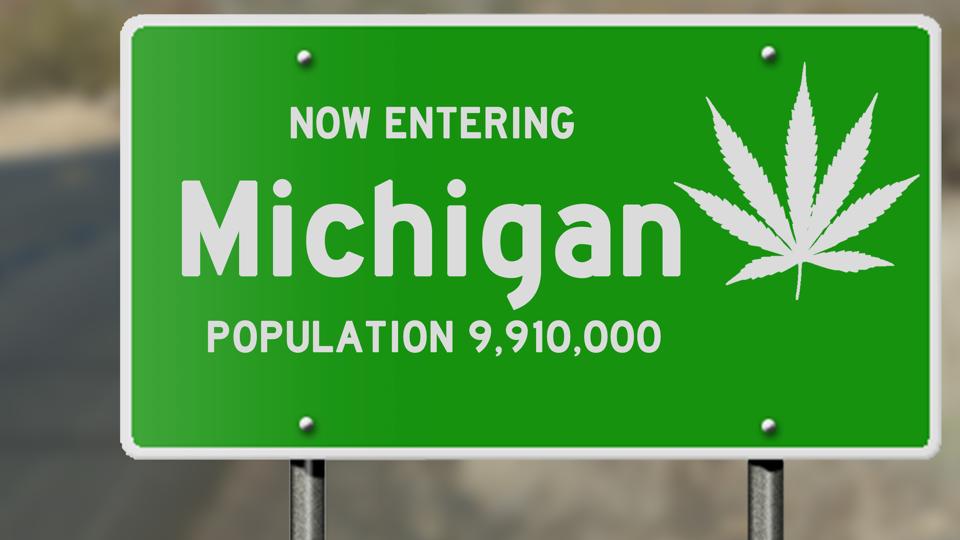 Michigan’s voters legalized adult-use cannabis by referendum in 2018, but the law had no „labor … [+] peace agreement” wording

Robin Schneider, Executive Director of the Michigan Cannabis Industry Association, which represents over 200 businesses in the field, said, “Many of our members have expressed that they are not anti-union. Rather, they are opposed to the forced signing of a legally binding contract with a union in order to obtain a state license to operate a business. Our members wish to be treated equally as every other legal industry is treated.”

That disparate treatment is a cause for concern in multiple ways. “Other members of the Association have voiced stronger opposition to the mandate, citing the fact that Michigan does not require any other industry to sign union peace agreements in order to operate a business,” Schneider said. “They want to know, ‘Why is our industry being singled out?’” Calley expressed even greater concerns. “We have a history in Michigan of union shakedowns,” he said. “During the Granholm administration, they began deducting union dues from [self-employed] home health care workers. So it’s not unprecedented to pull this kind of thing, but it’s really disappointing.” He also worried that this might just be the beginning of such requirements for licensing. “Consider all the different businesses that require state licenses,” he said. “Why not do this to them too?”

There are other serious concerns over the specifics of the proposal, since it included no details. How could such a contract effectively prevent union work disruptions? How would a single union provide adequate protection, given that multiple unions could conceivably launch organizing efforts in these businesses? “Our members have questioned, ‘How does a business owner fairly negotiate the content of a peace agreement if they are being forced to sign that agreement?’” said Schneider. Calley added, “It’s hard to know all the components of this. What does a business pay?”

The companies Schneider’s group represents also have concerns that this could lead to a de facto closed shop requirement. “It will be difficult for a licensee to negotiate a fair peace agreement when they have no choice but to sign it.” This skewing of the balance between companies and unions has led to similar regulations being overturned elsewhere. In 2005, the U.S. Court of Appeals for the 7th Circuit ruled that a similar regulation for Milwaukee, Wisconsin, county government contractors was preempted by the National Labor Relations Act. 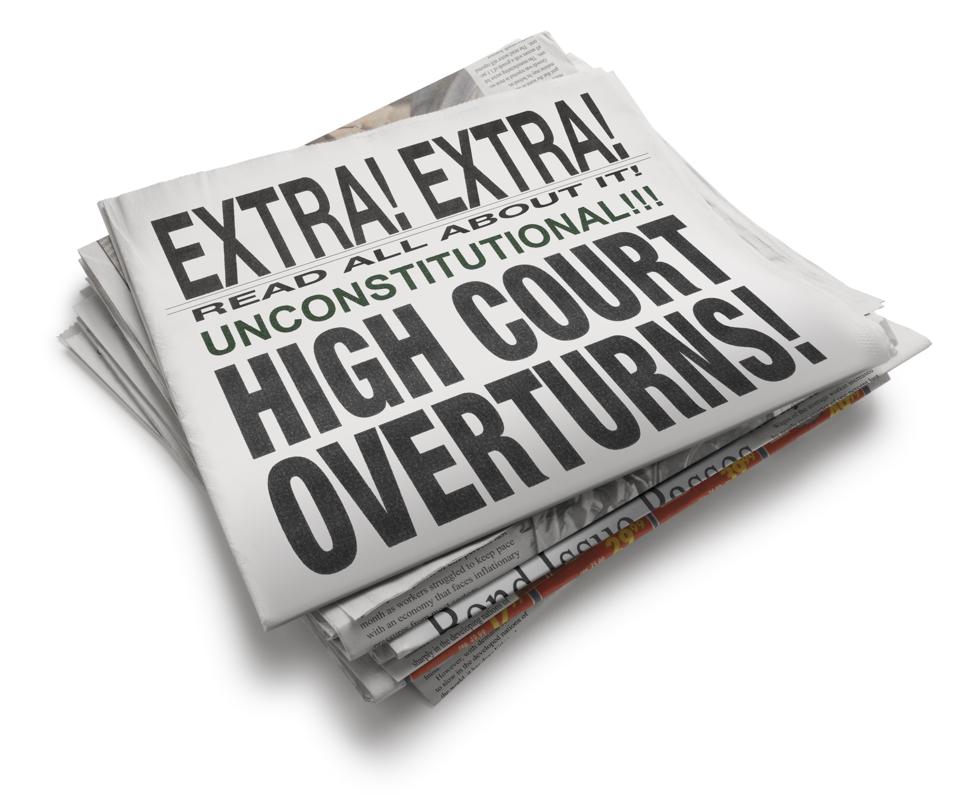 When the controversy first erupted last month, regulatory officials at first tried to defend the proposal. As criticism has grown, though, they’ve largely gone silent. (My request for comments from LARA/MRA has gone unanswered as of this writing.) The governor, after early reports indicated her support for the proposed rule, now disavows any prior involvement in the controversy. In an interview with Michigan Public TV reporter Tim Skubick on December 27, Whitmer said, “…I’ve not weighed in personally on that one… I’ve got to be convinced of what the right thing to do is, and then I’m going to do that.” She dismissed the comparisons with protections rackets, however, as “outrageous.”

The state’s adult-use cannabis industry is currently operating under emergency rules that will remain in effect until the permanent regulations are approved. The MRA has a public hearing on the rules scheduled for February 12, after which the rules go to the state’s legislative Joint Commission on Administrative Rules (JCAR), which can accept or reject them, or take no action. If they reject the rules, the legislature has a year to pass an alternative. So it could be quite a while yet before the debate over the Labor Peace Agreement proposal is settled, unless the administration withdraws the proposed rule as vocal critics will doubtless urge in the hearing.

In the meantime, Schneider’s group remains troubled, but willing to work with the administration. “This is another example of the type of costly over-regulation that our industry is currently facing in 2020,” she said. “Although we believe that many of the Administration’s proposals are well-intentioned, the success of Michigan’s burgeoning cannabis industry will in large part depend on the establishment of a fair and transparent regulatory environment. We are diligently working with our allies in government in a bipartisan manner to ensure that we get this right.”

Calley has a less optimistic view. “In Michigan now, the state government is actively aiding unions in going back to forced unionization,” he charged. “Instead of forcing the employees to join the union, they’re forcing companies to accept unionization through requiring contracts like these. It’s an end-run around our Right to Work law.”