A forthcoming medical cannabis bill will contain an expungement provision for patients prosecuted in the past for possessing the substance to treat their ailments.

The anticipated legislation will likely suggest dozens of other tweaks to the state’s medical cannabis law in the months before the full program is slated to go live. The bill is in drafting phases, and elements are still in flux, but advocate Connor Boyack said he believes it will create a more patient-centered system for delivering cannabis treatments.

“We think this positions us well to continue to improve the program,” said Boyack, president of the libertarian Libertas Institute.

The expungement option will be a key piece of the proposal, along with the deletion of an unpopular requirement that marijuana flower must be sold in a blister pack. The updates will likely call for selling cannabis buds in glass jars, although there will still be an effort to ensure consistency in dosing, Boyack said.

„Blister packs were something we had to get away from for industry and for patients,” said Desiree Hennessy, executive director of the Utah Patients Coalition. „It was just too costly.”

Senate Majority Leader Evan Vickers, R-Cedar City, will be sponsoring the legislation with an assist from Rep. Brad Daw, who predicted that officials will continue refining the state’s cannabis program for years to come.

„The overall goal is the same: To get legitimate, high-quality medicine to those who have a legitimate need,” Daw, R-Orem, said. 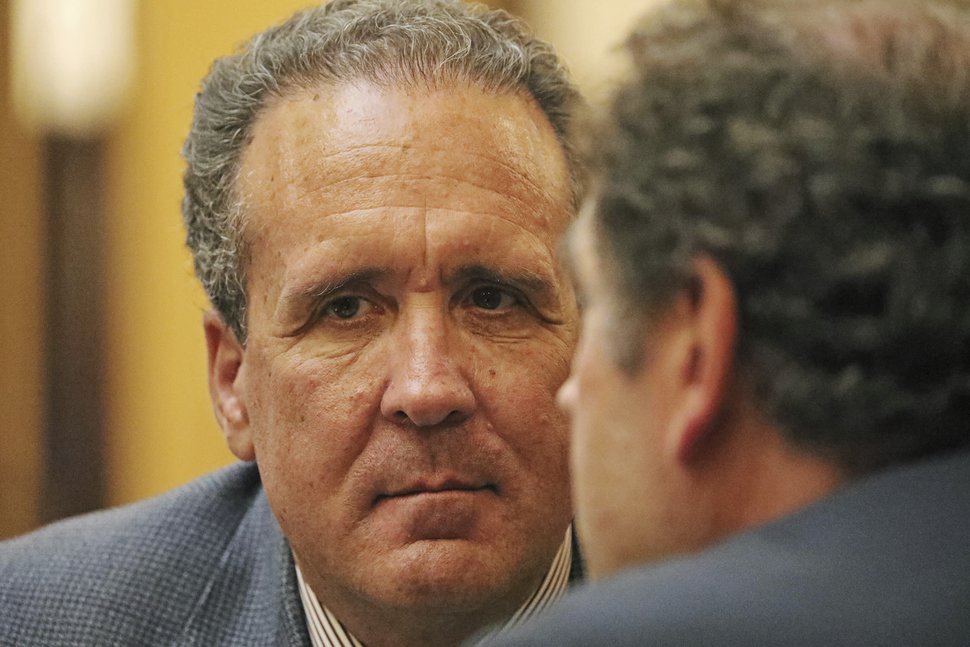 (Rick Bowmer | AP file photo) Brad Daw, left, R-Orem, speaks with Brian King, D-Salt Lake City, on the floor of the Utah House of Representatives, Sept. 16, 2019, in Salt Lake City. Utah lawmakers are expected to consider changes to the state’s medical marijuana law, an issue that has faced fierce criticism from people on both sides of the debate.

Boyack said the expungement provision will likely be available to people with a qualifying condition who used cannabis in one of the approved medical forms; the state’s law restricts the amount of marijuana a patient can possess at any one time and prohibits smoking the substance.

The upcoming bill could specify that if someone in this situation claims he or she was only using CBD, the government couldn’t impose sanctions without offering additional evidence of marijuana possession, he said.

Boyack said the legislation might also address methods of testing for driving while impaired by marijuana.

Boyack said the proposal could narrow the testing to focus on certain active metabolites that don’t linger for as long in a person’s system, a change that would probably apply to medical and recreational users alike.

„We want to be careful about that because of the whole idea of Dr. Feelgood,” Daw said.

The bill will be considered in the Legislature’s upcoming 45-day session, which will begin Jan. 27.