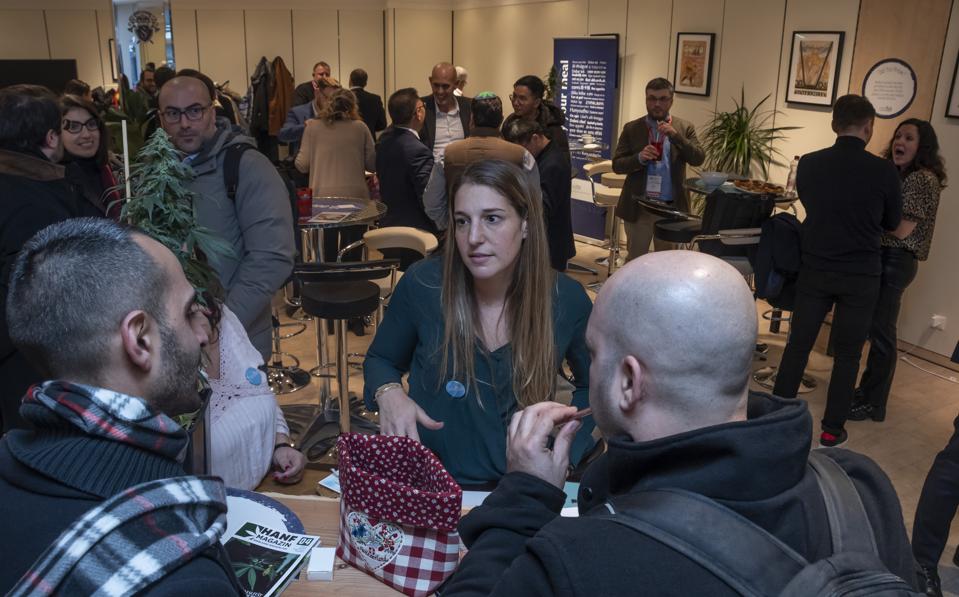 At this week’s World Economic Forum (WEF) in Davos, Switzerland, where the cannabis industry enjoyed a whole pavilion of its own (in contrast to how it was muffled at CES in January), the biggest takeaway was where cannabis is headed in terms of human health, according to a principal involved.

“Plant-based medicine is the future of therapeutics, both in the human-based pain regulation and all the way up to psychedelic regulation; and this is becoming the forefront of the conversation here,” declared Saul Kaye. Kaye is founder and CEO of the Israel-based investment platform iCAN (Israel-Cannabis), and founder of Canna Tech, the cannabis conference platform sponsoring “Cannabis House” at the WEF.

“People are really intrigued by the therapeutic methodologies behind ancient therapies,” Kaye continued, during an interview from Davos.

“I think the takeaway is you finally have a set of molecules from a botanical source that has commercialization ability over and above what has been experienced in single-molecule medicine.,” Kaye said. “So if you’re looking at optimizing, say, tomato-growth potential, or grapes, it’s dollars per ton. In cannabis it’s cents per kilogram. So, you finally have the money to drive a tech-based industry into an industry that is already &lsqb;recreationally&rsqb; using cannabis.

In the interview Kaye accorded almost rock-star status to one of his speakers at Davos, Rick Doblin, executive director of MAPS, the Multidisciplinary Association for Psychedelic Studies, in California.

Doblin has delivered a TED talk on the future of psychedelic-assisted psychotherapy. And at Davos there was strong interest in the plant-based psychedelic molecules Doblin works with, Kaye said.“If you look at cannabis as an entryway into the market for botanical-based medicines, you can look at mushrooms, psilocybin,” said Kaye, who is himself a pharmacist. “You can look at ibogaine,  ayahuasca, which are new medicinal models that are breaking out in the world based on botanical medicine that has been illegal for the last 100 years.

“Cannabis has elevated access to all kinds of botanical-based medicines, which ultimately can change mental health, physical health; and it’s a fascinating area that we can talk about and elevate the conversation around.”

Other topics at the cannabis forum – the second such cannabis event at the WEF overall, which annually attracts world leaders and CEOs – merited an “elevated” conversation of their own, Kaye said.

A speaker from StemCell United, for example, addressed the fast expansion of CBD companies in Asia, building on what Kaye termed “a global de-stigmaization” across the Asian markets. The result, he said, has been to begin changing the traditional impression of cannabis from “This is illicit, this is a drug,” to, “This a research drug that is much safer than alcohol and tobacco.”

During Davos’s 20 cannabis-themed presentations, Vanguard Scientific Systems also spoke about the extraction market and “how to play in a market that is heavily “geo-fenced,” as Kaye termed it. Moving cannabis from California to the rest of the U.S., never mind to other countries, continues to remain a difficult challenge.

Artemis Growth Partners, meanwhile, addressed the how-to’s for financing cannabis across multiple verticals and regulatory environments. The World Economic Forum’s host country, Kaye pointed out, offers an advantage: Switzerland allows up to 1 percent THC in products manufactured locally versus those in other countries, which typically draw the line at 0.3 percent.

Another advantage for medical and wellness startups is the relatively liberal environment Kaye’s home country of Israel offers for such activity — in contrast to they find in many other nations.