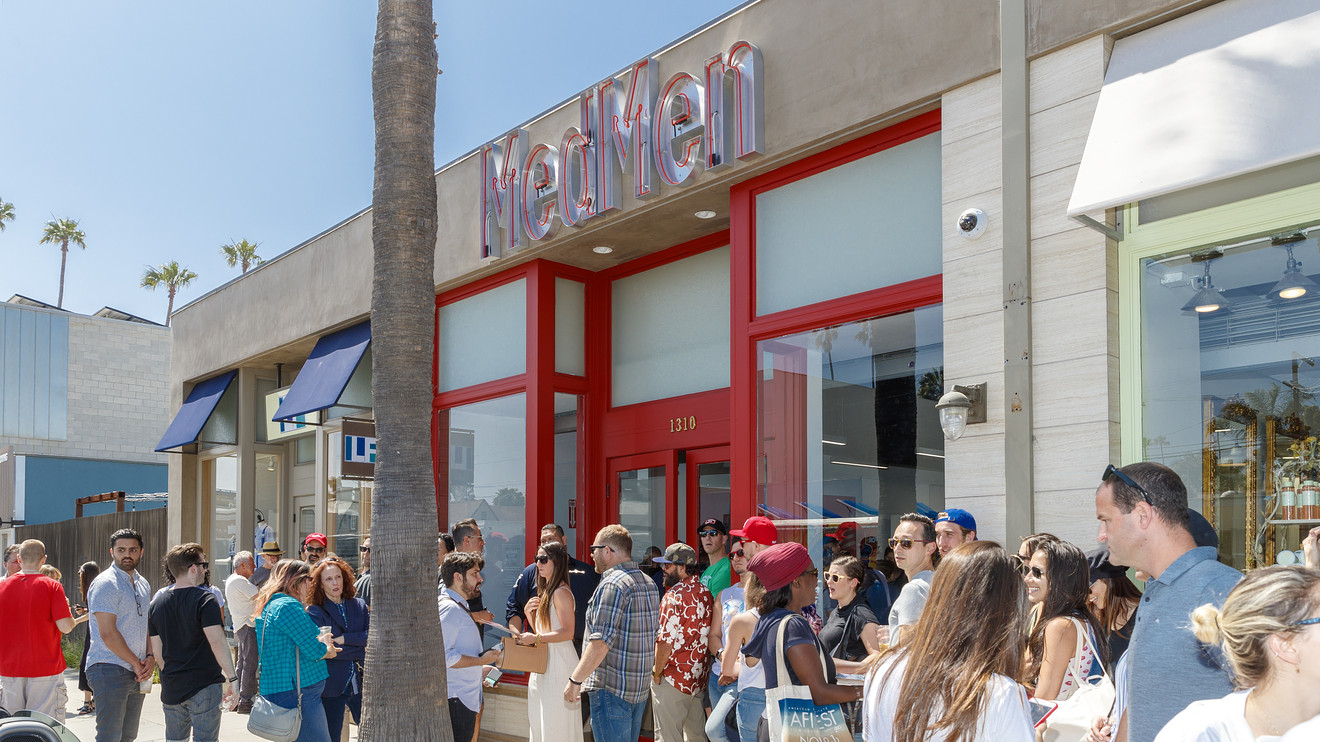 U.S. marijuana retail chain MedMen Enterprises Inc. has been offering vendors shares in its company as payment for cannabis products amid a cash crunch in the industry.

In an email reviewed by MarketWatch, MedMen MMEN, +1.59% MMNFF, -0.62%  offered a supplier the full value of the amount owed in MedMen class B non-voting shares, a payment plan for the full value or a one-time cash payment of half the outstanding value. MedMen Chief Financial Officer Zeeshan Hyder confirmed that the company, which announced massive layoffs and other changes late last year, is offering to settle some bills with stock.

“As part of the restructuring, the company has been actively working with its retail vendors on modifying payment terms, which in some cases include stock consideration,” he said in an emailed statement.

MedMen’s situation highlights the difficulties many weed businesses in the U.S. and Canada face in raising financing, as the torrent of cash that had fattened pot company coffers has slowed to a drip. According to data from Viridian Capital Advisors, which tracks cannabis capital raises, the slowdown began in March 2019 and financing cratered by the last two months of last year. Overall, capital raises for public and closely held weed companies fell 20.3% in 2019 from 2018, for a total of $11.3 billion.

“Since late 2015, there has been a mad rush,” Scott Greiper, president of Viridian Capital Advisors, told MarketWatch. “But it has all stopped in 2019.”

MedMen is one of the largest weed retailers in the U.S., with 33 stores across nine states and $44 million in revenue in the fiscal first quarter. Its attractive set of retail properties include a location in Manhattan’s Times Square and a store along the posh Abbot Kinney Boulevard in Venice, Calif. MedMen has likened itself to the “Apple Store of pot,” according to a filing with Canadian regulators, and has advertised heavily in states where such activity is legal.

Paying vendors with stock is part of a larger strategy MedMen is deploying to reduce its overhead and conserve as much cash as possible, according to Hyder.

“The company has been increasingly focused on managing its working capital and has continued to communicate payment status to its key vendors,” Hyder said in his emailed statement.

U.S.-traded shares of MedMen, which trade over the counter and are listed on the Canadian Securities Exchange, have lost 84% of its value in the past year, and now investors could be further diluted by issuing shares to pay its bills. Seaport Global analyst Brett Hundley says that the small amount of stock MedMen is likely to issue won’t affect the stock price that much because there are already more than 588.4 million outstanding shares, according to FactSet.

Hundley says that as funding dried up in the equity markets around September 2019, MedMen was slow to realize that it would be unable to attract investors and, as a result, was late to install cost-cutting measures and other moves necessary to keep the business afloat. Months later, one of its chief sources of capital dried up: according to a December note from Hundley, MedMen management said it doesn’t expect to be able to access the remaining $115 million available to it from $250 million convertible debt deal it inked earlier in 2019. Gotham Green Partners is a weed-focused private equity firm that has backed the likes of Cronos Group Inc. CRON, -1.00% CRON, -1.37%  and iAnthus Capital Holdings Inc. IAN, +0.00% IAN, +0.00%.

Read: Cronos paid $300 million for a small CBD company, and CEO’s private-equity firm stands to collect $120 million of it

MedMen has had no choice but to slash costs as the reality of the market set in, including the cancellation of a planned $682 million all-stock acquisition of PharmaCann LLC. After Wall Street reacted with “incredulity” to the company’s selling, general and administrative expenses line of roughly $100 million, according to a note Hundley wrote to clients in December, executives have put in place a plan to cut $70 million of operating expenses by March. The company is also quietly shopping around a license it owns in New York, which may be worth $50 million to $100 million, Hundley says. It’s also selling non-core assets in Arizona and Illinois, and pulling back on capital expenditures and slowing down store construction, according to the company’s filings with Canadian regulators.

See also: Shorting cannabis stocks was a billion-dollar idea in 2019

All of MarketWatch’s cannabis coverage