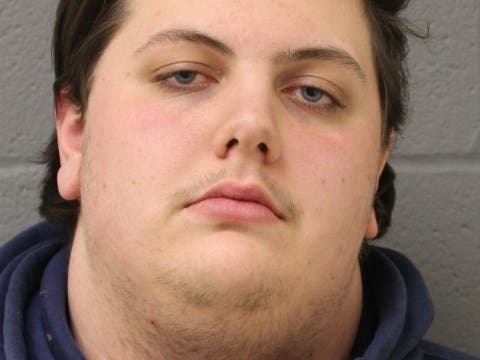 NEWTOWN, CT — A Stratford teen was arrested after he was found in possession of a large quantity of THC vape cartridges, according to police.

Officers pulled over a car that didn’t have a front license plate Tuesday evening and found the items inside, police said.

Andrew Geriak, 18, was charged with possession of marijuana with intent to distribute and failure to display plates. He was released after posting a $500 bond.