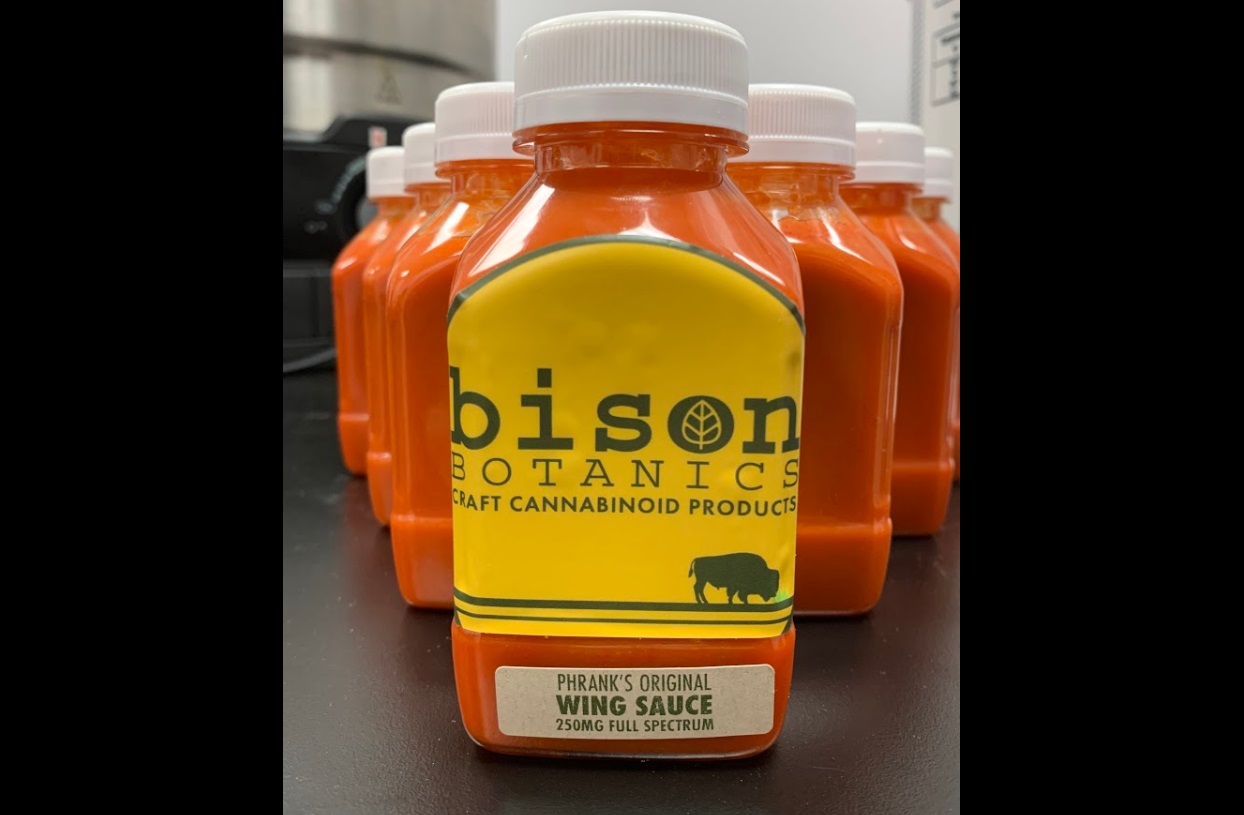 Signs for CBD oils and samples are prevalent in the Buffalo-area, but few businesses can match the creativity of Bison Botanics.

Leading up to Super Bowl LIV on Sunday, the Kenmore craft cannabidiol purveyor has announced a sample release of Phrank’s Original Hot Sauce, a CBD-infused product intended to be slathered on chicken wings.

„We’ve been experimenting with this for a while, and if [CBD in food] is legalized, we wanted to be first to have it in a hot sauce,” said Justin Schultz, president of Bison Botanics. To his knowledge, it would be the first time CBD has been a featured ingredient in a Buffalo hot sauce.

The 8-ounce bottles may be picked up from the store, at 1100 Military Road, in return for a donation to WNY Norml, a local nonprofit that advocates for the legalization of recreational marijuana. The hot sauce bottle includes 250 milligrams of CBD, about enough to cover two dozen wings, which amounts to roughly 10 milligrams per wing.

„It tastes very similar to typical wing sauce, with a little butter mixture,” Schultz said, adding the local company prides itself in handcrafted CBD extracts that intentionally reduce the aggressive flavor many experience with CBD products.

Wing eaters won’t get a high off the sauce – there are trace amounts of THC, the mind-altering compound in marijuana, present in Bison Botanics’ Full Spectrum formula – but proponents of CBD, the other major compound in marijuana, have seen anecdotal benefits in pain relief, in managing anxiety and depression, among other areas.

While CBD products are legal – with increased regulation signed into law by Gov. Andrew M. Cuomo in December – the New York State Department of Agriculture forbids selling foods containing CBD, either as an additive or ingredient. That’s why Bison Botanics can offer Phrank’s as a sample product.

Bison Botanics has been open in the former Watson’s Chocolates production facility since Dec. 1, 2018.